Stirring the Pot: Craft a Recipe, Craft a Life

Ruthie Cohen
Hang out by the stove with Ruthie Cohen as she creates ratatouille from a pattypan squash that has been intimidating her for a week. In her food column, "Stirring the Pot," a Limestone Post exclusive, the mischievous sage contemplates the simple and often mysterious sauce of life, while always “respecting the alchemy.” Click here to read the full story.
Read More

Dancin’ in the Streets (and Much More) Lotus Festival 2015: The Street Scene

Miles Reiter
It may never change its name to Lotus World Music, Arts, Food, and Street Festival, but it could. While music from around the world fills the tents downtown during the Lotus World Music and Arts Festival, musicians, dancers, artists, and other performers fill the streets outside the tents, especially Kirkwood Avenue and 6th Street. Videographer Miles Reiter caught much of the action and artistry on tape. Check out his video, “Lotus Festival 2015: The Street Scene,” here.
Read More 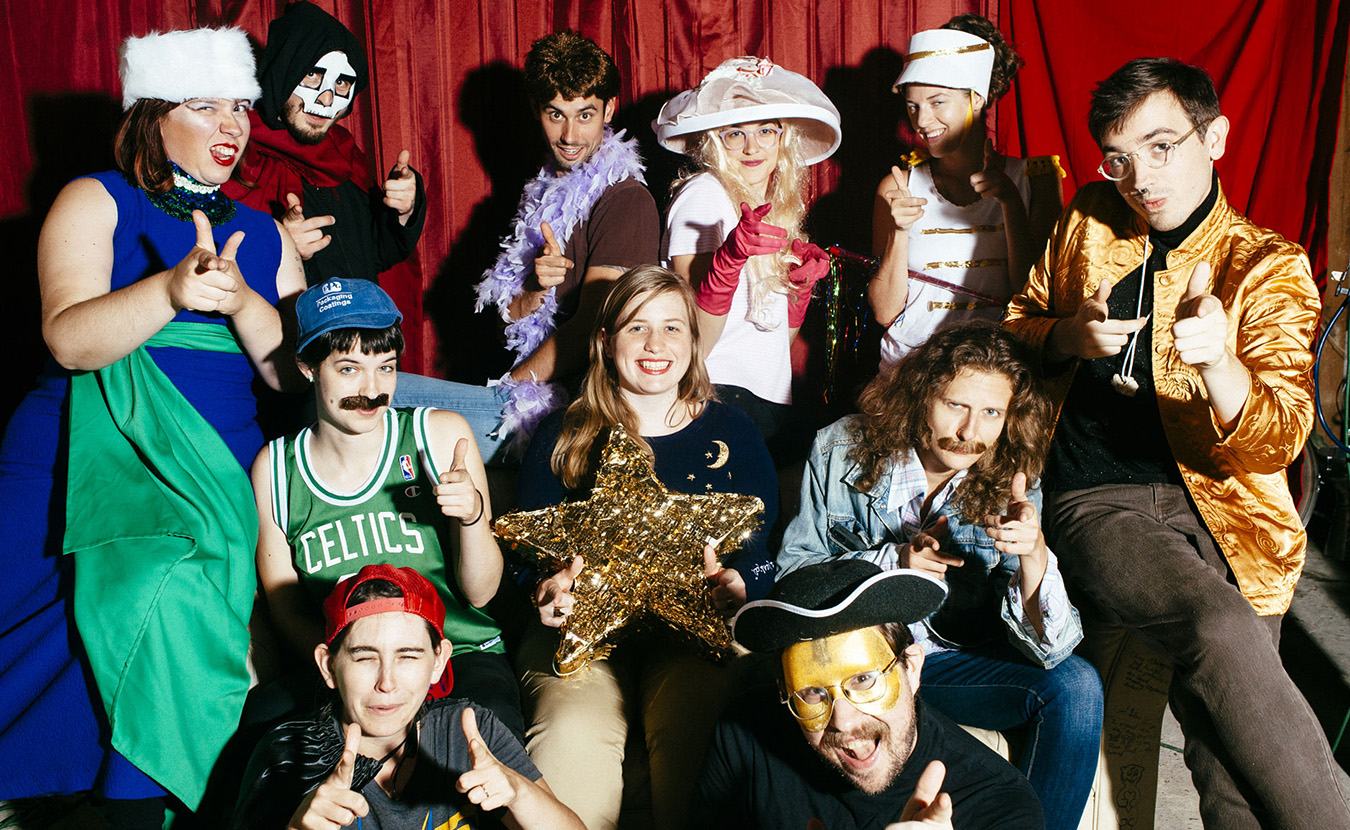 McKee Woods, Natasha Komoda
McKee Woods and Natasha Komoda attend rehearsals of Trading Faces, the latest play from Sitcom Theatre, a local theater troupe that creates experimental plays “with a tight lens on the absurd and cleverly bizarre.” Co-founders Bethy Squires and William McHenry reveal how their creative inspirations (from ’50s sci-fi movies to Friends sitcom episodes to the local punk-rock scene) help to inform their themes — whether wacky, campy, straight, or queer. They will perform Trading Faces Friday, September 25, at The Back Door. Show at 8 p.m., doors open at 7. Click here to read the full story.
Read More

Trent Deckard
In this Limestone Post series, local videographer Trent Deckard takes us on three-minute tours of neighborhoods in Bloomington and surrounding communities. Deckard’s first visit is to Maple Heights, a discrete neighborhood on the north side of downtown Bloomington. After talking to some of the “genuinely sweet people who live there,” Deckard says he’d like to live there, too. “No — seriously,” he says, “I want to live there.” Click here to watch the video.
Read More 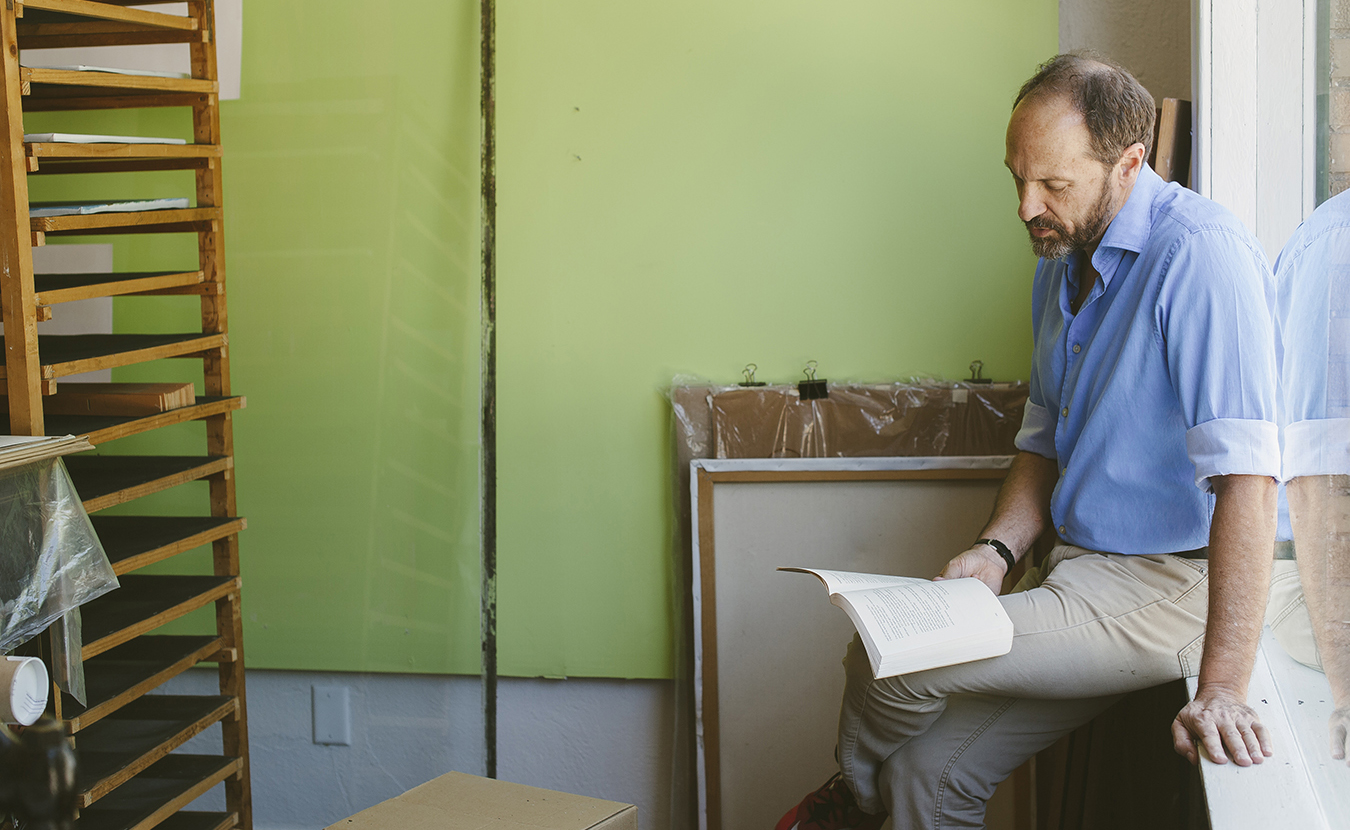 Brian Hartz, Natasha Komoda
Publisher, poet, playwright, promoter — all of these describe David Torneo, but you could just as easily call him Bloomington’s Ambassador of Poetry. Torneo may spend more time promoting the work of other poets than he does his own, whether by organizing book launches and public poetry readings for local and national poets or interviewing poets for podcasts. He also publishes Ledge Mule Press, a quarterly publication made in limited editions with handmade techniques. Click here to read the full story.
Read More 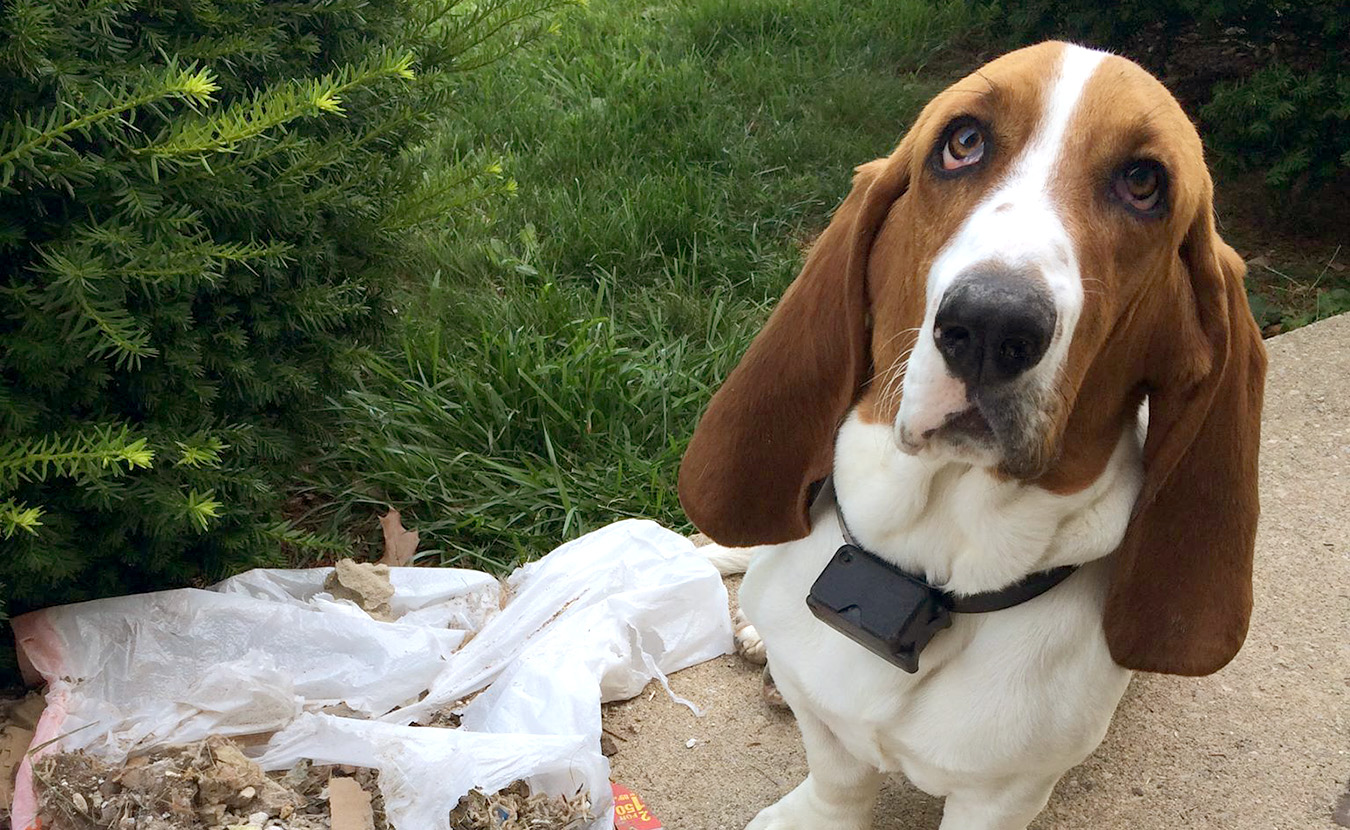 Zak Szymanski
Zak Szymanski is one of 2,000 sleepless members of a virtual community who snoop through Bloomington’s very real neighborhoods and sniff down random streets looking for tiny, terrified creatures — B-town’s lost pets. But beware: joining the group might change your behavior. Click here to read the full story.
Read More Lindsay Welsch Sveen
Knitting and other fiber crafts have found a new generation of enthusiasts who care about the source of their yarn as much as about its color and pattern. In this first installment of a 3-part series, Lindsay Welsch traces yarn to one of its local sources, Marble Hill Farm. Click here to read the full story.
Read More 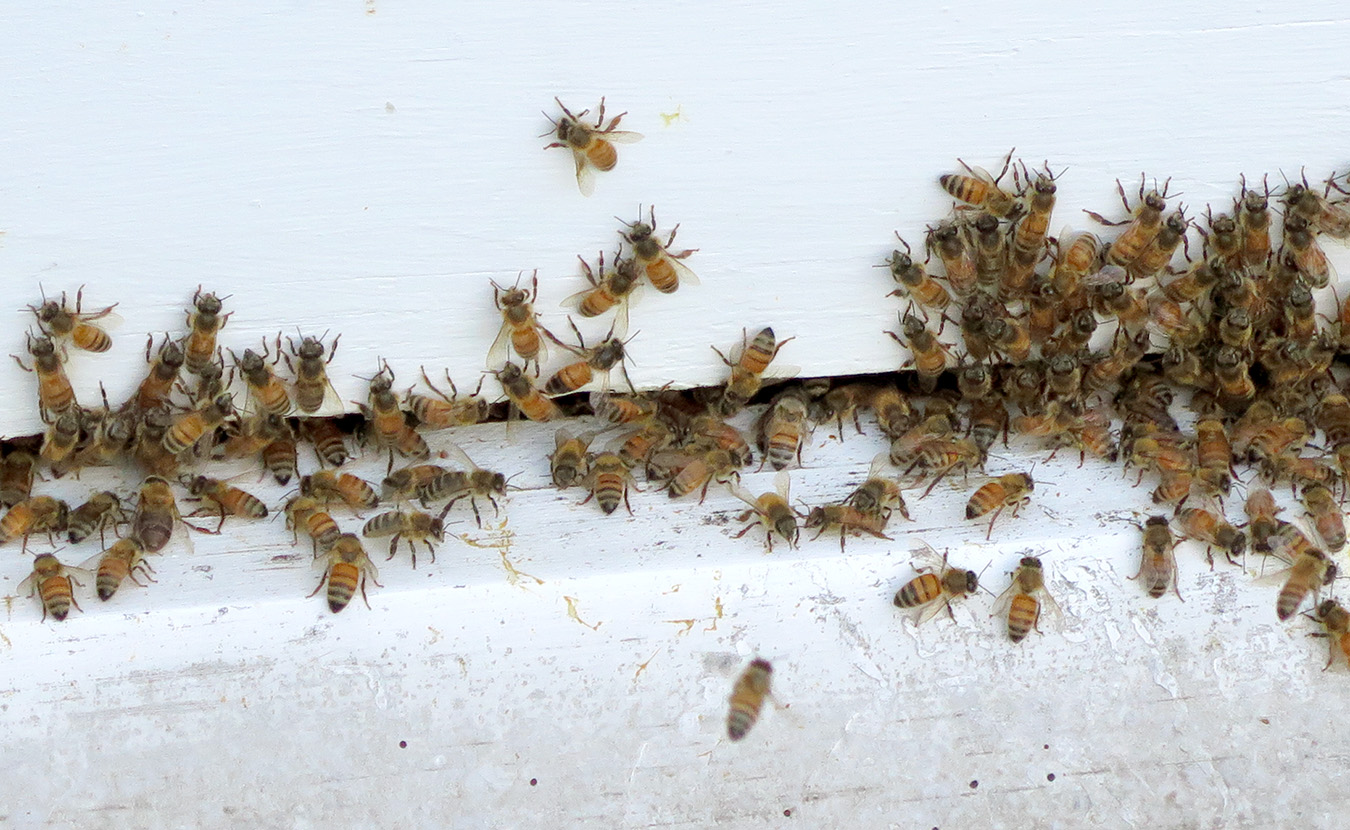 Bee-Town Gets Busy: The State of All Things Bee and How You Can Help

Susan M. Brackney
While the honeybee population in Monroe County is thriving, studies show Indiana's colony loss is worse than the national average. Bloomington beekeeper Susan M. Brackney addresses the complicated and troubling issue, and she offers advice on helping not only honeybees but also bumblebees, butterflies, and other native pollinators. Click here to read the full story.
Read More 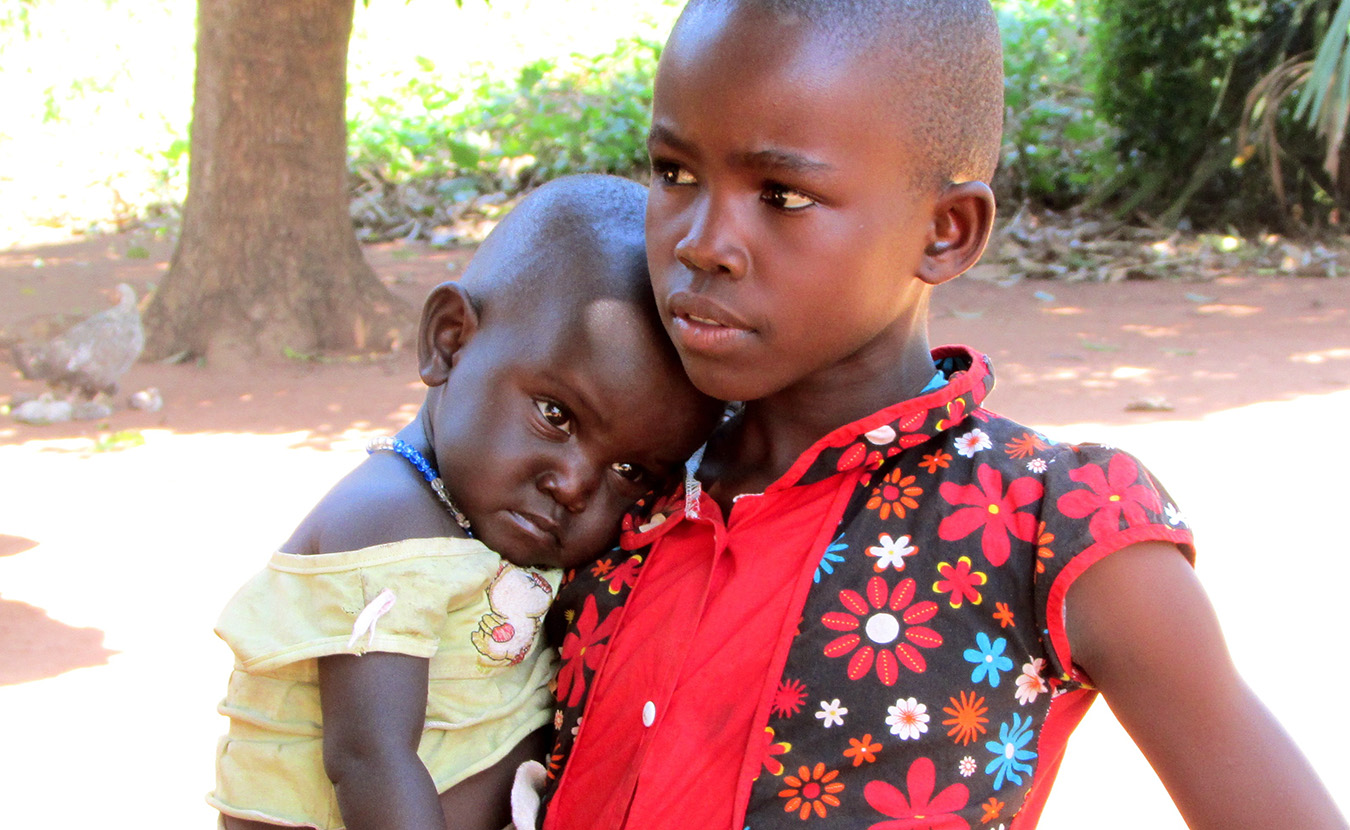 Finding Hope in South Sudan: Part 1 Getting the Story Out

Will Reed
Will and Theresa Reed moved to South Sudan in 2014 to help the new nation with community development work, mainly to train teachers and build agricultural projects. When conflict in their village erupted, they had to leave their new friends behind. Will, a Bloomington native, tells the story of persecution in the worn-torn country — and the struggle in not allowing the suffering of so many remain someone else’s problems. Click here to read the full story.
Read More Bring on the Bison: Natural, Nutritional Meat Making a Comeback in Indiana

Brian Hartz
Thanks to the efforts of the government and private individuals such as Zach Martin, owner of Red Frazier Bison Ranch in Greene County, America is once again a land where the buffalo roam — just in time for Indiana’s bicentennial next year. Click here to read the full story.
Read More 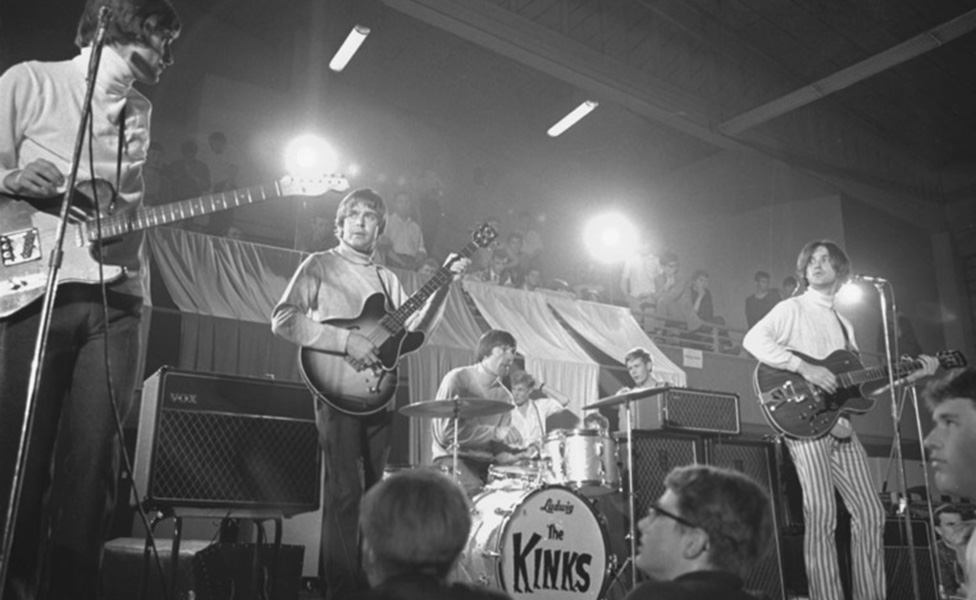 Brad Wilhelm
A well-respected man of many interests, Brad Wilhelm gets serious in the premiere story for his Limestone Post column, “Shuffle." The Kinks' “A Well Respected Man” takes Wilhelm from the overwhelming sadness of loss to the serenity of moving on. Click here to read the full story.
Read More