Stirring the Pot: Craft a Recipe, Craft a Life 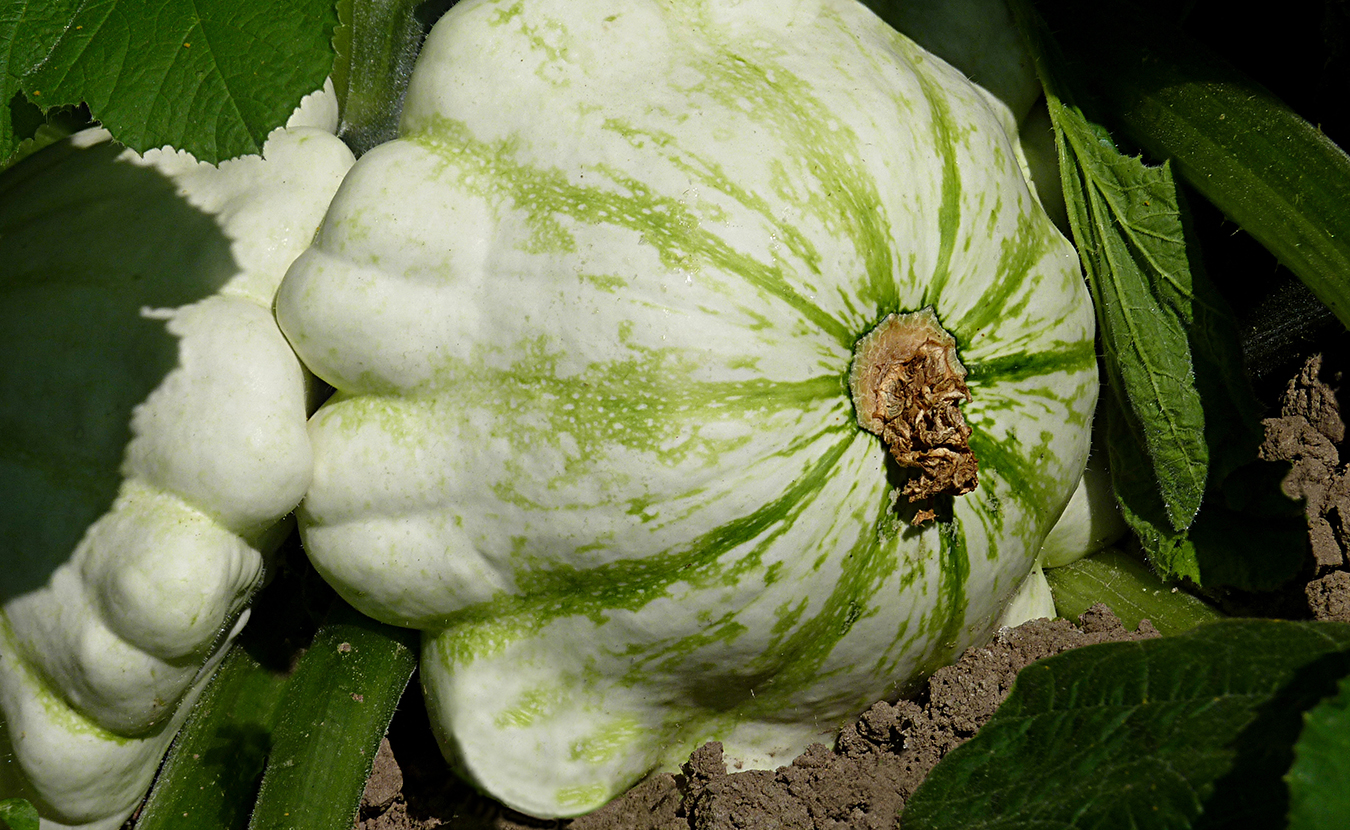 A pattypan squash had been intimidating Ruthie Cohen for a week, before she used it to create a ratatouille. | Photo courtesy of Jamain

An oversized, albino pattypan squash from a friend’s garden has been sitting on my kitchen counter for a week now. It’s just hanging out, daring or challenging me — I’m not sure which — to make something of it. And not just anything, no. It has to be delicious, too.

Yesterday, I gathered all my CSA tomatoes and some ripe beauties from another friend’s bumper crop. Without bothering to seed or skin, I chopped up the whole lot and placed it in a pot where I had sautéed onions, garlic, and a somewhat tired green bell pepper. Everything had been frolicking in the pot for a bit when I added spices from my special stash and a bunch of basil from my porch planter. Some leftover red wine added body. The sauce bubbled on the stove and began to thicken, and the kitchen took on an earthy, fermented aroma. In no time at all, it was done. I let it cool and put it in the fridge.

So here I was with a great sauce that had nothing to cover, and that pattypan looming larger and larger.

Now, pattypan is not a squash you see every day, and I wasn’t all that familiar with how to cook it. But it is a squash, right? So some rules apply. I debated whether to cook it whole because of its pretty shape, but rethought that quickly. It needed to be bathed in the sauce. Hacking and chopping won out. There were a few seeds, which I didn’t bother to remove. Bad idea.

I sautéed the squash, added the tomato sauce, and promptly removed the squash because it turns out that the seeds had no business being there. They became cardboard-like and tasteless. (Better to dry roast them in the oven, sprinkle them with salt, and enjoy a crunchy snack.)  Once I chucked the seeds, the squash went back in the pan.

Still, something was missing. Enter an eggplant that had been hanging out in the crisper. Voilà! It all came together.

A ratatouille emerged. It was thick and velvety and chunky — a collaborative effort, thanks to the generosity and green thumbs of my gardening friends.

It was a leap of faith, really, throwing a squash in a pan with only the faintest idea of how to cook it or whether it will get along with the other ingredients.

Forget to remove the seeds, add another vegetable, stir, and wait patiently for the sauce to glisten. Hope that your effort is successful, that the tomatoes and wine soothe the stubborn squash, even as a pinch of sugar brings it all together.

It’s not so different from crafting a life. Family, friends, lovers, and jobs are all in the mix, in our mix. We gather, we assemble, we reconsider, we discard what isn’t working. We taste, we adjust, we smile, we wince. Sometimes we get it right. Sometimes the more we try, the worse it gets.

When I was 19 and living in Israel, I fell very hard for a guy. Let’s call him Boaz (because that actually was his name). With the certainty of a teenager, I was convinced that we were destined to be together. Boaz and Ruth — just like the couple in the Bible! All the ingredients were there for the dashing fighter pilot and the bookish classics major. Torrid attraction, steamy summer nights … and then the added touch of a not-so-former girlfriend. The recipe was ruined.

So we learn. The next time, we have a better sense of what mixes well and what we would do best to avoid. (Handsome, two-timing Israeli soldiers, for one.) Or even though we know in our heart that the recipe is a disaster in the making, we keep at it until either something unexpectedly delicious is revealed or our intuition is proven right and we end up with a disaster. Lessons are learned and unlearned and relearned.

Enjoy the sauce. Enjoy the process. Have patience and curiosity and a bit of daring. (Who says you can’t use chocolate vinegar in a tomato sauce? What about fresh grated nutmeg?) And if it doesn’t come out just right, well, the next time might be sublime. Or not. But the art is in the trying and in respecting the alchemy.

Craft a recipe. Craft a life. Coarsely chop tomatoes. Set aside. Heat oil in a large pot. Add onion and sauté. Sprinkle a bit of salt over the onions to sweat them. Continue to sauté for five minutes. Add garlic, keeping the flame low to prevent garlic from burning. Add pepper and sauté for about 5 minutes until pepper softens. Pour in tomatoes and stir. Add the rest of the ingredients, except the basil. Bring mixture to a boil, then reduce the heat, simmering uncovered for 30 to 45 minutes until the sauce begins to glisten. Continue to cook, stirring occasionally until it achieves the thickness you desire. Add the basil. Now give it a taste and adjust the seasonings. Set aside to cool. Refrigerate or freeze until ready to use. You will have about 5 cups.

Squash:
This is a forgiving recipe. If you don’t have pattypan squash, use whatever type of squash you’ve got.

Heat olive oil in a large, straight-sided sauté pan. Add squash and sauté for several minutes until it begins to soften. Add eggplant. (If using zucchini or yellow squash, you can add the vegetables together. Pattypan needs a bit more time alone.) Sauté for 10 minutes, adding a bit more oil if the eggplant absorbs it all. Sprinkle with salt and pepper.

Pour 2 to 3 cups of sauce over vegetables, stirring gently. Bring to a boil. Reduce heat and continue to cook, uncovered, until vegetables are incorporated in the sauce and everyone is getting along.

The ratatouille is great with a crusty hunk of bread. Use it also to blanket a grilled chicken breast or as an accompaniment to pasta or rice.