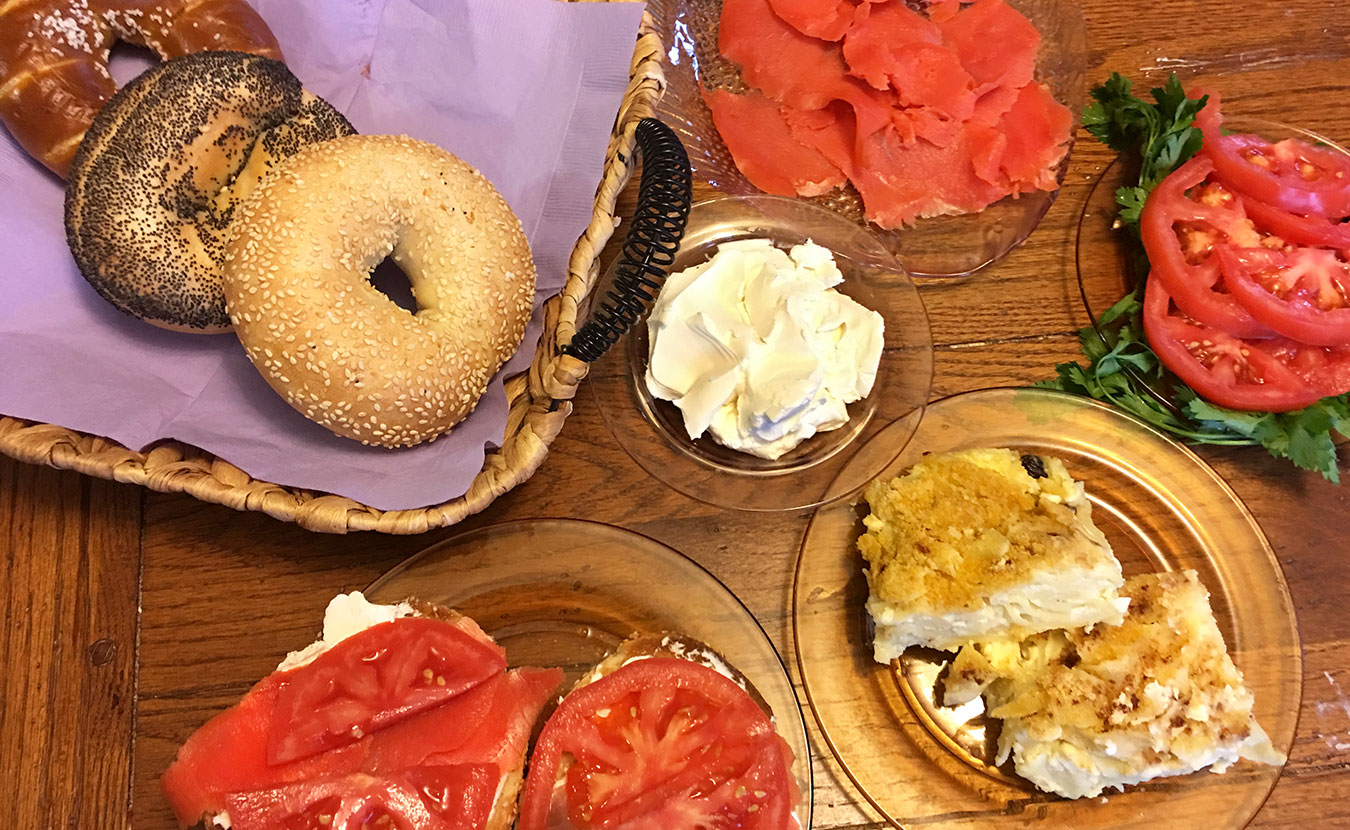 Ruthie Cohen and Limestone Post invite you to send us a recipe and a story that accompanies it. The recipe could be for a traditional family dish, a new favorite, or something your ancestors brought from the “old country” and is still prepared today. The story could be what that recipe means to you and your family, why a recipe is important to you, or any episode in which the recipe comes into play. Nothing brings folks together like a good meal and a good tale to go with it. We would love to hear from you. Email your submissions to [email protected]. We will try out the recipe and feature our favorites in the magazine.

Uncle Ben and Aunt Jenny were quintessential snowbirds. They summered in Montreal and wintered in Miami Beach. Every year, their peregrination from north to south, and then back from south to north, would include a stop in Philadelphia where they spent a few days with my family. Uncle Ben parked his huge Cadillac Fleetwood Brougham in front of our modest house, looking very out of place indeed. (Some years later, and newly licensed, I would drive them down to Florida behind that same wheel. But that is a story for another time.) They would be with us for only a few days, but we all knew the drill: Friday night dinner of matzo ball soup, roast chicken, and a savory kugel; leftovers on Saturday; and then, on Sunday, the final weekend blowout.

On Sunday morning, Uncle Ben headed out to Lou and Jules’ deli a few block away. Sometimes I joined him. We would return home with bags upon bags of food — enough to feed the entire block. Fresh bagels and rye bread, creamed herring with onions, salty lox (this was in the pre-nova days), cream cheese, and smoked whole whitefish in their golden, wrinkly skins — we called them “chubs.”

Back then, before my palette knew what “good” is, I wasn’t a fan of the meal. Despite the proximity of the deli, we didn’t usually eat like this. Everything tasted too fishy and slimy, so I would settle for a bagel with cream cheese.

Hooray for maturity! And for Uncle Ben and Aunt Jenny’s biannual visits. The necessary taste mechanisms finally kicked in when I was around 12 years old, as did my lifelong appreciation for Jewish soul food. In its very essence, this cuisine is a skillful mix of complexity, familiarity, and comfort. I can’t quite form it into words, but my tongue knows it when it tastes it.

Preheat oven to 350°F. Spray a large (9 inches by 13 inches) baking pan with cooking spray. Cook noodles according to package directions. As they boil, prepare the custard. In a mixing bowl with a beater attachment, mix 6 tablespoons butter with the eggs, sugar, cheeses, yogurt, whole milk, and vanilla until blended and “soupy.” If a mixer isn’t available, no worries. Place the butter and sugar in a large bowl and cream together with a big mixing spoon, then add the rest of the ingredients. Drain noodles well. Add directly to mixing bowl and stir to coat. Stir in dried fruit, if using. Pour mixture into prepared pan, spreading evenly. Sprinkle the top with cornflake crumbs, sugar, and cinnamon. Melt the remaining butter and drizzle it on top. Cover with foil and bake for 50 minutes to an hour. Let kugel sit for at least five minutes before cutting.

Kugel is a great side dish, in place of rice or potatoes, or a star in its own right — all by itself or with a thick homemade blueberry syrup and more sour cream or Greek yogurt.

No Replies to "Stirring the Pot: Jewish Soul Food ‘Tastes Like Home’"