In this inaugural edition of Limestone Post’s “The Limestone Reader Book Review” column, Yaël Ksander looks at Ian Woollen’s fifth novel, “Sister City,” which she calls a “wickedly whimsical satire” that connects fictional “sister cities” in Indiana and Mexico. Yaël says Woollen, who lives in Bloomington, writes in the tradition of John Irving and Kurt Vonnegut.

It must be one of the central pillars of marketing: familial relationships sell stuff. We trust a “family of brands.” We relish the insider status of “friends and family discounts.” And who’s not been lured into pledging for a radio fund drive so that we can be part of the “[insert call letters here] family”?

Somewhere along the line someone had the bright idea of invoking a family bond to hawk greater geopolitical harmony. Voilà: “sister city.” Go ahead and pull out the guitars ’cause it’s time to sing “Kumbaya.”

I mean, it’s nice to belong and all. But since when did everyone have such warm and fuzzy associations with family? Well, advertising appeals to our aspirations, and when it comes to family, we aspire mightily. So even though Thanksgiving finds us pregaming with nonviolent communication techniques and stocking up on alcohol, somewhere in the back of our mind there’s a Norman Rockwell painting. They keep trotting out that “family” jive because we keep falling for it. 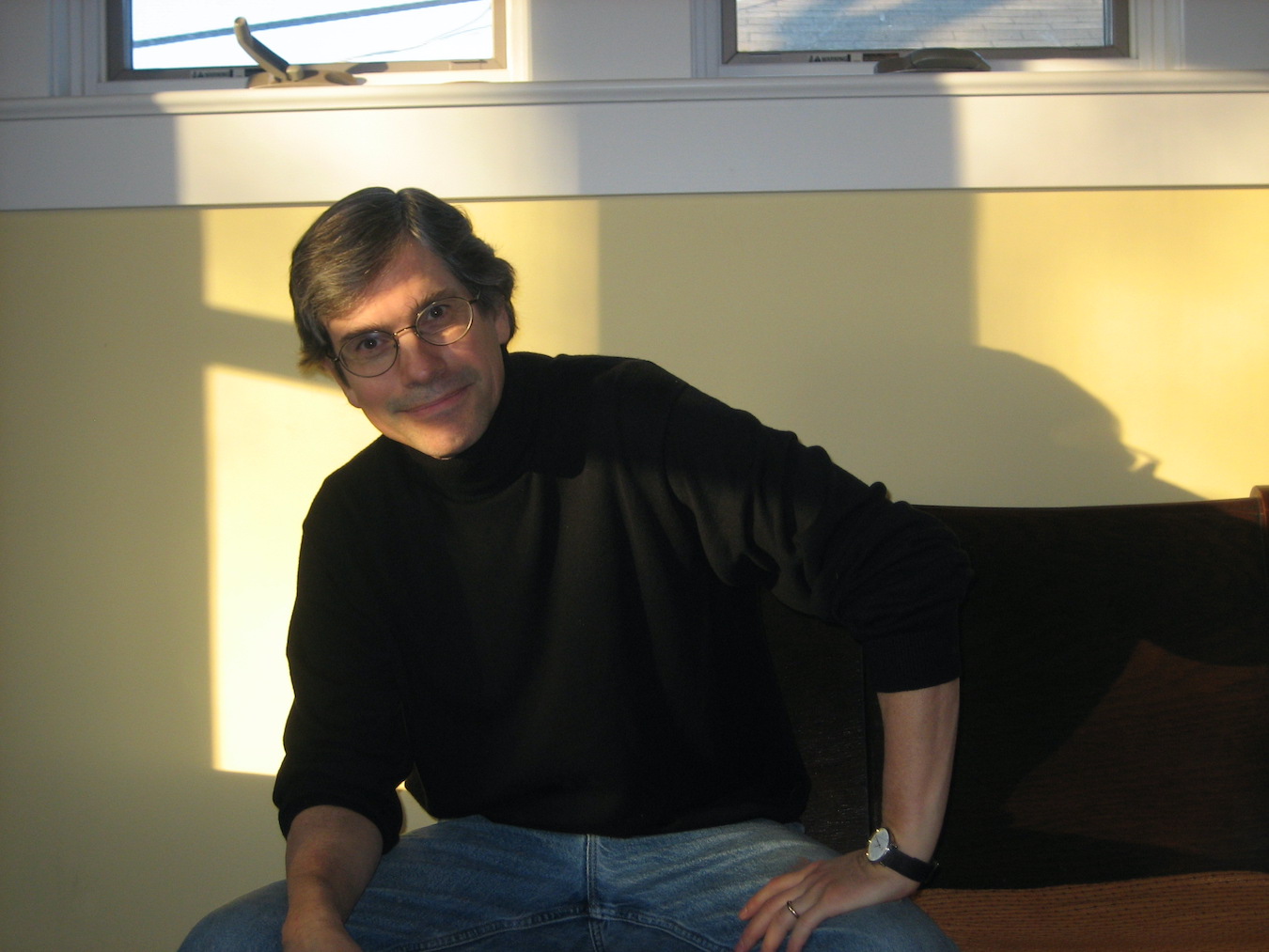 In Bloomington-based author Ian Woollen’s fifth novel, Sister City, the Dream of Family powers a whole diaspora of both literal and spiritual orphans looking for a place to fit it in. And devising any number of high-flown justifications for their rehoming fantasies — the highest-flown of which is a Sister City agreement connecting two fictional places: Cave City, a southwestern Indiana college town (which is tempting to compare to Bloomington), and Ciudad de la Gruta, in the Yucatán, Mexico. Yoked together twenty years prior by a transnational pair of birdwatching buddies, the sister cities’ future is in jeopardy as we enter the story, as commercial, xenophobic, and crassly political forces threaten the renewal of the agreement.

Both sides are rife with politicians of slender ambition: a mayor known as “El Plastico” for his “do-gooder habit of walking daily to City Hall … picking up plastic bottles along the way” and his Hoosier counterpart who is “betting his reelection chances on landing a new highway exit and establishing his fair city as a place to pee on the interstate.”

So too are the cities paired by activists and advocacy groups of dubious integrity and unfortunate names. Take the woker-than-thou, red-bereted Juan Pablo Chayac, whose “Radical Synthesizers” oppose the Sister City agreement as an “outrageous example of blind subservience to gringo cultural imperialism,” but who is nonetheless cajoled into penning the new Sister City Manifesto because it might boost his popularity beyond his 2,500 Instagram followers (since, as he muses, “all Mexicans love a good manifesto”).

Back in Cave City, the horse-riding Sheriff Hooker, for whom “all words ending in ism [are] confounding threats, to be despised,” is running a campaign on the slogan “#HicksforHooker.” He’s backed by “Parents With Boundaries,” a PTA posse hoping to yank the Sister Cities’ pen pal programs, Spanish instruction, and joint school-choir concerts in the name of “safe and secure learning environments for our children.”

Beyond political shenanigans, however, both cities are teeming with an organic multiculturalism that doesn’t depend on any bilateral treaty. Jumping cinematically from one side of the border to the other, the novel disorients us in the process with its cast of displaced persons, each with one foot in the other world, longing to find home. The Sister City relationship is just the latest manifestation of this longing. From abuelas to academics, everyone wants to believe in an “underground tunnel” connecting Indiana quarry swimming holes to cenotes in the Yucatán. The seemingly ubiquitous dream of a kinship between these two vortices and the inframundo gets the cerebral treatment in a wandering mathematician’s formulations, inspires another’s soft-core pornographic visions of pre-Columbian history, fuels archaeological digs and folklorists’ fantasies, and launches The Church of Planet Jesus, a Maya end-times/Star Trek mashup operating out of an abandoned drive-in movie theater.

We humans find a lot of fancy ways to dignify our most basic needs. For all their preposterous visions and earnest undertakings, these are some wounded puppies. Almost to a person, every character in Sister City has a painful experience of family and is trying to cobble together a better one. There’s an unwed mother who absconded in shame, a black sheep banished for his bipolar disease, children abducted, children abandoned, a son who keeps his mom on ice, a couple whose childlessness drives them apart, another whose parentage dooms them to failure. It’s this maelstrom of broken souls that keeps the Sister City initiative aloft, in between AA meetings and visits to the therapist. 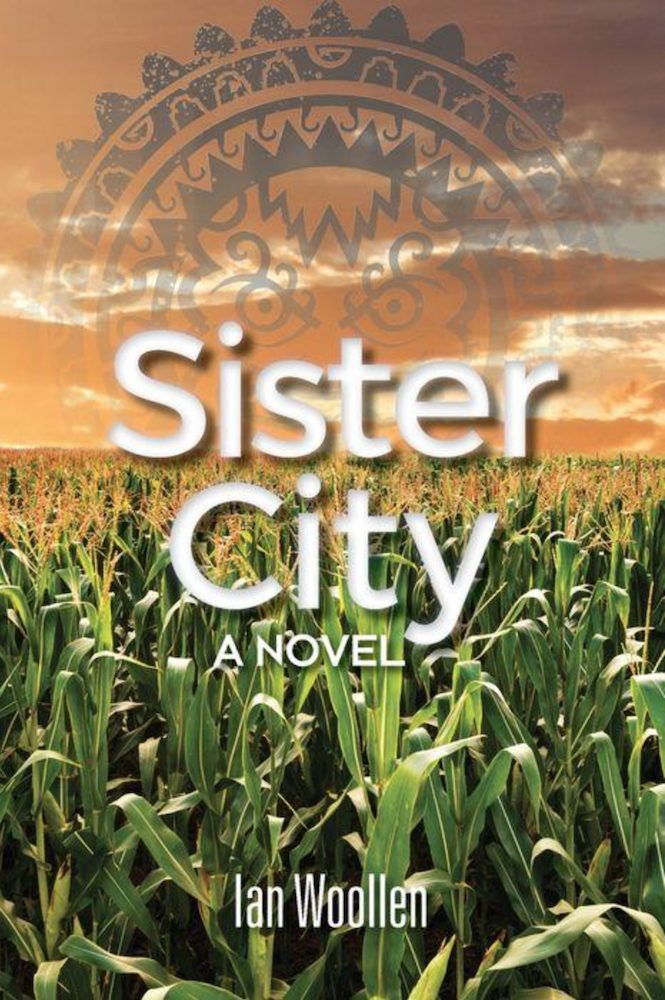 In the tradition of John Irving and Kurt Vonnegut (who gets at least one direct salute by way of Cave City’s Mayor Rosewater), Woollen prefers to laugh than cry at our dysfunctional human condition, delivering biting social critique with tongue permanently ensconced in cheek. Packed with absurdity from one-liners to deeply ironic situations, this wickedly whimsical satire challenges you to hold your guffaws lest you miss the next crack. This is the land of the Rushing Winds Biker Church, an Indian comic called No Bull, Brakeless Eddy the manic mechanic, the Pilgrim Relocation moving company, and a Mexican girl called Dotcom (“a popular name in remote Yucatán villages where cyberspace is still just a magical rumor”). It’s a place where clichés come to life. Retired Hoosier transit employees enjoy a literal busman’s holiday in a Mexican town where they drive their old buses for fun. A Boston preppy gives up on trying to make it in the Midwest when her baggage (on the aforementioned Pilgrim Relocation truck) finally catches up with her. Ouch.

A reader might get lost in the shuffle of subplots and side characters if it weren’t for an exceptionally well-wrought, deeply flawed figure at the center of the narrative and his progress toward that family do-over we’re all hoping for. Meet Chad O’Shaughnessy of Boston, lovable fuckup. Five years past a drug bust when the story opens, Chad seems to have spent much of his young life leaning into his identity as a constant source of disappointment. His dad, who goes by “Chief” and wears “his Rolex twenty-four seven,” calls him a “loser.” His fiancée, Winnie, who barely tolerates him, diagnoses him with “narcissistic butthead disorder.” Indeed, Chad can’t seem to buy a break (and like others of great means and intermittent integrity, he has in fact tried).

The “masters-level recovering pothead and newly minted addictions counselor” is gung-ho for the adventure presented by Winnie’s one-year teaching gig in the folklore department at Southwest Hoosier State University. He wouldn’t be the first person to believe in the redemptive power of “pulling a geographic.” After Chad’s nascent sobriety is sabotaged by a confrontation with a family secret and as his partner becomes progressively preoccupied, Chad claws his way back by going deep into his new community and assembling his own new tribe (and yes, it does come with a “real Indian”). While Winnie dabbles in local lore as an academic exercise, Chad surrenders his tourist visa and goes all in —

“You want it cut like we do it here, or like wherever you come from?” the barber asked.
“Like you do it here,” Chad answered.
The result made him look like he had a court date. It was humbling.

One day at a time. Fake it till you make it. As he fumbles along, throwing the baseball with a wayward teen, getting closer with his AA sponsor, and volunteering for the Sister City initiative, Chad comes into his own. Zooming out, we see parallels to Chad’s team-building in myriad little families configured by the novel’s motley crew. Whether a geriatric ménage à trois, a pair of night nurses, a Trekkie priest and a one-eyed translator, or an ostensibly gay man who runs off with a woman to raise a pair of orphans, Sister City revels in the strange bedfellows life makes of us on our way to the family reunion.

[Publisher’s note: Yaël Ksander has recorded a version of this review for Inner States, a weekly show on WFIU Public Radio and a podcast “about art, culture, and how it all feels, in Southern Indiana and beyond.” The show can be heard on WFIU on Sundays at noon and on the Inner States podcast. This review will air on April 3.] 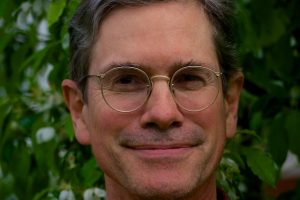 Ian Woollen’s other novels are Stakeout on Millennium Drive (Ramble House), which won a 2006 Best Books of Indiana Award; Hoosier Life & Casualty (Casperian Books, 2009); Uncle Anton’s Atomic Bomb (Coffeetown Press, 2014), a Finalist for the Balcones Fiction Prize; and Muir Woods or Bust (Coffeetown Press, 2017), which won an INDIES Bronze Award for Humor/Satire. His short fiction has appeared in The Massachusetts Review, SmokeLong Quarterly, Fiction Southeast, Split Lip, and The Mid-American Review, among others. He lives in Bloomington, Indiana. Learn more at Coffeetown Press.

Yaël Ksander has worked as a radio producer, speechwriter, and drawing instructor; translated at the Seoul Olympics; and catered both of her own weddings. High points along the way include having met her heroes Todd Rundgren, Leo Steinberg, and Lynda Barry. A Washington, D.C., native, Yaël studied languages, literature, and art history at the University of Virginia (B.A.) and Columbia University (M.A., M.Phil.) before pursuing an M.F.A. in painting in Bloomington, where she ended up raising two magnificent children.
Tagged
Comments