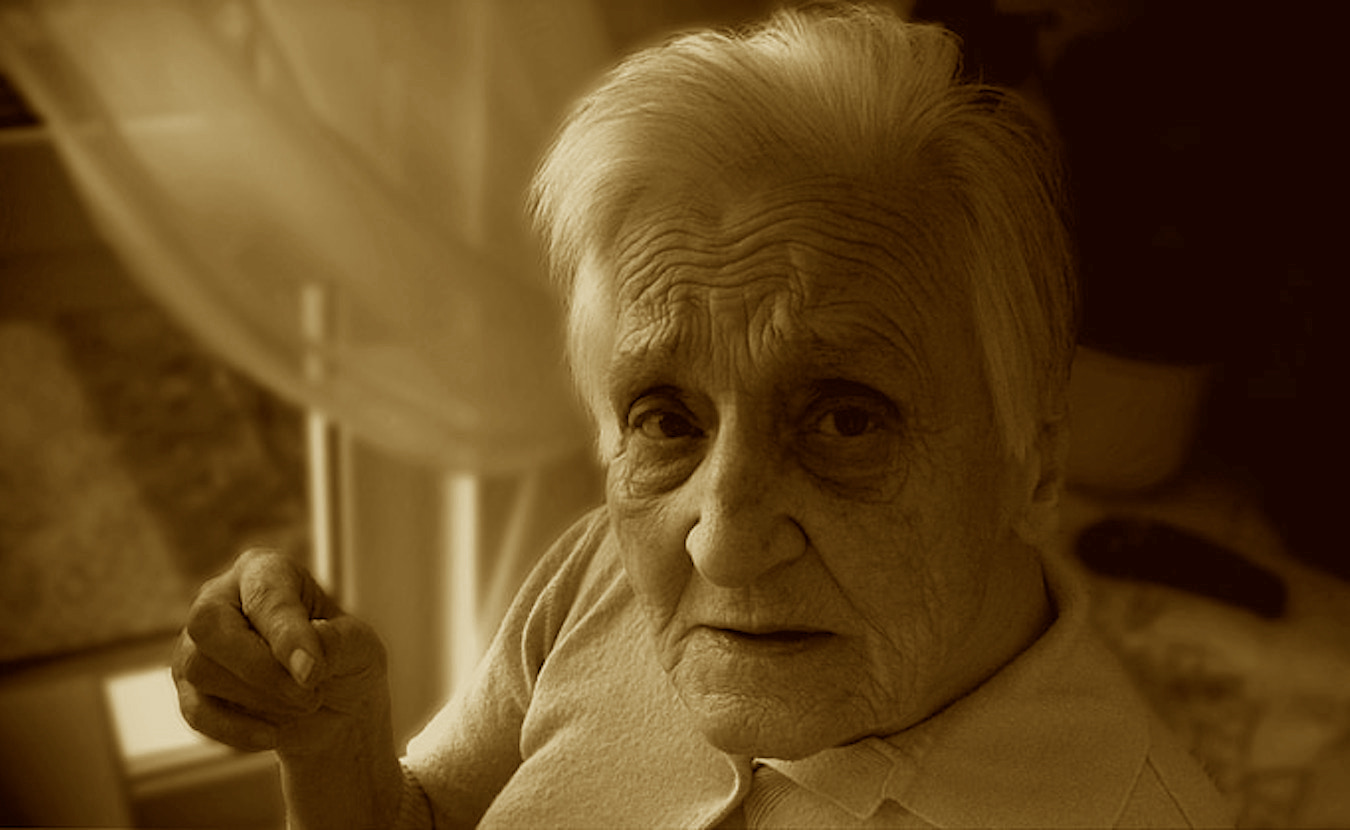 Kathryn Moyle, Ph.D., a dementia advocate for the Dementia Australia Research Foundation, has written a response to Rebecca Hill’s article “The Long Goodbye: Living with Alzheimer’s Disease,” published recently in Limestone Post. What particularly resonates with Kathryn, she writes, is how loved ones with dementia lose their identity. | Photo via Hippopx

I just read Rebecca Hill’s article “The Long Goodbye: Living with Alzheimer’s Disease,” and I would like to congratulate her on an insightful article. The statistics suggest it’s a disease that could strike any of us.

A lot in this article resonates with me and my experiences. Understanding the chemical composition of Alzheimer’s disease is important, as it gives those living with dementia one of the better hopes for treatments. Conversely, the challenges with current medications and medical models as solutions are very blunt instruments with which to treat dementia. But they’re about all we’ve got at the moment. 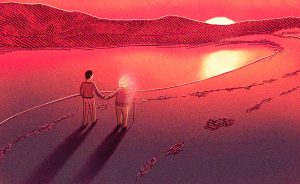 That being said, I’ve never been keen on modifying behaviours with drugs — especially ones such as the antipsychotics prescribed for dementia. They are very difficult to come off of once you’re on them. Almost impossible. (It’s convenient for the drug companies, though.) Non-addictive drugs such as cannabis seem a much better option to me, and they seem to treat the key issues from which many patients with dementia suffer: agitation, sometimes aggression, and depression.

Frankly, I think these symptoms are understandable when people diagnosed with dementia still have some insight into what’s happening to them. If I felt like I was losing my mind, I’d be agitated and depressed, too. But at the moment there is a lot of corporate, medical, organisational, and policy backlash to making medical cannabis more widely available — at least here in Australia.

The Dementia Australia Research Foundation (DARF), on which I serve as a dementia advocate, has recently funded an interesting new piece of research in last year’s rounds of grant proposals, based on a new hypothesis that proposes it is the disruption of the clumps of amyloid in the brain that generates dementia. So, drugs designed to “break up” the clumps — which is the current approach — may actually be counterproductive. Funding was granted to advance the testing of this hypothesis, as past hypotheses do seem to be wanting. Indeed, I find it somewhat disturbing to think that the medical research is such that we actually don’t know what the effects are of breaking up, dissolving, or leaving the clumps alone. Further, I do worry about how much money is going into finding medications to treat dementias, compared to other treatments and caring models. More funding for both research and support is clearly required.

I do agree, based on experience, conversations, and research, that apparently people with more education seem to handle the effects of dementia more covertly than perhaps others can.

Chris, my partner of 31 years, was diagnosed in his mid-60s with frontotemporal dementia, which is a different type of dementia to Alzheimer’s disease, but nonetheless a dementia. In his case, his career in union leadership and legal training of taking notes about almost everything stood him in good stead for recording things. He took notes about everything! Now, one of my jobs is to write down and print out every week, with updates every few days, what’s happening for the week. These arrangements change little from week to week (as routine is important for people living with dementia), but I have to write them down for him as he can no longer do so himself. And he can no longer conceptualise what’s coming in the future. His cognition has now declined to the point where he will rarely read the “activity sheets” I prepare, even though he wants them, but instead asks me to read them to him each day. I saw this same trajectory with my mother’s dementia, before she passed away earlier this year. For them, reading and writing skills deteriorated before their audio skills.

“The Long Goodbye” is such a pertinent title. You could run a whole series with that title. I find it one of the most heart-breaking parts of caring for people with dementia. For some people, their dementia moves quickly, and the whole thing is over in a couple of years. For most, the disease takes a long time to do its dirty work. One of the most distressing things for me to watch has been the slow loss of Chris’s identity. A few years ago he said, “Don’t call me Chris. I’m no longer Chris White, I am someone else. Chris has gone.”

That’s a distressing thing to hear, and it is a distressing thing to live with because it is true. As Chris’s carer, I’ve had to learn to live with someone different from the person I knew in previous decades. Someone different and more difficult. But from time to time, the “old Chris” comes back — and I get lulled into a sense of “recovery” — just to have that dashed over and over. It’s a cruel thing to experience.

Likewise, my mother’s identity as a nursing sister had been strong all through her life, yet by 2022 even that identity had gone. What is this disease that can rob you so effectively, of what makes you, you?

Caring for someone with dementia or Alzheimer’s is a very lonely thing to do. Much of the day-to-day involves making lots of decisions on your own and often on behalf of others for whom you have responsibility. These decisions can range from accepting and implementing medical advice — even if it seems counterproductive — to what a person is going to wear on any given day. And these decisions can be contentious for the person with dementia. Their state of cognition oftentimes makes it hard to predict their reactions to things out of the ordinary routine. This is stressful. And a carer’s life experience is a long way from many of their friends and family. Too often there is no one to talk with about what’s happening or just happened in the last few hours. And the next few hours might look quite different to those past. These emotional swings are exhausting.

“I do worry about how much money is going into finding medications to treat dementias, compared to other treatments and caring models.”

Judging by Rebecca’s article, the challenges at the end of life for people here in Australia and in the U.S. seem similar. Here it is called “assisted dying,” and we now have legislation to allow assisted dying in each of the six states in Australia. There are still some legislative issues in the two territories, where it is not yet legal; however, we expect it to be so in the near future. But as in the U.S., Australians with dementia cannot access assisted-dying drugs because they are not considered to be of sound mind. And sometimes it can be difficult to determine when someone with dementia is in his or her last six months of life.

One other item in the article that resonates with me is how carers can get “stuck.” In my case, I want to do the right thing by my friend of the past 30-plus years, and if I were in a similar situation, I hope he would do the same, but the overwhelming nature of caring for someone with dementia cannot be underestimated — especially when his or her behaviours are antisocial in themselves.

To live with the persistent and unrelenting nature of this brain disease challenges my resilience. At some point it has become a challenge to balance his quality of life and mine. And a carer’s health is paramount, because there are two people to look after, here. I would like to think I’m a pretty strong person, but over the years the toll on me is evident to all my close friends and family. So yes, the Long Goodbye is such a pertinent title.

[Editor’s note: The views expressed in this column are the writer’s and not necessarily reflective of Limestone Post or any other organization mentioned.]

Kathryn is an adjunct professor at the University of Canberra, Charles Darwin University, and Batchelor Institute of Indigenous Tertiary Education. She is also an Honorary Principal Fellow at The University of Melbourne. Kathryn has been a research director and a professor of education, specializing in school education policies. She held two senior leadership roles at the Australian Council for Educational Research (ACER) and was the ACER Team Leader of the Evaluation of the Principal Preparation Program based in Indonesia. In 2017, Kathryn was made an honorary Life Member of the Australian Curriculum Studies Association (ACSA). She is a dementia advocate for Dementia Australia, and in that role serves on the Dementia Australia Research Foundation. She lives in Melbourne, Australia.
Tagged
Comments