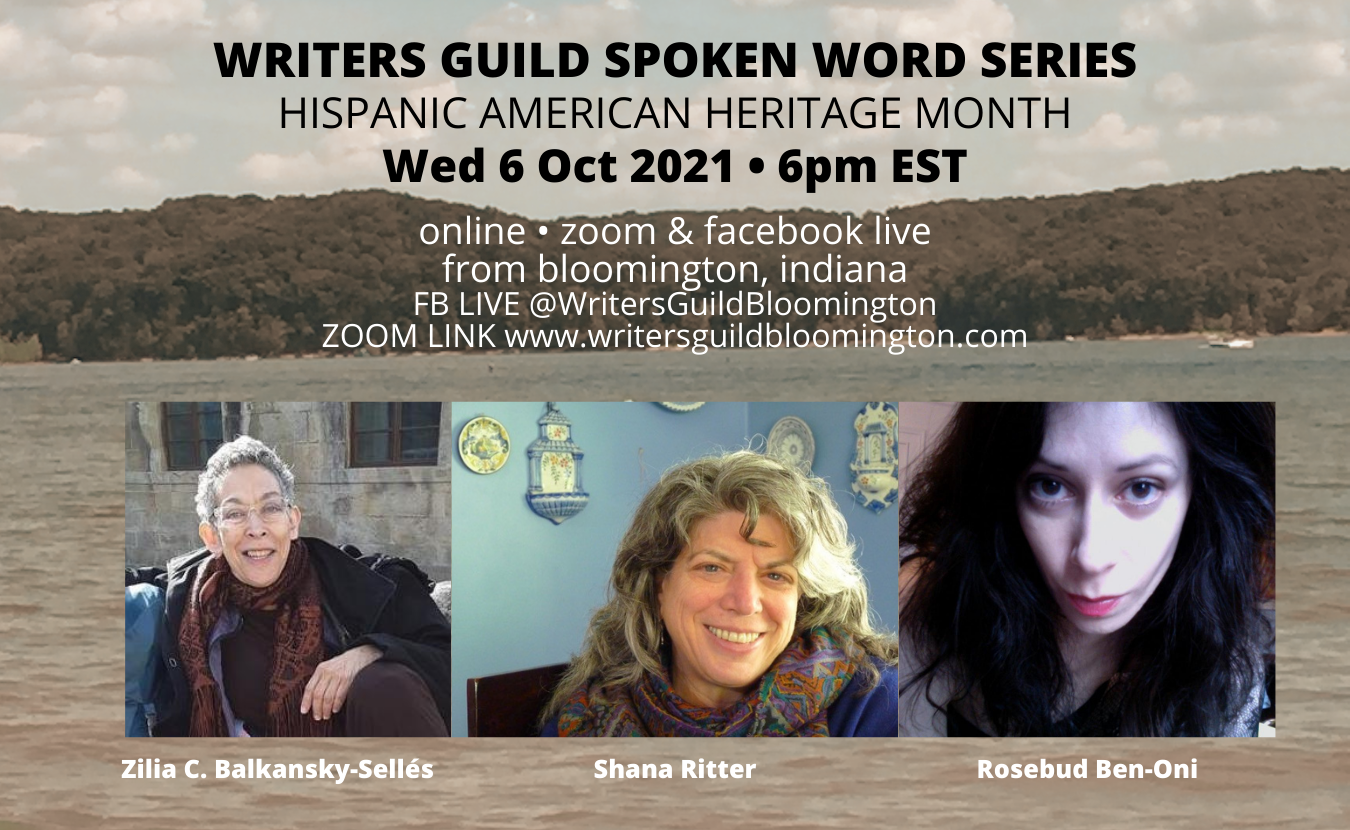 Donald Trump’s wall. ICE detention centers. Children crying in “cages.” These are the images that continue to haunt us as we anticipate this year’s National Hispanic Heritage Month, starting on 15 September and continuing through 15 October. While the Central American migration crisis continues to ignite public policy debates, the unique contributions of Hispanic American poets, writers, artists, and musicians will be celebrated nationwide throughout NHH Month. Locally, the October 2021 virtual edition of the First Wednesdays Spoken Word Series, sponsored by the Writers Guild at Bloomington, will feature three women writers who are variously affiliated with Hispanic cultures: Shana Ritter, Zilia C. Balkansky-Sellés, and Rosebud Ben-Oni.

Read on to learn more about their personal lives, their pandemic survival experiences, and their views about the continuing Central American migration crisis in the post–Trump era. 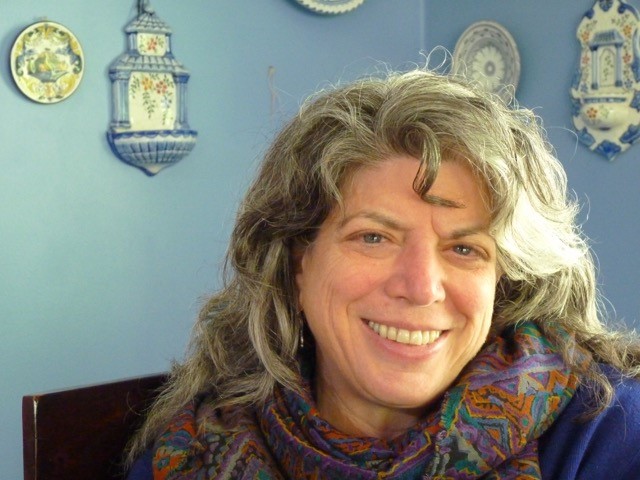 A Pushcart Prize nominee, Shana Ritter has been awarded the Indiana Individual Artist Grant multiple times, and has taught poetry and writing workshops in various settings. Her short stories and poems have been published in journals and magazines that include Lilith, Fifth Wednesday, and Georgetown Review. While her mother’s journey as an immigrant in the early 1920s provides the underlying narrative of her poetry chapbook, Stairs of Separation (Finishing Line Press, 2012), her novel, In the Time of Leaving (independently published, 2019), is set in late 15th-century Spain, and deals with the themes of exile and resilience.

Born and raised in the Bronx, Shana relocated to Bloomington via Spain, Guatemala, and San Francisco. Since then, Bloomington has become for her the home where she has resided for the longest time. She has been an active traveler, a member of a magazine collective, and a radio show host and has coordinated programs for refugee families, and for economically challenged families. She has also worked nationally with schools to promote equity, inclusion, and diversity. She has two daughters, four grandchildren, a spouse, and a Bernedoodle named Emmy, their pandemic pup.

Although the pandemic had compelled her to cancel her trips to Mexico and Spain last year, she has optimized her time at home to write poems about distancing, shelter, and longing for the sea. She has also experimented with flash fiction for the first time. Suddenly, she had felt drawn to shorter, more condensed works. “I wanted essences,” she said, speculating that the pandemic has made her riskier as a writer, who was “more than ever wanting to find the core without losing the beauty.” Her greatest wish that has emerged from the pandemic is for her writing to “give hope, vision, inspiration, refuge.”

As U.S. immigrants, or their descendants, all of us share the responsibility of addressing the migration crisis “at the [U.S./Mexico] border, our borders, other borders,” she says, speculating that “maybe it is hope itself that drives us to leave the place we call home.”

For more on Shana Ritter, visit her website at: http://shana-ritter.com 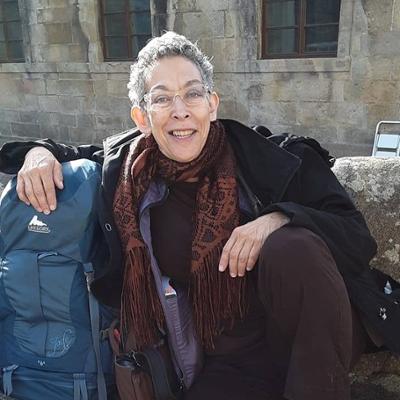 A poet, freelance writer, and occasional actor and dancer, Zilia C. Balkansky-Sellés is also the Extracurricular Coordinator and Academic Advisor at Hutton Honors College, Indiana University-Bloomington, where she earned a Ph.D. in Folklore Studies. Zilia has co-directed, written, acted in, and composed music for Monroe County Civic Theater productions, her most recent MCCT role being Miss Prism in the light comedy, The Importance of Being Earnest in a Pandemic, an online adaptation of Oscar Wilde’s classic.

Although Zilia’s parents were born in Cuba, she had not started to reconnect with her Caribbean heritage until fairly recently. She had, in fact, believed she was white until her early twenties, when she was an undergraduate student in New York City. That was when her mother had revealed to her a complex family history — disclosing to her that Zilia’s actual biological paternal grandfather was an Afro-Cuban architect. She admits: “My mother’s revelation opened a door onto a rich multicultural, multiracial heritage that I am just beginning to unpack.” Although her first-generation American parents did not teach her Spanish, she had traveled extensively, and had attended schools at an early age in the Greek island Mykonos, and in Switzerland, so that by the time she had returned to the United States of America, she considered herself a world traveler whose identity is not delimited by political borders.

For Zilia, the pandemic has induced a work-from-home situation that has been favorable for her as a writer. She says: “I’ve been able to pace my days, and nights in ways that are supportive of my creative process.” Fortunately, her livelihood has remained secure, since she has a day job that allows her to work from home.

Zilia says she is “saddened and frustrated” by the “political borders and human arrogance” that continue to generate global divisions. She is earnest about collective efforts to aid and uplift vulnerable populations: Central American migrants, Syrian refugees, Uyghurs who are at risk, and Afghan women and girls. “I don’t see [such efforts] as ‘pie-in-the-sky’ idealistic fantasies,” she says. And that is because she was encouraged by “the community efforts in Monroe County during this past year and a half,” as she observed community members “voluntarily coming together to help each other” in various ways.

For more about Zilia C. Balkansky-Sellés, check out her actor profile and interview from MCCT.org. 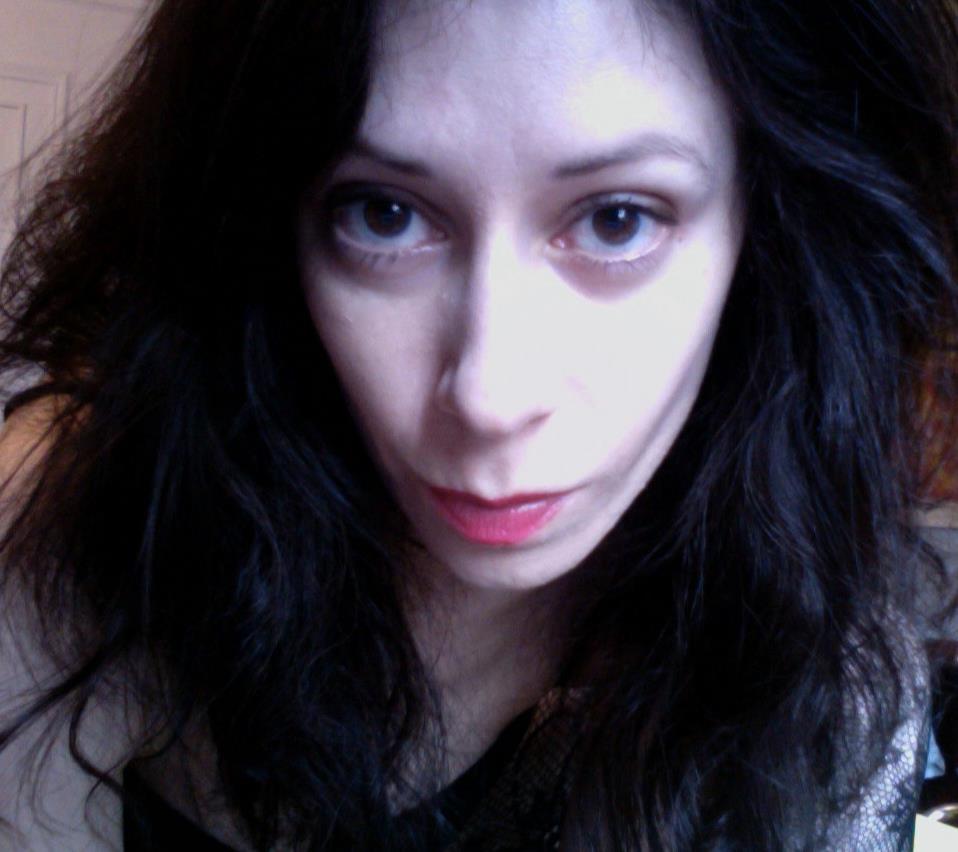 A Latina-Jewish American poet and writer, Rosebud Ben-Oni won the 2019 Alice James Award for If This is the Age We End Discovery (March 2021). She was also awarded a 2021 City Arts Corps grant, and a poetry fellowship from The New York Foundation for the Arts in 2014, and from CantoMundo in 2013. Her two other poetry books are Turn Around Brxght Xyxs (Get Fresh Books LLC, 2019) and Solecism (Virtual Artists Collective, 2013), and her poems have been published in journals and magazines that include POETRY, The Kenyon Review, Tin House, Guernica, Frontier Poetry, The Adroit Journal, Prairie Schooner, and Waxwing. Her 20 Atomic Sonnets chapbook that was published online in Black Warrior Review (2020) is evolving into The Atomic Sonnets, a larger writing project that celebrates the periodic table’s 150th birthday. She currently lives in New York City, and teaches online poetry workshops for the UCLA Extension Writers’ Program.

Rosebud’s Mexican mother converted from Catholicism to Judaism, a religion that her father’s family strictly observed. At the age of eight, Rosebud attempted to fast for Yom Kippur for the first time. As she began to feel dehydrated during the morning service, her father had said to her, “Look, you either do this, or you don’t.” At day’s end, she was very sick, as she found herself being rocked in her father’s arms. Clearly, he had regretted his earlier stringency toward his vulnerable little daughter. This memory would become the haunting subtext for her “Poet Wrestling” poems. For example, “Poet Wrestling with Her Empire of Dirt,” explores what she calls “these tangled pullings between father and daughter,” together with the oppositions between “belief and doubt, devotional faith and earthly love, the empirical and the instinctive.” By contrast, “Poet Wrestling with Surface Tension” explores “the fractured place that is the U.S.-Mexican border,” while interrogating notions of “visibility, humanity, matrilineal inheritance, and progress.”

The pandemic was an additional challenge for Rosebud, while she experienced what she calls “life-altering events.” It has, nevertheless, inspired her new series called Night:: {Call}, an exploration of poetry’s power to “confront and unravel the greater unsolved problems of physics”— how entropy can become a conceit “to address sexual assault and other forms of violence.”

Since her family has lived on both sides of the U.S.-Mexico border, and primarily in the Rio Grande Valley, she recommends familiarity with the work of Central American poets and writers, such as Kalilah Enríquez, Adele Ramos, Alexandra Lytton Regalado, and Manuel Gabriel Tzoc Bucup. She also recommends others who are based in the U.S., such as Darrel Alejandro Holnes, Yvette Modestin, and Roy Guzman. The unique challenges involved in negotiating borders, and surviving migrations and dislocations, can be understood by reading their works.

For more on Rosebud Ben-Oni, visit her website at:  https://www.rosebudbenoni.com/

The Writers Guild at Bloomington is a 501(c)(3) arts organization. For more information, visit the Guild’s website at: https://writersguildbloomington.com/ 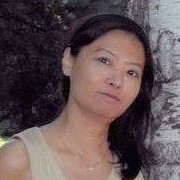