WonderLab After Dark: Blood Moon — The Moon, the Myth, the Mystery by Sam Zlotnick, WonderLab 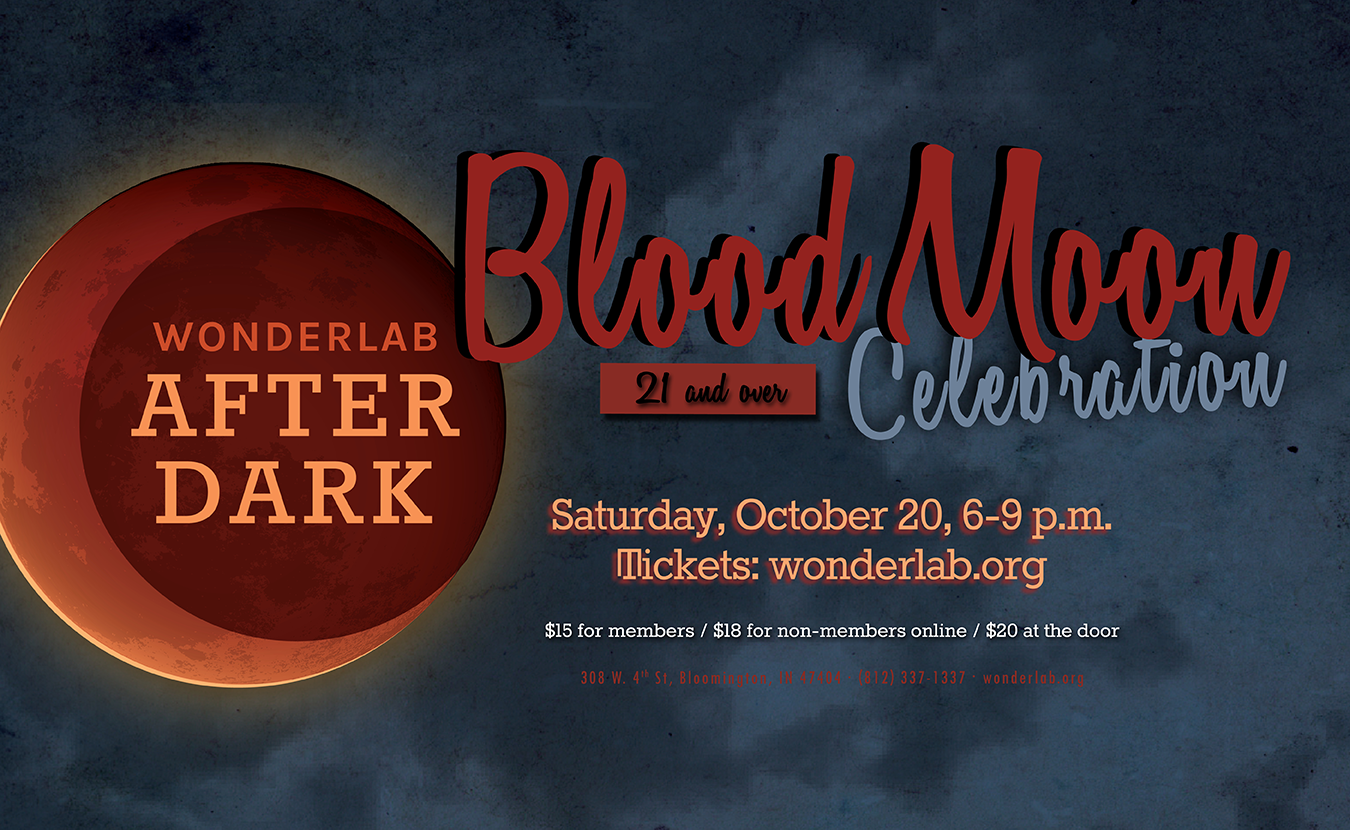 “The phases of the moon have always fascinated humanity and given us cues to the patterns of the natural world around us,” says Sarah Lynn Wells, the new Museum Educator and Secondary Education Specialist at the WonderLab. Explore the scientific and cultural significance of the moon at WonderLab After Dark: Blood Moon Celebration on Saturday, October 20.

Full moons have always created a sense of awe across the globe. From ancient and contemporary beliefs that the full moon affects behavior to depictions in literature of it summoning werewolves, full moons have baffled and mesmerized many cultures. Despite what scientists know about the moon, when Neil Armstrong stepped onto its surface in 1969, rumors and superstition circulated. Was it actually happening? What would he find? Would he make it back home?

On Saturday, October 20, from 6 to 9 p.m., WonderLab Museum of Science, Health and Technology will explore the wonders and mysteries of the moon during WonderLab After Dark: Blood Moon Celebration. At this 21-and-over event, celebrate the 2018 October full moon. Learn to moonwalk, paint a moonscape, or play trivia — all while enjoying local brews and food.

“Our moon is an active body of stunning landscapes that inspires curiosity,” says Emmy Brockman, WonderLab Education Director. “It has played a role in our calendar, affected our tides, been blamed for behavior, been thoroughly anthropomorphized, compelled space exploration, and had tremendous cultural significance. The moon influences both science and culture.” 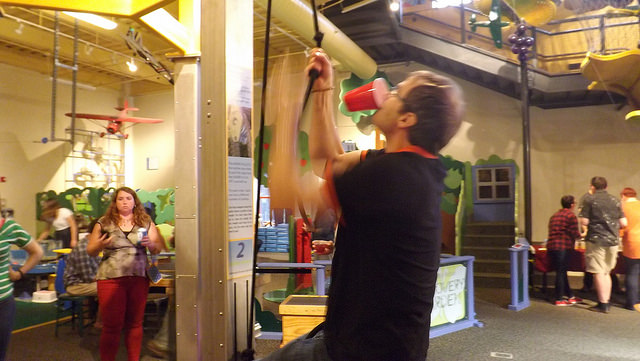 Compete in trivia, “ask an astronomer,” paint a lunarscape, and don a VR headset at the Blood Moon Celebration. In addition to moon-themed activities, the 21+ crowd can run wild throughout the museum and experiment with pulleys, water works, bubbles, and more!

According to Brockman, WonderLab’s Blood Moon Celebration is inspired by the fall equinox (and should not be confused with the lunar eclipse). “A Harvest Moon is the full moon nearest the start of fall, or the autumnal equinox in mid-September,” says Brockman. “The October moon is frequently thought of as the Blood Moon or sometimes called a Hunter’s Moon. It is the month when the game is fattened and preparations for winter begin.”

To bring the event to life, WonderLab’s newest staff member, Sarah Lynn Wells, Museum Educator and Secondary Education Specialist, delved deep into the stories behind the moon. Of particular note to her was the importance of full moons in cultures around the world.

“There are actually names for the full moons that occur each cycle,” says Wells. “From Pink Moon to Buck Moon, each had meaning and traditions in the culture of origin.”

The full moon names given by Native American tribes correlated to the time of year and changes in seasons. Many native cultures used the full moons as a way to tell time, set their planting and hunting schedules, and prepare for a change in weather.

The Snow Moon, typically in February, signaled a time when the northeastern region was preparing for heavy snowfall, while the Worm Moon of March signaled the coming of spring, when earthworms start to surface. Similarly, in this region, the June Strawberry Moon signaled strawberry harvest. Tribes in the Great Lakes region knew the Sturgeon Moon of August as a time when the most sturgeon could be easily caught.

“Full moons have been revered around the globe,” says Wells. “In Chinese tradition, full moons are a symbol of peace and prosperity. The round shape of a full moon stands for family reunion and unity.” 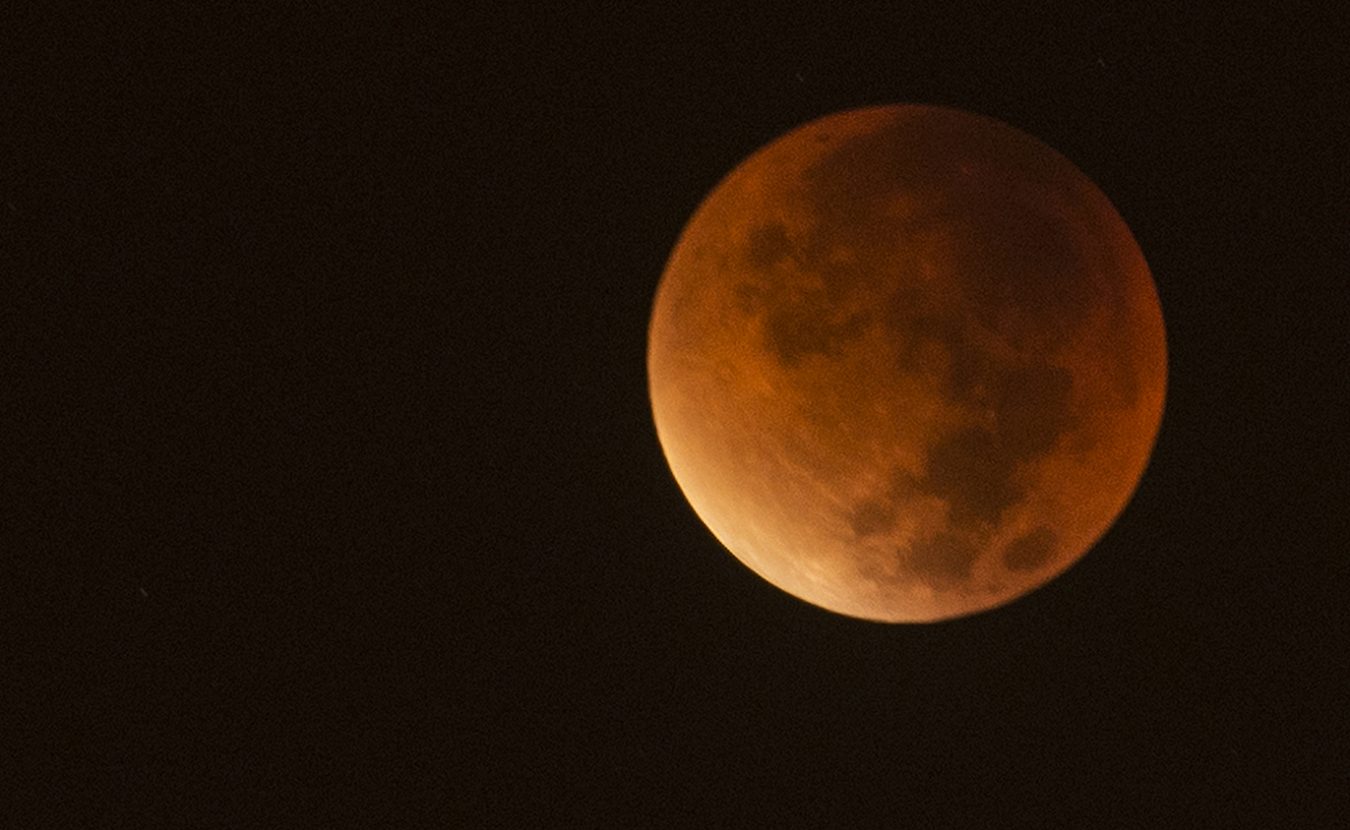 The moon “has played a role in our calendar, affected our tides, been blamed for behavior, been thoroughly anthropomorphized, compelled space exploration, and had tremendous cultural significance,” says Emmy Brockman, WonderLab Education Director. Learn the origins of terms like “Pink Moon” and “lunatic” at WonderLab After Dark.

The celebration of the full moon in Chinese culture began thousands of years ago as a time of festivity during the fall harvest moon. Early celebrations included moon worship and food offerings to ensure a plentiful harvest the next year. Traditions have changed over time, but the Mid-Autumn Festival is still celebrated today, with elements such as lanterns, mooncakes, and family gatherings.

The Hunter and Harvest Moons of early fall also had an importance to American settlers. The time difference between moonrises from one evening to the next is much shorter than average during these full moons. For a few days after these full moons, there is only a short period of darkness from sunset to moonrise, which lengthened the amount of time where there was enough light for harvesting. The tradition in American folklore is still celebrated in events such as the Feast of the Hunters’ Moon in West Lafayette, Indiana.

Not all symbols surrounding the full moon are cause for celebration, however. There have been superstitions surrounding the full moon’s effect on human behavior for centuries. In fact, a word used in common parlance to mean “crazy” is based on this belief — the word “lunatic” literally means “someone affected with periodic insanity dependent on the changes of the moon.” It was such a widely accepted belief that lawyers in the 19th century would use “the lunar defense” to claim that their clients were not responsible for their actions; instead, they had experienced a momentary bout of madness brought on by a full moon.

Some modern studies have found evidence against these age-old claims. A meta-analysis conducted by researchers Ivan Kelly, James Rotton, and Roger Culver compiled the results of 100 studies surrounding these events. Their published findings, titled “The Moon Was Full and Nothing Happened,” show that there is no significant relationship between the moon and human behavior.

“It is important to note that there are two hurdles to overcome before any findings on lunar variables and human behavior are deserving of public attention,” says the review by Kelly, Rotton, and Culver. “The first hurdle is that reliable (i.e., replicable) findings need to be reported by independent investigators. The second hurdle is that the relationship should not be a trivial one. The lunar hypothesis fails on both counts.”

“Nevertheless,” says Wells, “the phases of the moon have always fascinated humanity and given us cues to the patterns of the natural world around us. Whatever the significance or celebration, it is clear full moons have had an effect on cultures throughout the world.” 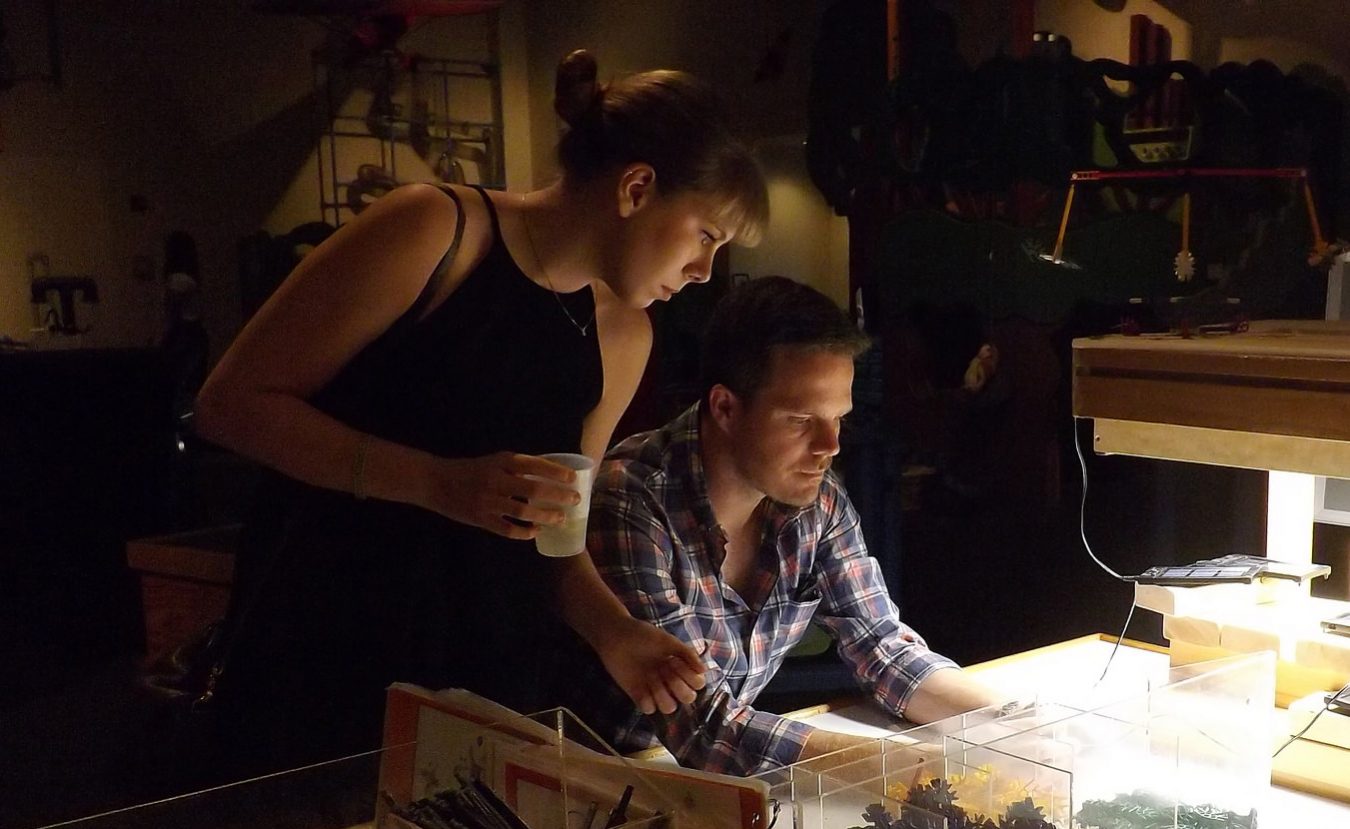 Ticket price includes museum admission, activities, and food from Hive. Guests can also purchase drinks from local breweries, and those proceeds will be donated to the WonderLab.

To explore moon stigmas and science, guests of the Blood Moon Celebration can “Ask an Astronomer” with scientists from the IU Department of Astronomy, then join in a game of Moon Trivia. Winning trivia teams will win MoonPies, as well as a better understanding of Earth’s only natural satellite. Guests can also explore the moon through virtual reality goggles or get their hands dirty with lunar landscape painting.

WonderLab After Dark: Blood Moon Celebration will take place at WonderLab on October 20 from 6 to 9 p.m. Purchase advance tickets for $15 for members and $18 for non-members online or at the museum Visitor Services Desk. Day-of tickets will be available at the door for $20 starting at 6 p.m. Ticket price includes museum admission, activities, and food from Hive.