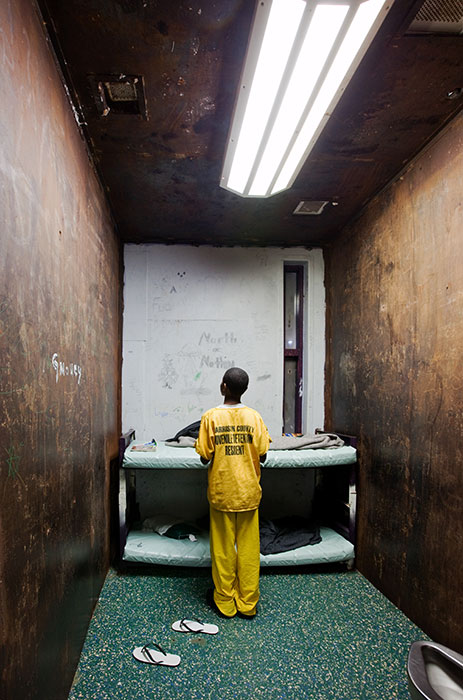 Last fall, I noticed a Facebook post from Richard Ross, an award-winning artist, activist, and then-professor at University of California Santa Barbara. Along with poster artwork for a course he was working on, titled “Making Art in a Time of Rage,” the post read, “Make beautiful trouble.”

In 2007, Ross published a photographic series titled Architecture of Authority. This project focused on “places that you never see the insides of … spaces both notorious and innocuous, from FBI Headquarters to high school corridors and office spaces.” The body of work featured unsettling pictures of architectural spaces that exert power over the individuals within them and included sites such as an interrogation room at Guantanamo, segregation cells at Abu Ghraib, and a capital punishment death chamber.

On an architectural visit to El Paso Juvenile Detention Center for the series, Ross began talking to the incarcerated kids about their experiences. That’s when a new project was born, the Juvenile in Justice series.

“I realized they were kids without a voice from families with no resources in communities with no power,” Ross says. “I realized that I was the only conduit to have people pay attention to them.”

For over a decade, Ross has taken unsettling and heartbreaking photos throughout America for his Juvenile in Justice series. The project documents the placement and treatment of juveniles around the country that are “housed in facilities that treat, confine, punish, assist and, occasionally, harm them.” The series is nationally acclaimed, with work published on CNN, Slate, NPR, PBS Newshour, and Harper’s Magazine and awards from the Guggenheim Foundation, the Annie E. Casey Foundation, and the Center for Cultural Innovation, as well as a 2012 ASME Award for Best News and Documentary Photography. Following Ross’s book publication of Juvenile in Justice, he published an additional series of images, titled Girls in Justice, that turns the lens to girls in the system.

Since its inception, the Juvenile in Justice series developed into an interdisciplinary project that incorporates visual and performance art through photography, writing, and theater. But most importantly, it acts as a catalyst for change. 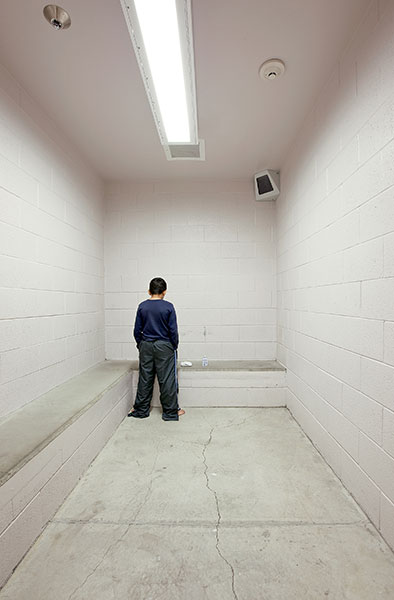 “Once you realize the above ‘gift’ and responsibility, it [becomes] impossible to walk away from these kids,” Ross says.

The Office of Juvenile Justice and Delinquency Prevention (OJJDP) is an office in the U.S. Department of Justice that oversees federal funding and standards associated with juvenile justice. Caren Harp was recently appointed as the director of OJJDP by President Donald Trump and sworn into the office in January. Ross says that Harp believes in “reversing all of the progress made over the past decade.”

Ross’s images and what they represent have become well known and iconic among juvenile justice stakeholders. “I have put a ‘face’ on these kids,” Ross says. “Data is critical, but telling a story is the way people respond.” And people are responding — specifically, politicos and those with the power to change legislation. When the Senate and House were voting on the extension of the mission of juvenile courts, they walked past Ross’s Juvenile in Justice exhibition in the capitol rotunda.

“During the vote, both Senators Dick Durbin and Chuck Grassley had copies of the book Juvenile in Justice book with them,” Ross notes. The senators, one Democrat and one Republican, voted in favor of the renewal.

Ross also works on state and local levels to create dialogue within communities about what the juvenile justice system looks like in their own backyards.

On April 5-6, Ross will present his work during a two-day interdisciplinary arts program that highlights the Juvenile in Justice series. Kicking off the program is the unveiling of a billboard in downtown Bloomington featuring one of Ross’s images, sponsored by Your Art Here. Ross’s work will also be on display at city hall throughout April. The community can interact with Ross and his work through an artist talk, workshops, activities, and a performance of his work titled Juvie Talk. [Editor’s note: See the end of this story for a full schedule of events — all free and open to the public.] 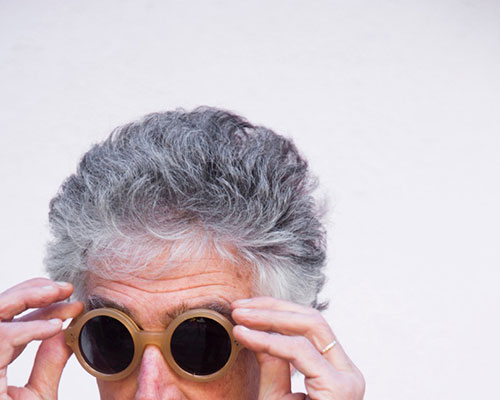 The project is partially funded by the Indiana University Bloomington Office of the Vice of Provost for Research and the IU Arts and Humanities Council at IUB through the Public Arts Grant. These events are also supported by Monster House Press, Rhino’s Youth Center, Pages to Prisoners, Your Art Here, Ivy Tech John Waldron Arts Center, the Ivy Tech Center for Lifelong Learning, the City of Bloomington, and IU’s Eskenazi Museum of Art, Media School, and Center for Integrative Photographic Studies.

As Bloomington is introduced to Ross’s work, he continues to create dynamic pieces that further dialogue around juvenile justice. “Currently, I’m working on a [children’s] book, My Brother’s in Juvie, and a booklet that is image-based alternatives to detention,” Ross says. The goal is to have the booklet in every juvenile and family courtroom in America. He’s also working with advocates at the state level to provide effective information for legislators to propose and renew legislation that helps incarcerated kids.

“My arena is not the white box museum or gallery,” Ross said. “I have a different purpose with the work. There is always more to do, more kids to fight for.” 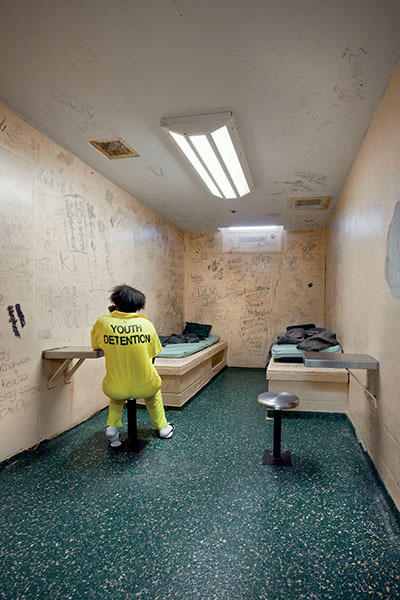 4-5 p.m. – Workshop: Photos of People and Telling Their Stories at the Ivy Tech Center for Lifelong Learning (advance registration required)