Stirring the Pot: At Thanksgiving, Let ‘the Absurdities’ Creep In 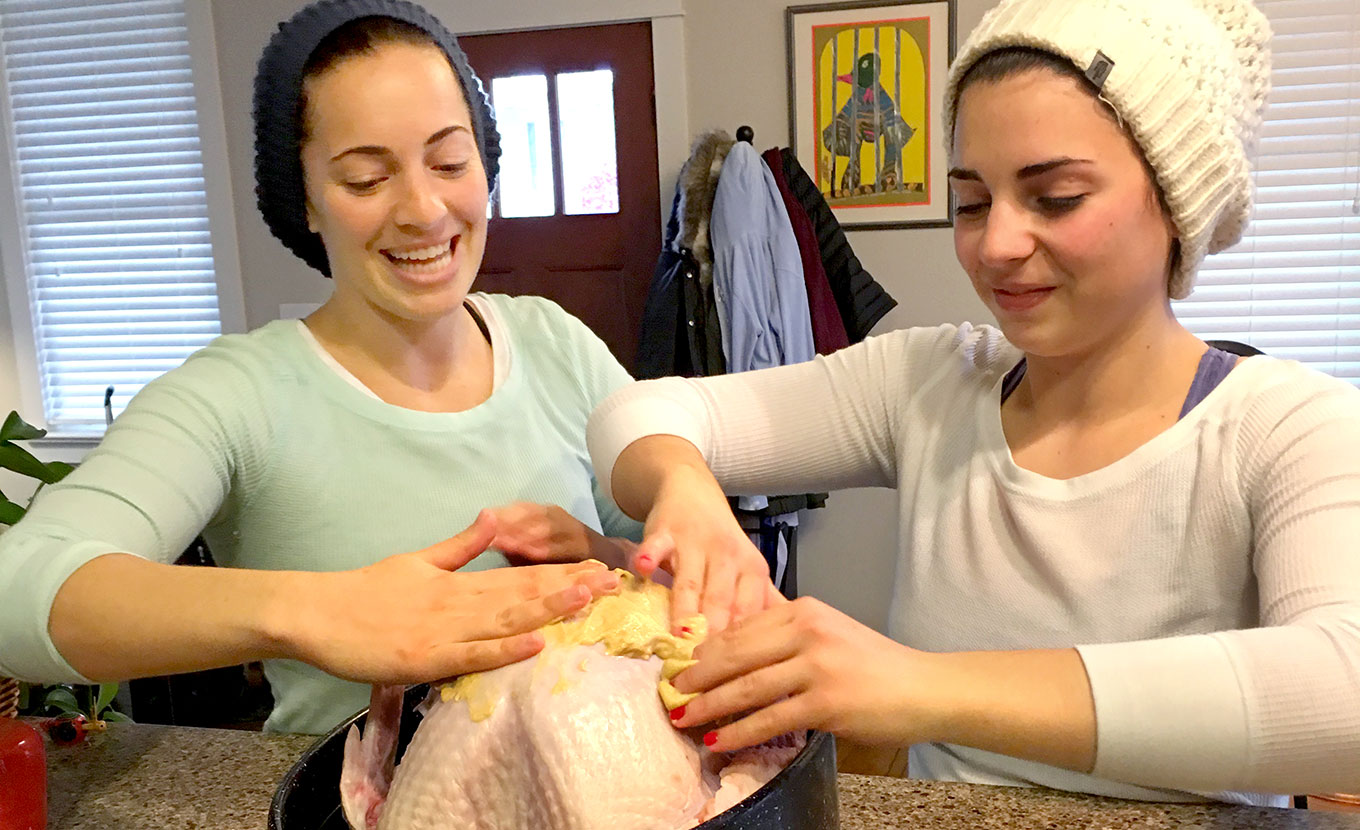 Last spring, I joined my daughters on a Chocolate Tour of Chicago. Our suspicions arose when our good-natured tour guide — let’s call him Tom — brought us to a gelato shop on Michigan Avenue. There was chocolate gelato to be had, but most of the folks on the tour opted for other, more-interesting-looking flavors. “What the heck!” we thought. Who doesn’t go for chocolate on a Chocolate Tour?

It was a beautiful day and the Magnificent Mile awaited with its chocolaty delights. But as we made our way through the city, we realized that Tom had only a vague idea of where we were going and even less knowledge of the mysterious lure of chocolate. And, damn, if there wasn’t an unlit joint between his fingers!

But, as luck would have it, one of our fellow chocophiles proved very knowledgeable about chocolate — and very eager to make sure we all knew it. Tom somehow managed to find a fancy truffle emporium. And we were just reaching for those happy confections with our greedy fingers when Mr. Chocolate Genius made us all pause to hear his lecture on the art of savoring a truffle. (If memory serves, it involves biting it in a certain way to get chocolate notes to various parts of one’s tongue.) The girls and I listened politely and studiously, not daring to make eye contact with each other because we knew we would lose it. “That’s cool, man,” said Tom.

Mr. Chocolate Genius, it turns out, was also an expert on architecture and churches. Tom continued to walk us about, joint in one hand, Chocolate Tour flag in the other, but it became clear that neither he nor the chocolate was the star anymore. Our know-it-all fellow tourist had co-opted the show.

And so we arrive at Thanksgiving — where the side dishes usually overshadow the bird. My wish for you, dear reader, is not to be so focused on a flawless feast and a perfect presentation that you suppress all of the absurdities and silliness that creep in. Be a part of the show. It’s the stuff of life! The real joy, whether you’re on a chocolate tour or seated at a Thanksgiving table, is getting to hang out with your favorite people, never quite knowing how it will all turn out.

Here are some recipes to help you on your way:

Don’t buy one of those huge monstrosities. Remember, most folks are in it for the side dishes, so subtract a few pounds from the size you intended. If you’re buying a frozen turkey, let it thaw naked (take off that nasty plastic wrap) in the fridge. Rinse and pat dry.

Make sure you take out the giblets bag. (A step I have forgotten more times than I care to remember.)

Prepare your favorite stuffing recipe. Place turkey in a roasting pan with a rack at the bottom. Fill the cavity loosely, as stuffing expands during the roasting. And now comes the fun part. Grab a jar of Dijon mustard and any willing relative. Scoop out several tablespoons of mustard and plop them on the bird. Have said relative massage the mustard into the skin, copiously coating the entire exterior. This assures a moist, flavorful turkey. Sprinkle generous amounts of ground rosemary, roasted garlic powder, and a dash of cayenne pepper over the mustard-coated bird.

Preheat oven to 325°F. Roast, uncovered, about 15 minutes per pound. If the wing tips start to char, cover them with foil.

Remove the turkey from the oven and let it rest a bit before carving. Squeeze juice from the orange into a measuring cup, adding enough boiling water to make 3/4 cup. Add butter to juice and stir to melt.

Chop up chocolate and place in a mixing bowl.

Bring cream and butter to a boil in a small sauce pan. Pour this over the chocolate and stir to melt.

Refrigerate until set, for several hours or overnight.

No Replies to "Stirring the Pot: At Thanksgiving, Let ‘the Absurdities’ Creep In"