Since the ’70s, Bloomington Has Been a Midwestern Haven for Punk 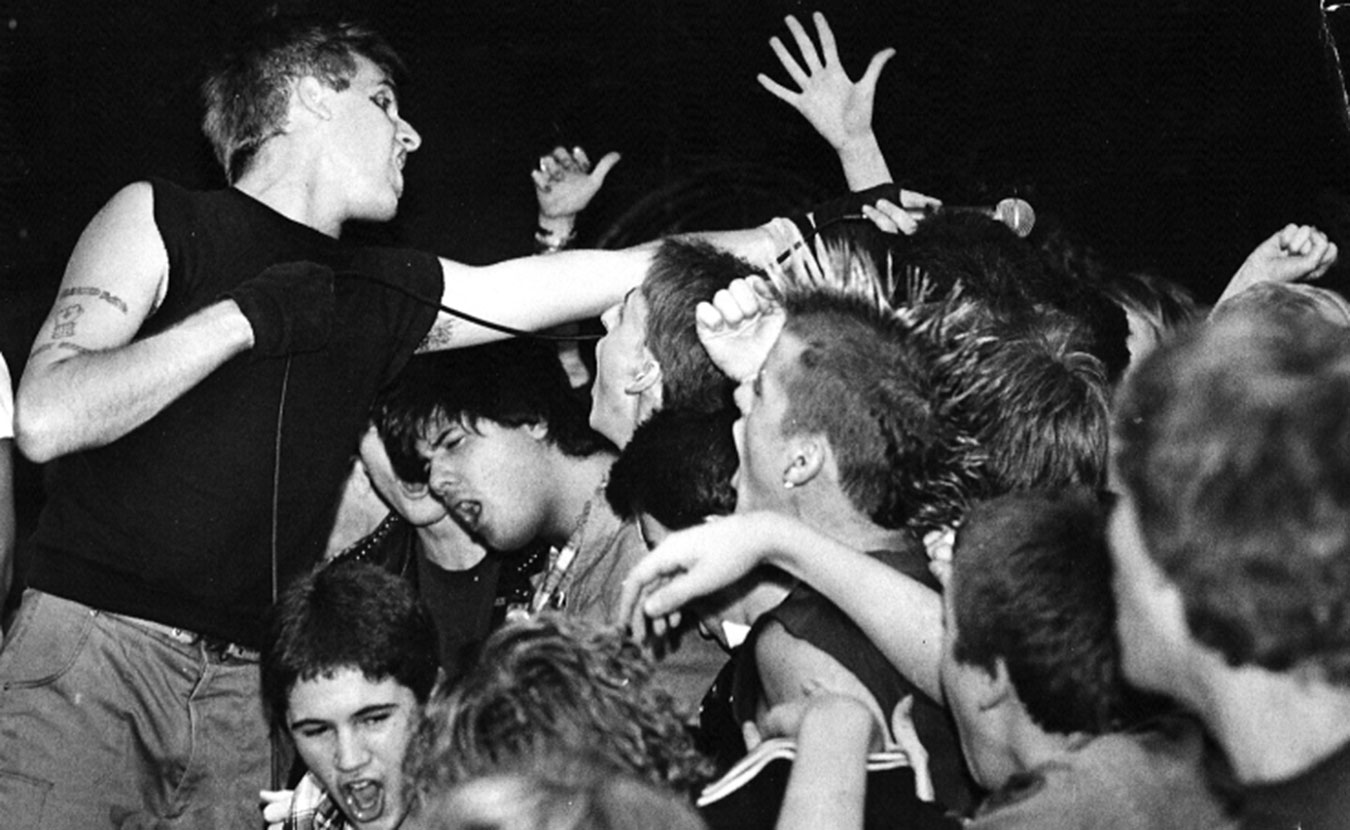 It’s 1976: The Ramones have just released their first studio album, and the Sex Pistols are still a basement nightclub band in Sheffield, England. Before punk rock seized American counterculture, the Gizmos had already recorded their first EP in Bloomington, their hometown. The protopunk band sent some of the initial shock waves of punk throughout Bloomington, inspiring young musicians across the city to join what would become a revolution in music.

“Most everyone was just happy to be part of something that was fun, rebellious, and socially satisfying,” says Indiana-music historian and ’80s punk musician Rick Wilkerson. “Before punk, it wasn’t really possible to start playing in a band unless you were already an accomplished musician. Punk allowed that rule to be broken. All you needed was an instrument and desire.” An ad for the Gizmos that appeared in Gulcher, “Bloomington’s Musicpaper,” in 1976. | Courtesy image

Bob Richert, founder of the local, independent record label Gulcher Records, had an ear for the underground scene and started releasing 45s and EPs from artists around Bloomington and Indy in the mid-1970s. He decided to focus on Midwestern hardcore and new wave music after the Gizmos’ 1976 EP Muff Divin started getting national recognition. While the label has relocated to Orlando, Florida, its releases have been reviewed by popular entertainment platforms such as Rolling Stone, SPIN Magazine, and Pitchfork.

With few local opportunities to play professionally, most Bloomington bands had to play in friends’ basements and bars to be heard. Eventually, more venues started popping up around town to accommodate the growing counterculture. Bullwinkle’s nightclub, which was located in the basement of the building where Serendipity is now, became associated with the punk and new wave scene in the early ’80s, when longtime DJ Gary Indiana started booking shows upstairs, which soon became Second Story nightclub.

Before he went on to play guitar for nationally acclaimed groups, including the Lemonheads, John Strohm was active in Bloomington’s punk scene in the ’80s and has since chronicled his time in B-town in a series of blog posts for the Indy nonprofit Musical Family Tree.

“Those shows were life-changing,” he writes in his blog of the punk culture in Bloomington, which is often looked to as one of the most progressive in the country by musicians and fans. “I wanted to be a part of that world more than I’d ever wanted anything. … That became the singular, driving force in my life, which continued to be the focus for the next fifteen years.”

Wilkerson started his punk career when he bought his very first Korg MS10 synthesizer. By early 1981, he and his band, Amoebas in Chaos, were performing at Bullwinkle’s alongside some of the peaking local punk bands of the time. It was a small but welcoming community, he says.

“Everyone seemed to be glad to find kindred spirits,” Wilkerson says. “It was still a very small and marginalized subculture that was isolated from the mainstream.”

With their multicolored mohawks, safety-pin piercings, and aggressive fronts, the punk kids of the ’80s were a far stretch from the hippie counterculture of their parents. With the punk scene came a whole new world of invention and visual expression. Mike Whybark, who chronicled the ’80s Bloomington punk scene for The Ryder, and still does on Musical Family Tree, says this helped make the “punk experience” more authentic and intimate.

“It was all new, so it was explicitly cast outside of the mainstream marketing channels of American pop culture at the time,” he says. “It was disruptive and threatening to day-to-day political, behavioral, and sexual norms.” The cover (left) and a review of the Gizmos (right) in No Wave Gazette from 1979. | Courtesy images

Thanks to previous musicians paving the way, others from around the state have been able to find their voices in the modern music scene in Bloomington. And the DIY mentality passed down by those before them has helped shape the scene’s character as well. Current Indiana University student and musician Tyler Dell got involved in the local scene when a friend of his invited him to see his band, The Corbomite Maneuver, play at the Meat Lodge, a local house-show venue just east of campus. He was hooked instantly.

“Bloomington’s punk scene is very diverse in sound without even including all of the touring acts we get,” Dell says. “The underground punk touring scene is still thriving — and especially in college towns.”

Not to be overlooked by their predecessors, the diverse group of musicians in the modern punk scene in Bloomington has also been flourishing. From the lo-fi hardcore of Laffing Gas and the indie lady power of Her Again to the pop punk masters of High Dive and the trending folk punk group Ghost Mice, it’s clear the lasting influence of punk has taken hold of Bloomington’s current music scene with more bands, more venues, and more fans than ever.

“What’s happened since then would have been unforeseen back then,” Wilkerson says. “We were just hoping to get 50 fans to a show or put out a little record.”

Sierra Vandervort is a freelance journalist and author and is currently finishing her degree in journalism and music at Indiana University. She has experience in online and print media, but her focus is magazine and feature writing. Sierra loves adventuring, reading, writing, and discovering new, independent art and music. She's also strangely obsessed with Spider-Man and is always dancing — even though she says she's terrible at it.
Tagged
Comments

No Replies to "Since the '70s, Bloomington Has Been a Midwestern Haven for Punk"