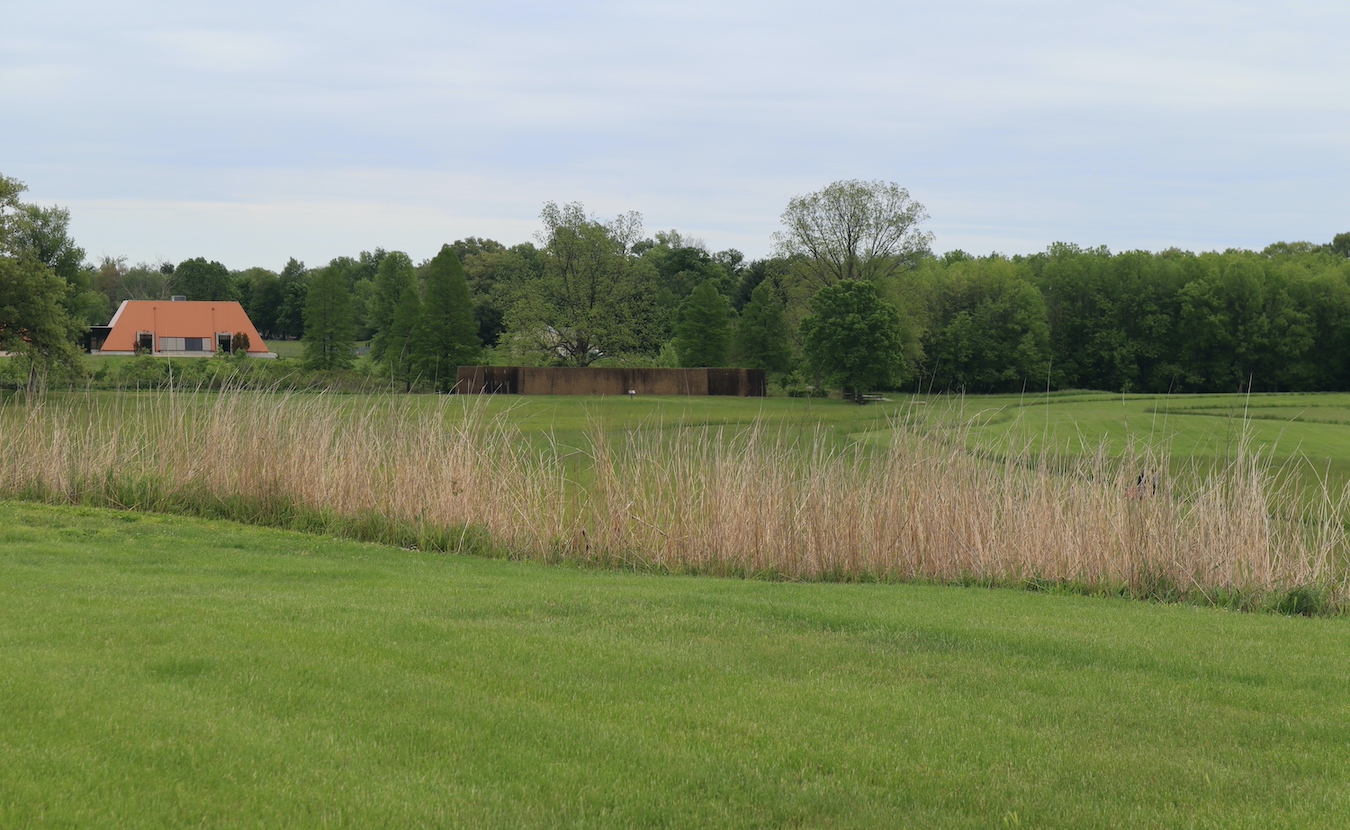 Angel Mounds Historic Site, along the Ohio River just east of Evansville, was a bustling town and trading hub for Native American people during the Mississippian Culture Period, prior to European colonization. Beginning in the 1930s, the remains of 700 individuals were excavated from the site and stored at Indiana University until March 2021, when they were repatriated. | Photo by Laura Martinez

Nestled along the Ohio River, on the outskirts of Evansville, just a short drive off I-69, sits Angel Mounds State Historic Site. Angel Mounds represents a world few people know about; to many it just appears to be a large field dotted here and there with large grassy hills, a perfect place to let the kids run off some energy. However, those hills aren’t hills at all; they’re 1,000-year-old manmade structures, known as mounds, and the field on which they sit was at one point the site of an important bustling town and trading hub for Native American people in the Ohio River Valley, prior to European colonization. 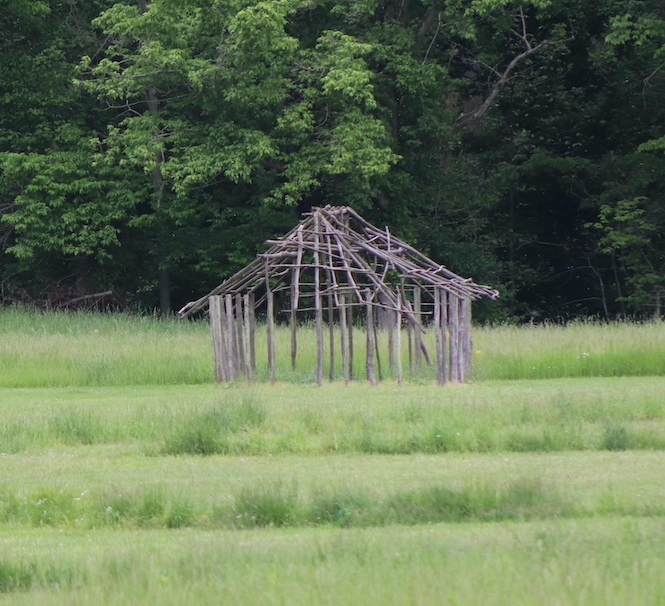 This reconstructed frame of a daub house at Angel Mounds is like those that might have been used at the settlement. While the inhabitants were agricultural people, the town was also a trading hub due to its proximity to several rivers. | Photo by Laura Martinez

Angel Mounds historically was a moderate-size town along the Ohio River Valley. When originally constructed in the year 1000 CE, it was a walled town with a stockade encircling three sides and the Ohio River enclosing it to the south. A key feature to Mississippian towns and cities is the large central mound, on top of which sat the home of the hereditary chief, and Angel Mounds is no exception. The mound named Mound A is the central mound. There are 12 other mounds in the town, on top of which, originally, stood the homes of spiritual leaders and important people, as well as places of religious worship.

The inhabitants of Angel Mounds were a heavily agricultural people; however, one of the most historically significant aspects of the town was its importance as a trading hub due to its location along the Ohio River and proximity to the White River to the north, the Wabash River to the west, and the Anderson River to the east. Traders from the far reaches of the Mississippian Culture area, which extended from the Gulf of Mexico to the Atlantic Ocean, were able to bring goods through Angel Mounds, and, thanks to the extensive trade networks in the Americas prior to European arrival, these trade goods were not limited to just those of Mississippian origin. Trade goods that originated in South America have been found by archaeologists in Canada, for example.

Mound A (above) is the central mound at Angel Mounds. The town had 12 other mounds, on top of which stood the homes of spiritual leaders and important people, as well as places of religious worship. The majority of the Middle Mississippian cities, including Cahokia (the largest Mississippian city, near present-day St. Louis) and Angel Mounds, were abandoned around 1450, prior to Columbus’s landing in the Caribbean in 1492. | Photo by Laura Martinez

Toward the end of the 14th century, prior to Europeans landing in the Caribbean, the planet began to enter a cooling period now known as the Little Ice Age. This time period brought with it crop failures, which in turn caused political unrest and warfare between people. Around the year 1450 CE, people began abandoning cities like Cahokia, Angel Mounds, Kincaid Site, and Moundville, the central Mississippian towns and cities for the Middle Mississippian people, with the South Appalachian, Caddoan, and Plaquemine Mississippian groups following suit over the next 100 to 200 years. Several tribes — including Alabama, Apalachee, Caddo, Chickasaw, Choctaw, Muscogee, Guale, Hitchiti, Ho-Chunk, Houma, Kansa, Missouria, Mobilan, Natchez, Osage, Quapaw, Seminole, Tunica-Biloxi, and Yamasee — descend from Mississippian people, and many of the abandoned cities remain places of spiritual and historical significance for them.

In the 1930s, archaeologists like Glenn A. Black began excavating the site, removing the remains of these people. They were then stored in what is now the IU Museum of Archaeology and Anthropology, where they remained for the next 80 or so years. In 2016, Native tribes in Oklahoma expressed their desire to repatriate the remains of 700 individuals to Angel Mounds in accordance with the Native American Graves Protection and Repatriation Act (NAGPRA) to return these remains back home to their resting places. In March 2021, staff from IU and the Angel Mounds Historic Site completed the repatriation, finally returning the remains to the town in which these people had lived and been buried. For many Native American people, having ancestors remain in their resting place is of great importance spiritually and culturally. For many people, having these remains back home at Angel Mounds means they are once again at rest.

As a Native American born and raised in Indiana, although I am not from a tribe descended from the people of Angel Mounds, I have visited the site several times throughout my life. Its age and history make it a significant place for many Native people even if we are not descended from the original inhabitants. I wonder, if traders from my people ever made their way through here, what kinds of Apache and other Athabaskan goods traveled through this town? During much of the time these cities were occupied, my Athabaskan ancestors were making their journey from what is now Canada and Alaska to the southwest where our homelands are today. 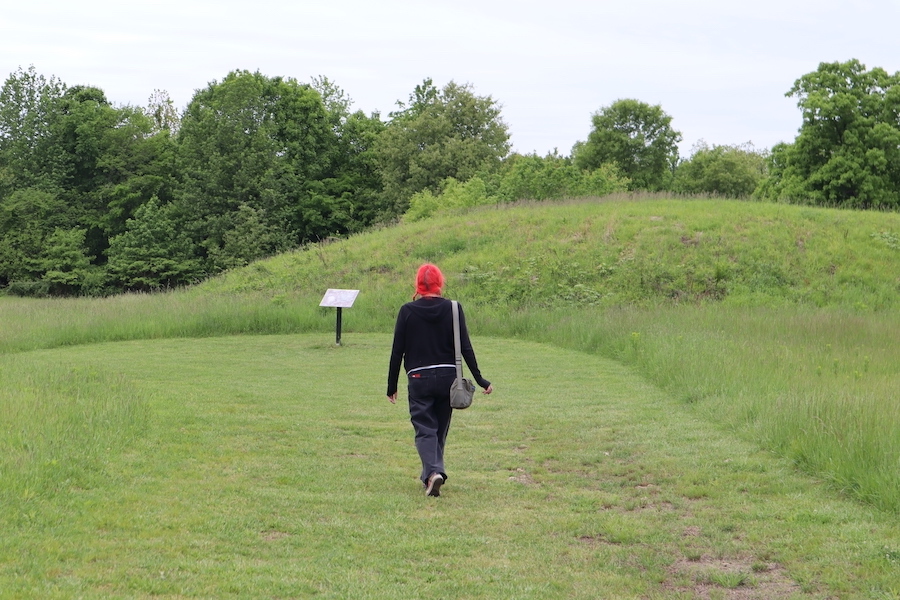 As a Native American born and raised in Indiana, historian Laura Martinez (pictured) says Angel Mounds is a sacred place for many Native American people, and they should have the same freedom to practice their spiritual beliefs as any other American. | Courtesy photo

The story of my most recent visit, made while preparing to write this article, is one I would like to share with you, as the history of this site would be lacking without it. I have been taught since I was young that when entering a sacred site, especially those which are the lands of other people, it is important to pay my respects to the ancestors whose land I am a guest on. In the past, when I’ve visited Angel Mounds, as well as other historic sacred sites, I have placed tobacco on the ground to honor the ancestors, as I was taught to do from a young age. I say a few words of respect, thanking them for letting me visit their land.

One of my sons and two non–Native friends, who had never been there before and wanted an afternoon history lesson, accompanied me on this most recent trip. I realized when we were paying for our admission that I had left the bag of tobacco in the car. I turned to my friend to ask for her keys, and said, “Oh, I forgot the tobacco in the car.” The employee behind the counter said firmly, “There’s no smoking here.” I informed her that I was not intending to smoke the tobacco, only to put down some to honor the ancestors. She then proceeded to inform me that I was not permitted to do so without permission from the Indiana State Museum. I asked again for clarification, and she informed me that I was not permitted to place a small amount of a natural leaf on the ground. The whole time we were walking around the site, we were picking up wrappers and trash from fast food that other people had left on the ground on their visits to Angel Mounds. I felt hurt, I felt violated. 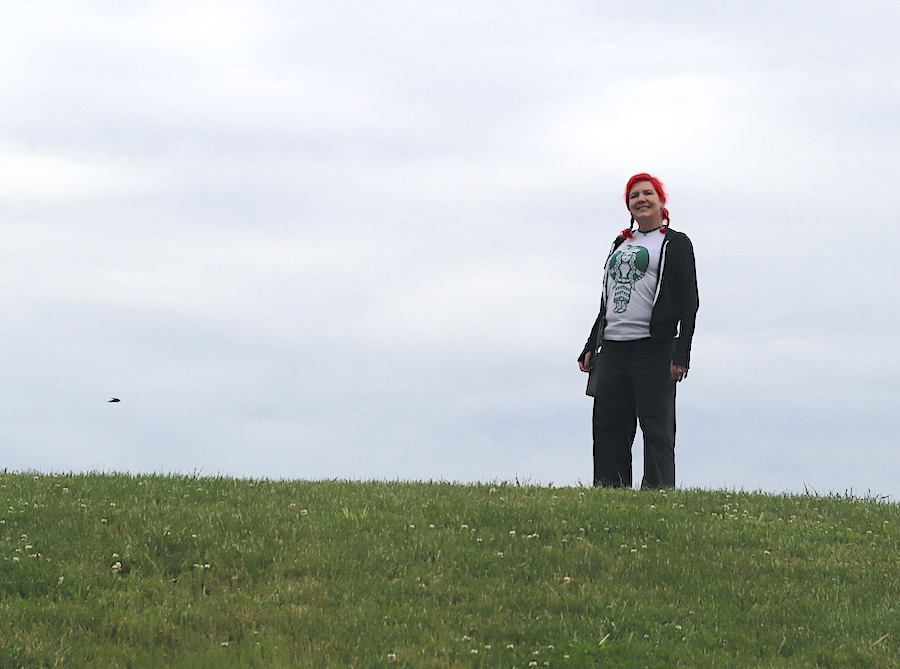 The following Monday, I called the directors of Angel Mounds and the Indiana State Museum, which owns the site, because what had happened was a violation of my rights under the American Indian Religious Freedom Act of 1978. Both men who I spoke to were deeply apologetic and did their best to make the situation right, inviting me, my family, and my friends to visit again with no charge for admission. They informed me that this was not their site policy and that they have had other Native visitors who have never had a problem laying down tobacco. However, I feel like this employee’s ignorance of site rules speaks to a larger issue at hand when Native American people visit sacred sites.

Recently, a Navajo man was tased at Petroglyphs National Park when he stepped off the trail to pray. Native American people should have the freedom to practice our spiritual beliefs like any other American; however, we are often prevented from doing so. This is largely due to the fact that many non–Native people view our cultures, spiritual practices, and sacred sites as dead historic relics of the past, and our sacred sites are treated by non–Natives as such, not places of spiritual and historic importance to living people and cultures.

When I spoke with my grandmother on the phone after the incident, she said that she believes all employees of sacred sites should be trained on what to expect when Native American people visit their sites. I know that I am not the first Native person who has experienced this, but I should be the last.

When originally constructed in the year 1000 CE, Angel Mounds was encircled to the south by the Ohio River and on three sides by a stockade. Toward the end of the 14th century, the planet began a cooling period now known as the Little Ice Age, and around the year 1450 CE, Middle Mississippian people began abandoning their towns and cities. Many of those places still have spiritual and historical significance for Native Americans today. | Photo by Laura Martinez