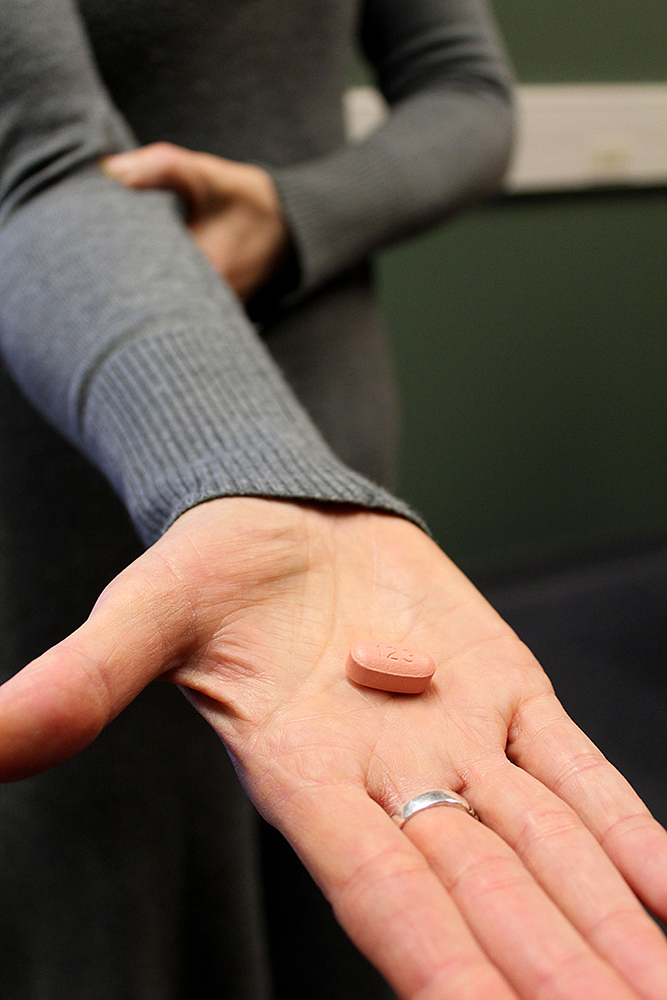 The lead care coordinator for client services at Positive Link, Tammy Baynes holds an HIV antiviral drug called Atripla. While this drug does not cure HIV/AIDs, it does slow the spread of the infection and prolongs life. | Photo by Nicole McPheeters

“I was diagnosed [with HIV] in October 2015, but I have only been actively dealing with it for two years,” says Nick Melloan-Ruiz, a 31-year-old Bloomington native. “The first several months were a blur.”

Melloan-Ruiz, who also has cerebral palsy, had already spent years working to build up his self-confidence. “I had trouble working through several self-esteem issues relating to my cerebral palsy. It took several years to overcome,” he says. “When I was diagnosed with HIV, I was finally comfortable in my own skin, and thought nothing could get me down. I said, ‘Give me your worst!’ then the response was, ‘Okay then, here you go.”

He isolated himself for the first several months after his diagnosis. Once he found the strength to pursue medical assistance, he was mentally and physically depleted. Part of his aversion to pursue HIV treatment was due to his spending years receiving medical attention for cerebral palsy.

“Growing up, I spent a lot of time in doctor’s offices, physical therapy, etc. Once I was in my 20s, I wanted to put all of my medical issues behind me. I finally felt I could live how I wanted,” he says. “But this led me to avoid taking care of myself, specifically my sexual health. I had to work much harder to get healthy again.”

Part of this process was beginning antiretroviral therapy, or ART, a treatment method made up of various classes of medications that prevent the growth of HIV. According to the U.S. Center for Disease Control (CDC), treatment with antiretroviral medicines reduces the risk of transmitting the virus by 96 percent. When an individual living with HIV correctly adheres to ART medications as prescribed, the level of HIV in their body can become undetectable, or suppressed. Viral suppression is defined by the CDC as having less than 200 copies of HIV per milliliter of blood. If an individual is virally suppressed or has an undetectable viral load in their system, their HIV is under control and bears nearly no risk of sexual transmission. In effect, their life expectancy can be near that of a person not living with HIV.

In most cases, it’s recommended that ART begin as soon as an individual is diagnosed. Without antiretroviral therapy, HIV will attack CD4 cells, also called white blood cells or T-cells, which fight germs and infections and are an important part of the immune system. A lack of CD4 cells leads to progressive immunodeficiency, often referred to as AIDS. 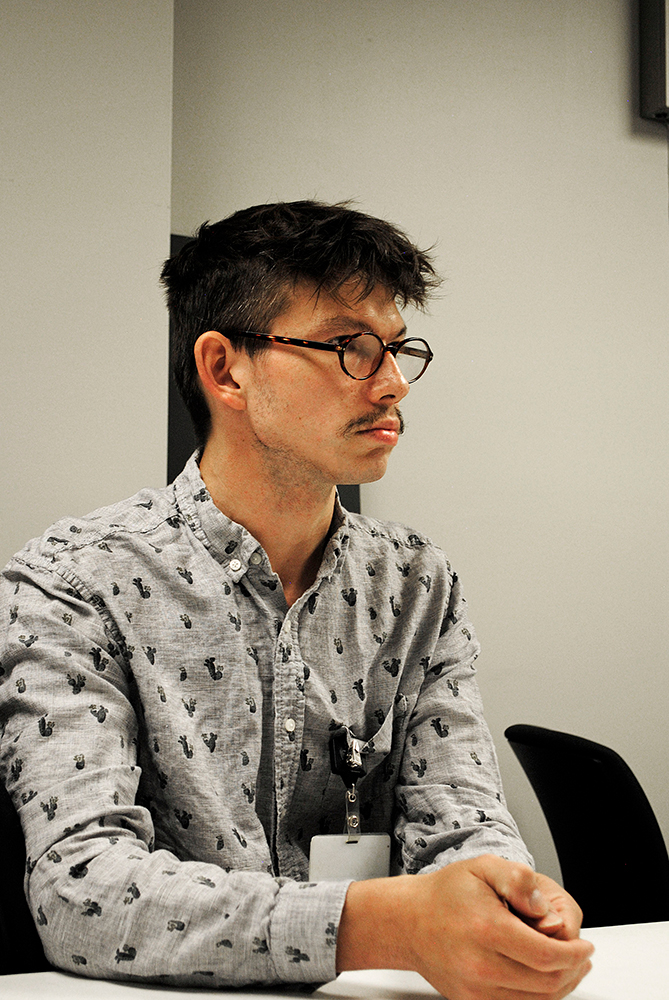 Nick Melloan-Ruiz is a Bloomington resident living with HIV. Melloan-Ruiz is also an outspoken advocate for HIV care and prevention, and volunteers his time at Positive Link, as well as at the state department of health. There, he sits on the advisory council to help develop and update policies that reach out to those diagnosed with HIV. | Photo by Nicole McPheeters

Positive Link, a prevention and care coordination site for people living with HIV/AIDS in Bloomington and surrounding counties, educates clients on ART and assists in accessing the medication(s) that will work best for them. Tammy Baynes, the lead care coordinator for client services at Positive Link, says the first non-nucleoside reverse transcriptase inhibitors and protease inhibitors, medications proven to prevent growth of the virus, were approved in 1996, and continual advancements have been made since.

“Prior to one pill once a day, people took a medley,” she says. “Over the years, they have reformulated and combined medication into one pill. Now, these single pills have three different drugs in them, each one attacking the viral load at different phases.”

Currently, there are 40 individual and combination medications approved for the treatment of HIV. Melloan-Ruiz says it is important for each individual to find what works best for them. He has tried a couple of variations to find what he is comfortable taking every day.

“When I started, I was on six to seven different medications, but now I am just taking Biktarvy. It is a newer combination of three different meds that came out in 2018,” he says. “My former medication, Atripla, would cause me to have very vivid and realistic dreams. I was dealing with the side effect well enough, but was offered the chance to switch by my doctor and went for it. It has become one less thing to worry about.”

Yet, Baynes explains, many HIV-positive individuals are still apprehensive despite this fact. To a portion of the population, it seems impossible they will not transmit even though the virus is undetectable in their system. “Some people are so scared of doing to someone else what was done to them — i.e., being given a lifelong infection,” she says. “Even if they comprehend that the chances of them transmitting are slim to none, the minute possibility is too much to bear.”

(left) Baynes says, despite knowing that the virus is “undetectable” means it is untransmittable, many HIV-positive individuals are still apprehensive. (right) Emily Brinegar, prevention coordinator at Positive Link, says, “When you’ve been conditioned to believe you’re a threat to others, it can be incredibly difficult to wrap your brain around the fact that if your viral load is undetectable, you’re not going to transmit HIV.” | Photos by Nicole McPheeters

In 2016, 45 percent of HIV-positive individuals were over the age of 50, according to the CDC. Emily Brinegar, prevention coordinator at Positive Link, explains that many people in this age bracket are “long-term survivors,” individuals diagnosed toward the beginning of the epidemic. 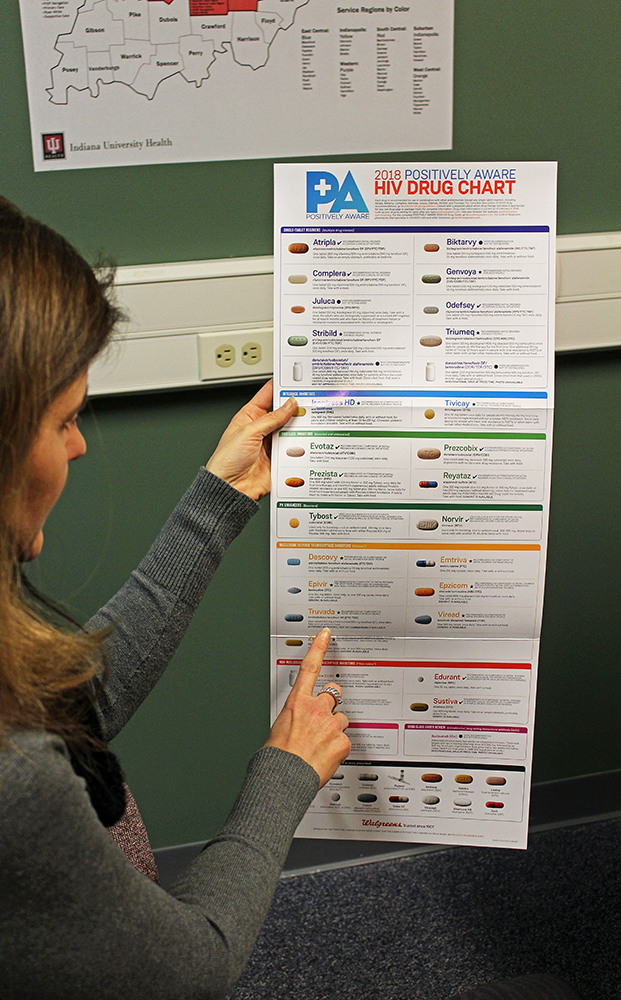 Brinegar believes the issue for these legacy survivors is not about trusting the effectiveness of ART. Rather, it is about accepting they won’t be able to transmit HIV if their viral load is undetectable. “With some of these folks, it is not hard being on meds and staying on meds. They’ve had to watch so many people they’ve known die from HIV. With that, they have learned to internalize a lot of the stigmas that come with HIV and being infectious.”

“People who have been living with HIV for 20-30 years have experienced so much stigma around the disease, and it has affected them on a deeply personal level,” Brinegar explains. “Many people with HIV have lost jobs, family, housing and experienced discrimination based on the idea that they were a danger to other people. When you’ve been conditioned to believe you’re a threat to others, it can be incredibly difficult to wrap your brain around the fact that if your viral load is undetectable, you’re not going to transmit HIV.”

Positive Link offers support groups for individuals living with HIV. Brinegar, who facilitates these meetings, believes that a key to overcoming these concerns is education and engagement.

At the beginning of 2018, Positive Link introduced the Linkage to Care program to Monroe County and surrounding areas. This program assists HIV-positive individuals who are newly diagnosed and need to get connected to care, along with individuals who need help getting back into care. “A big topic in the support group is ‘Are you sure it will work?’” Brinegar says. “We are really trying to utilize Linkage to Care to get in front of these individuals, and share the facts and research.”

Linkage to Care is free to qualifying individuals, and utilizes hands-on engagement to ensure individuals have access to ART and an understanding that it can ultimately lead to viral suppression.

Another forum used to spread this message is the nationwide Undetectable Equals Untransmittable (U=U) campaign endorsed by the Prevention Access Campaign. This movement utilizes data backed by the CDC to influence public opinion on HIV and the effectiveness of ART. The U=U campaign is causing more individuals with HIV and their loved ones to understand that they can live long, healthy lives, have children, and not have to worry about passing on their infection to others. Additionally, partners of individuals with undetectable HIV loads can take pre-exposure prophylaxis (PrEP) as an extra precaution. PrEP is a daily drug used to prevent HIV in people who have not yet been exposed. 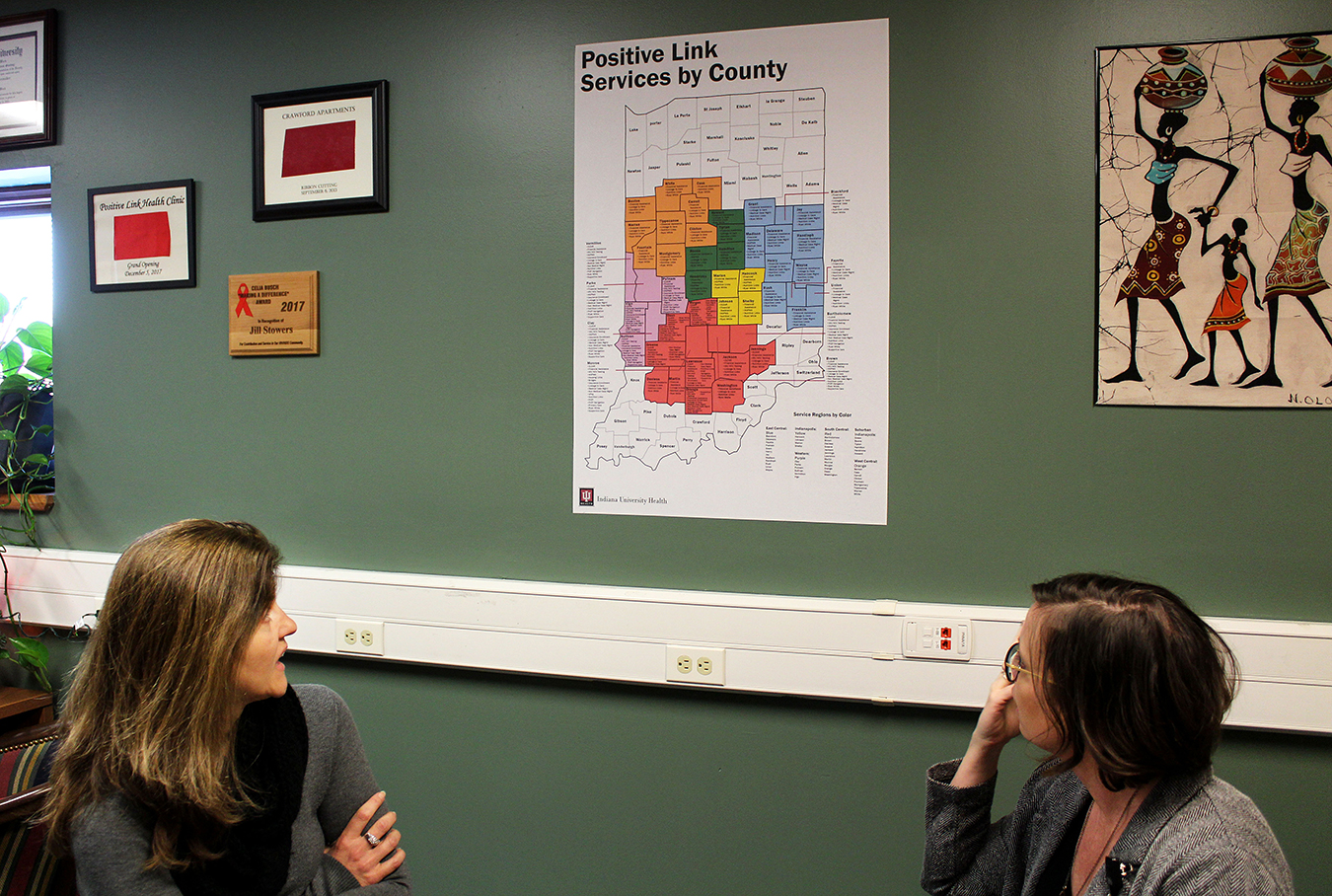 Baynes and Brinegar look at a map posted on their wall, showing where Positive Link services are available by county in Indiana. | Photo by Nicole McPheeters

For Melloan-Ruiz, understanding U=U helped him set goals toward a happy and healthy life. “I resisted getting tested because I knew what the result would be, and I was fearful of that,” he says. “So to hear about undetectable, it felt like I could have goals and something to work toward. It meant I could still have a life!”

Melloan-Ruiz expresses a passion for the U=U campaign because of its message that all sexually active people can work toward achieving healthy outcomes no matter their test result.

“I’m really happy that the general public is starting to learn about HIV, and not just people in the field,” says Melloan-Ruiz. “It is my dream to de-stigmatize the HIV test and help people to realize that no matter the test results, it will be manageable and workable. I think we are headed there.”