Disney’s Beauty and the Beast

The Lion, The Witch, and The Wardrobe

The Musical Adventures of Flat Stanley

When Kate Galvin took over as Artistic Director for Cardinal Stage Company last November, the word “consistency” became a more important part of her vocabulary. She wanted to ensure that the quality and diversity of Cardinal’s shows remained. She also recognized that the marketing materials for the company needed updating so that they were cohesive as well. Change was needed while also staying consistent.

“With a leadership change, it seemed like a good time to review our brand from top to bottom,” says Galvin. Cardinal is over 10 years old, and many programs have been added in that time. “We needed to assess our visual identity and create consistency across all programs,” she says. This review led to a decision to update their logo and website. Fortunately, one of their board members, Armin Vit, is also co-owner of the Bloomington-based design company UnderConsideration. 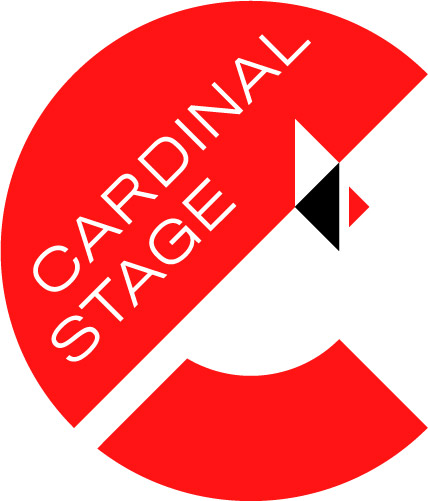 Vit and his wife and business partner Bryony Gomez-Palacio worked first on updating the logo. “We wanted to make Cardinal Stage Company more contemporary and vibrant. The new logo is more playful and a unique interpretation of a cardinal bird, and it has an element of surprise, like the productions the company puts on,” says Vit. Then they set to work on creating a new website that would better illustrate what Cardinal shows are like. Vit explains, “The website showcases Cardinal’s productions with big areas for images and photography, so people can see the quality.”

The new website will be responsive for viewing on any size device, and navigation will be clearer and more efficient. This provides more opportunities for engagement, another priority for Cardinal. Managing Director Gabe Gloden says, “All of our productions and programs are meant to cultivate a lifelong interest in theatre.” The website and marketing materials support that effort to engage patrons.

Cardinal also emphasizes local craftsmanship, which is why they used Vit and his company on the redesign and why they strive to use local actors and production staff in their shows. Gloden summarizes, “We’re like the craft beer of theatre: made locally, but very high quality that has local and national appeal.” Ensuring locals are included also provides opportunities for actors and stagehands to hone their craft, which helps build the local theatre community.

Refreshing the brand identity will help create a more consistent look for Cardinal and help support the productions, but the actual shows require a great deal of consideration, too. When it came time to determine the shows for the next season, Galvin was mindful of what longtime patrons expect from Cardinal. She and her team surveyed season subscribers to gauge what types of shows they prefer, and even provided a scene showcase for over 100 patrons where they produced one scene per potential show. The feedback from Cardinal fans helped Galvin better understand the local theatre-going community and what they want to see from the company. “It was apparent that our patrons enjoy the diversity of our programs, with a mix of classics and contemporary works, comedies and dramas and musicals,” she says.

Beyond what the patrons want, Galvin also has to consider other factors when choosing shows, like obtaining rights, whether the show has been produced recently in the area, staffing needs, relevancy to current events, and budget. The scheduling of the selected shows is also a factor. “It’s not an accident that our large-scale holiday show will be followed by a simple two-person play to give our staff and our budget a break,” she says. 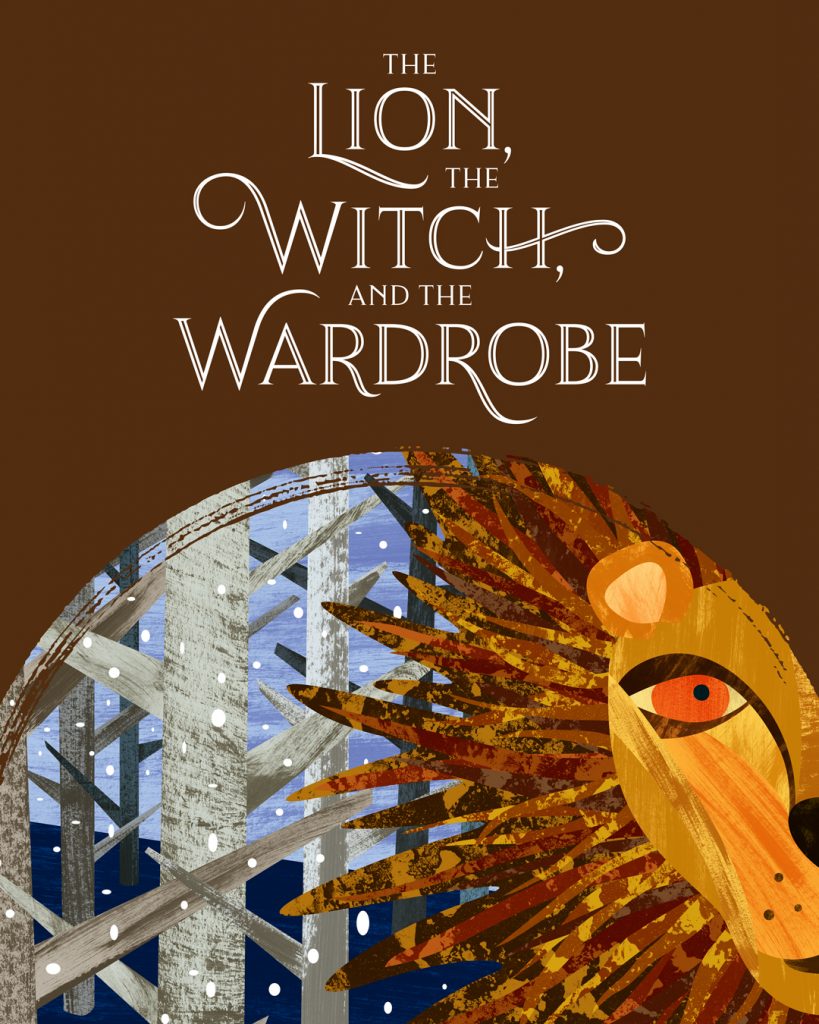 To Narnia and the North! Cardinal’s season kicks off with the Cardinal for Kids production of C.S. Lewis’ classic tale, ‘The Lion, The Witch, and The Wardrobe.’

The thoughtful considerations that Galvin and staff have taken are apparent in the 2018–19 season. The first show is a Cardinal for Kids production of The Lion, The Witch, and The Wardrobe, the classic story of four siblings battling through the magical land of Narnia. The show will run September 7–23 at the Ivy Tech John Waldron Arts Center. All shows this season, except the holiday production, will also take place at the Waldron.

Following that is a Mainstage production of The Christians, a contemporary drama that follows a pastor as he builds his church to several hundred members before having a personal revelation that leads to a battle between personal faith and institutional doctrine. In keeping with their focus on local, each performance will feature a Bloomington area church or community choir. This is the perfect type of show for Cardinal — newer works that aren’t part of touring production but should be seen in communities like Bloomington. This show takes place October 18–November 4.

The big holiday production previously mentioned will delight theater-goers of all ages. Disney’s Beauty and the Beast is the familiar story of Belle taking her father’s place as captive of the Beast only to become friends, and perhaps more, which would break the spell cast over the Beast and his castle. Cardinal will put a unique touch on this musical December 13–30 at the Buskirk-Chumley Theater.

A much smaller-scale production follows with Rounding Third, a two-man comedy about a baseball coach and assistant coach with completely different goals for their Little League team. The show is funny and entertaining, and appropriate for teenagers, which provides another chance for young people to see live theatre. The show runs January 24–February 10.

If Cardinal patrons want classics, then Galvin delivers with Tennessee Williams’s The Glass Menagerie, March 20–April 7. This touching drama follows a woman and her children as she dreams of a better life for her family, only to have reality threaten to shatter it all.

Wrapping up the season is another Cardinal for Kids production, The Musical Adventures of Flat Stanley. This is the story of Stanley, who becomes flat after an accident with his bulletin board. He travels across the country trying to find a way to fix himself, making friends along the way. The show runs May 10–26.

The diversity of productions is one of the things Cardinal has become known for, and the upcoming season continues that theme. There may be a new director, a new logo, and a new website, but the outstanding productions, unique programs, and local flavor are still top notch.