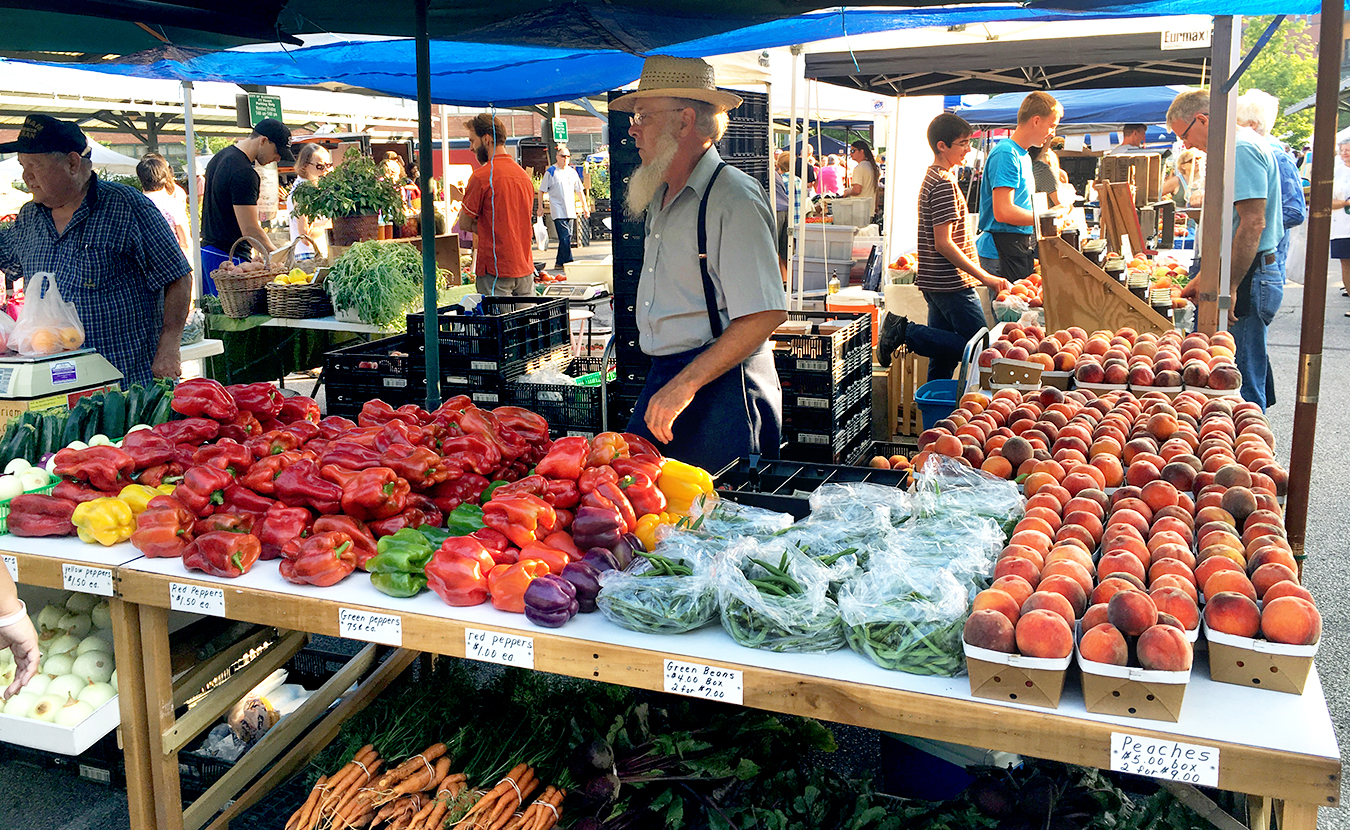 Buying from local farmers is a sure way to avoid foods from who-knows-where and grown with who-knows-what chemicals. And there are a variety of ways to make organic food more affordable, says writer Jared Posey. Be sure to talk to each vendor about their growing methods in order to ensure they are organic. | Limestone Post

The dinner table has never been more confusing. Foods from who-knows-where, loaded with marketing claims that mean who-knows-what, can make finding a healthful, ethical meal a nightmare. To further complicate the issues surrounding access to organic produce, everything has its true cost. We can shift the numbers around price-wise, but that usually means the costs are transferred to our health, environment, or farmers. So it’s not about making organic food cheap, but affordable. The odds are also stacked because crops used for processed foods receive the lion’s share of our federal subsidies, making those items cheaper.

There are decent options for many of us, though, and it’s just down the road. This article explores how to make that holy grail of local, organic food a possibility and a more-affordable reality (so don’t throw me out of the room just yet). 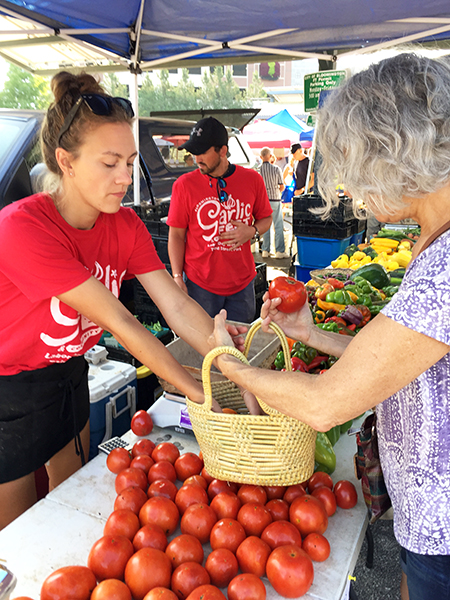 We don’t have the long-term, longitudinal health studies to know much about the impact of pesticides and GMOs on our health or the environment. However, more and more people are applying the cautionary principle and not waiting for the results. It is important to note that 90 percent of Americans aren’t getting enough fruits and vegetables of any kind, according to a 2015 report from the Centers for Disease Control. Inverting that number would probably go a long way in ameliorating our nation’s health challenges.

However, the environmental costs of growing industrial food have never been higher. That’s why many are looking for food without chemicals or having traveled thousands of miles to get to their plates. Luckily, Bloomington has a whole posse of food growers ready to put good food into our kitchens and homes.

I talked to Marcia Veldman, the Bloomington Community Farmers’ Market coordinator, about ways to bring affordability into the organic-food equation. Many people are aware that buying in bulk can mean savings, but what to do with all that quantity? Veldman suggests grabbing the discount and preserving those foods by tossing them in the freezer, or canning or fermenting them. Also, she says that buying produce at the height of its specific season can make it cheaper, because selling in the off-peak seasons means growers have to use greenhouses and bear other overhead costs. Furthermore, sellers run deals when there’s a big supply of a certain food.

Other crops may be up for what Veldman calls “seconds.” These are perhaps uglier or slightly older fruits and vegetables that are still good eating. She says to keep your eyes open for signage, but you’ll mostly need to ask around, especially if you see large quantities of a certain crop.

If you have SNAP benefits, the farmers’ market in Bloomington will double their value, up to $18 (or $36 total value). Area 10 Agency on Aging will also be offering market vouchers to low-income seniors at the Ellettsville farmers’ market.

Outside of farmers’ markets, Bloomingfoods has some of the best diversity in local produce at their two main locations. Their biweekly deals are posted on their website. You can also check out local bakeries, such as Rainbow Bakery, that serve day-old baked goods at a discount. 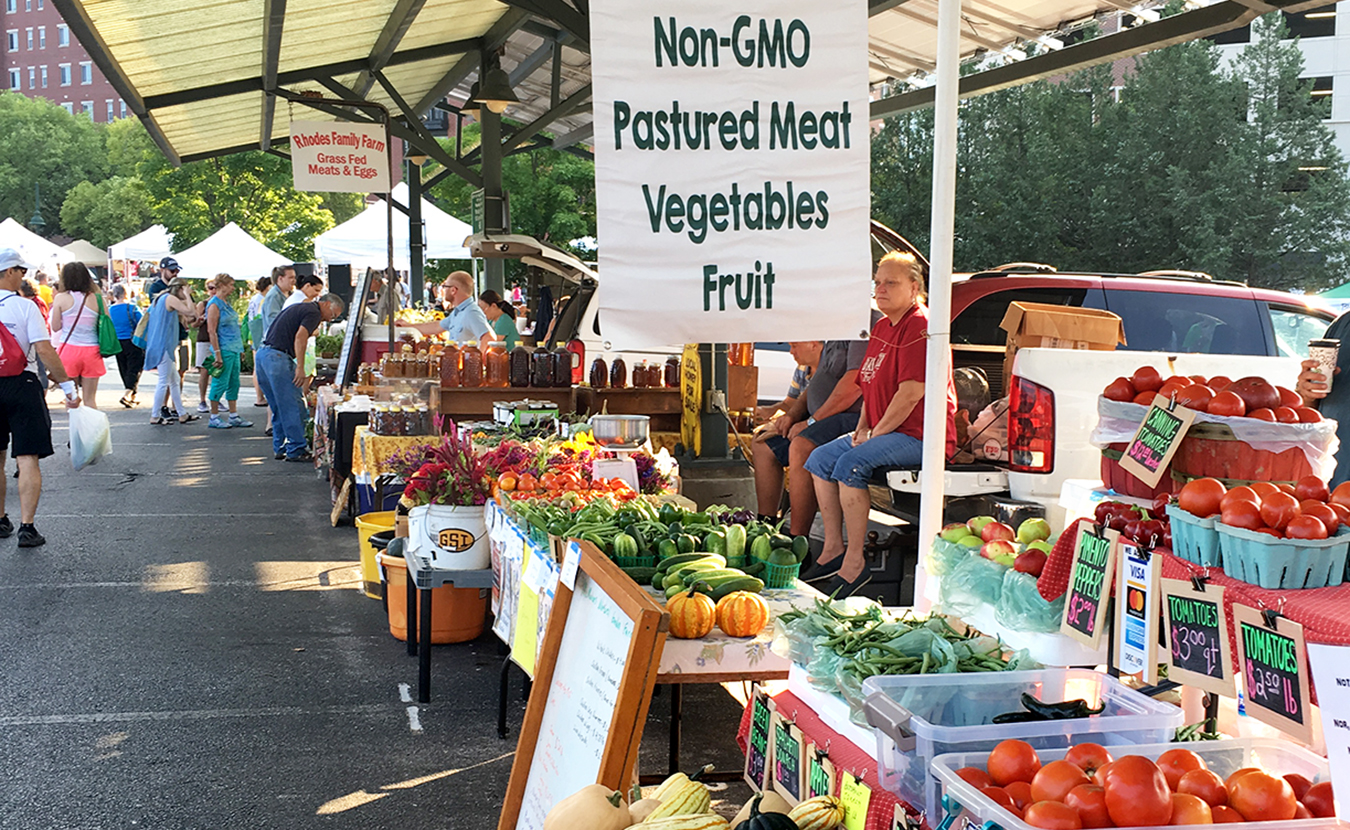 The Bloomington farmers’ market will double the value of SNAP benefits, up to $18 (or $36 total value). | Limestone Post

At the Bloomington farmers’ market, ask around about volunteering for veggies. I talked to quite a few organic farms in the area, and many were open to such work trades. They would, however, like individuals to approach them so they can vet any volunteers and determine needs. Maybe you can offer one day a week out at the farm, or work their booth at the farmers’ market. In exchange, many farms are happy to send you home with your arms full, and they might also be open to you gleaning any sub-par, but still good, produce.

Another idea that can’t be overlooked is growing your own, especially any pricy house staples. My family grows lots of greens, because we add them to everything, and it makes a big difference at $3 a bunch. Once set up with basic gardening supplies, growing food from seeds can be very inexpensive. You can also grow a surplus of a crop and sell the excess to local grocers. Communicate with a store like Bloomingfoods beforehand and try to start a relationship. You may be able to get paid and eat the surplus.

Additionally, for a few bucks in gas, many Bloomington residents head to places like Bray’s You Pick in Owensburg for berry season, where you can pick your own berries at half the cost. Others pick fruit and other harvested items at the Bloomington Community Orchard. While volunteering at BCO isn’t necessary, the produce may taste better when you’ve had a hand in growing it. Another resource, Falling Fruit is a website with an interactive map that catalogues local fruit trees and food sources. This volunteer-run site has an active Bloomington community and can connect you with free foraging possibilities and relationships right here in town. 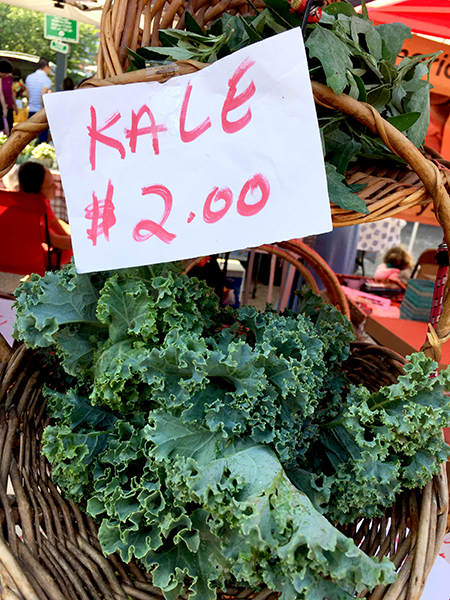 Save money by prioritizing which items you buy organic. | Limestone Post

The last recommendation for working off some of the cost of organic is to make your own value-added products. It can be more expensive to buy prepared goods than the vegetables or bulk items needed to make those goods at home. In our house, we make our own hummus, granola, yogurt, etc. Our emphasis is on it being easy and cost-effective. Cabbage is cheap. Live-culture sauerkraut is not — but it’s easy to make. We also make our own broths from saved vegetable scraps and bones.

Veldman believes in local, organic food and thinks it’s important enough to merit sacrificing some other creature comforts. She also reminded me of something the United States Department of Agriculture confirms: Up to 40 percent of food is wasted in this country. If you pay more for something, you’re less likely to forget it or pitch it. After all, it isn’t cheap to buy a third of your food and throw it away.

We all have to make compromises. The Environmental Working Group has “Dirty Dozen” and “Clean Fifteen” lists to help you prioritize which foods to buy, in regard to pesticides, if you can afford to buy only certain foods organically.

As consumers — for those of us who have the time and means to make some healthful changes — having tunnel vision on the price tag has helped create our current set of health and environmental problems. At some point, we have to reckon with a broader definition of value. Yes, we can only do our best, but with the health of our world and children at stake, any step in the right direction is a bargain.

Jared Posey was born and raised in Elwood, Indiana, and graduated from Purdue University. He’s interested in mindfulness, the food movement, conscious parenting, and connecting kids to nature. Jared created and ran an alumni interview series between Elwood High School and the Elwood Call-Leader. He has written for TAKE ROOT magazine and self-published a book called Will Work for Food: A Book of Inspiration, Poems, and Edible Action.
Tagged
Comments