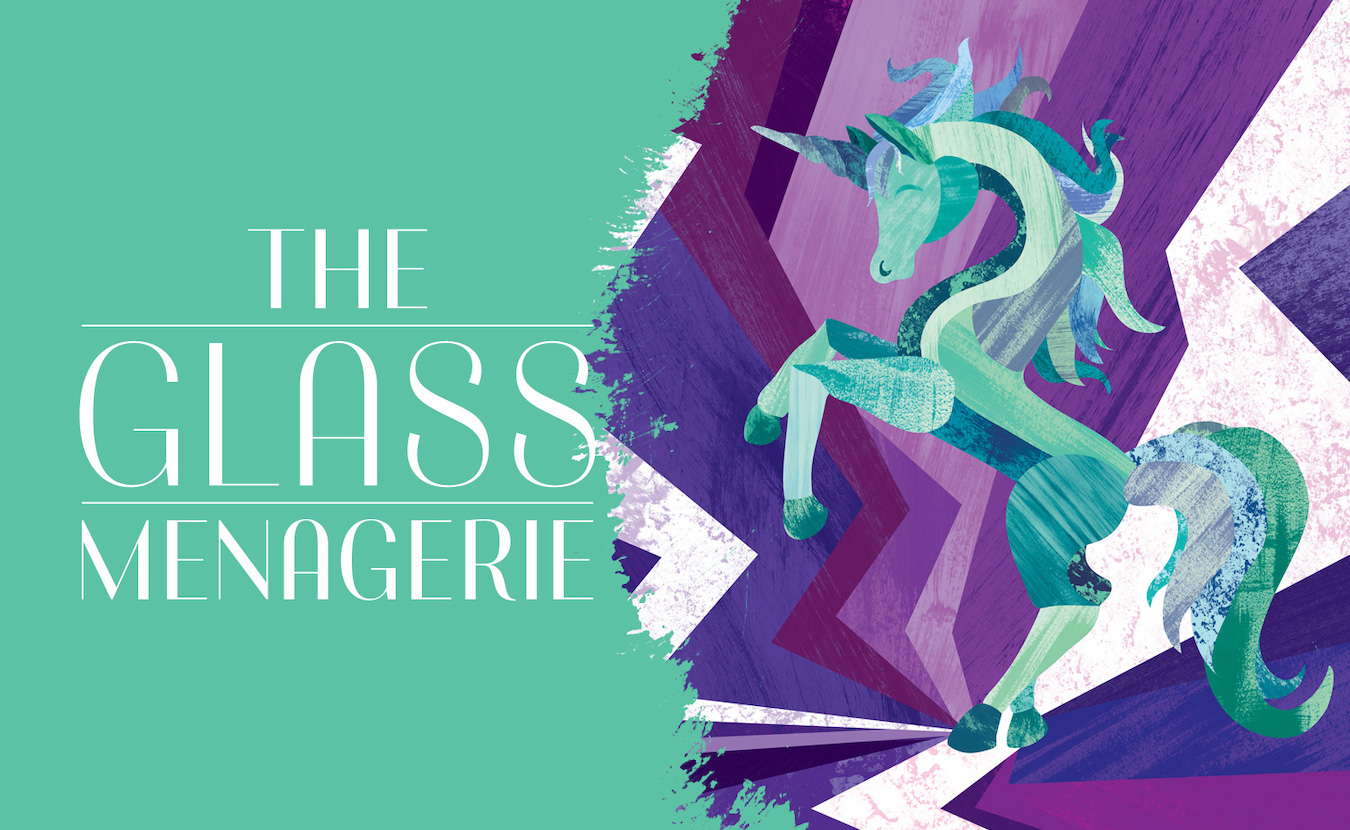 Francesca Sobrer is back in Bloomington, performing in Cardinal Stage’s ‘The Glass Menagerie,’ which runs March 21–April 7. Her life experiences have helped her prepare for the role of the overbearing Amanda Wingfield in a new way.

Since first encountering The Glass Menagerie in high school, Francesca Sobrer has read and re-read it dozens of times. With each reading, and more life experiences, the classic play by Tennessee Williams brought new interpretations. When Cardinal Stage cast Sobrer as Amanda Wingfield in their production (March 21–April 7), she looked at the role in a new way. “Amanda is usually seen as a monster of a mother, but she truly loves her children,” says Sobrer, “and I will defend her because of that.”

As a mom, Sobrer can relate to the character’s motivations, but not her decisions. “As parents, we try to extract the good that we learned from our own parents, and drop the bad,” she explains. “And after all that, we have to let our kids go to live their lives. That’s hard to do, and Amanda can’t seem to let go.” This compassionate perspective comes from a lifetime of theatre and personal experience and allows Sobrer to provide a unique presentation of the character. 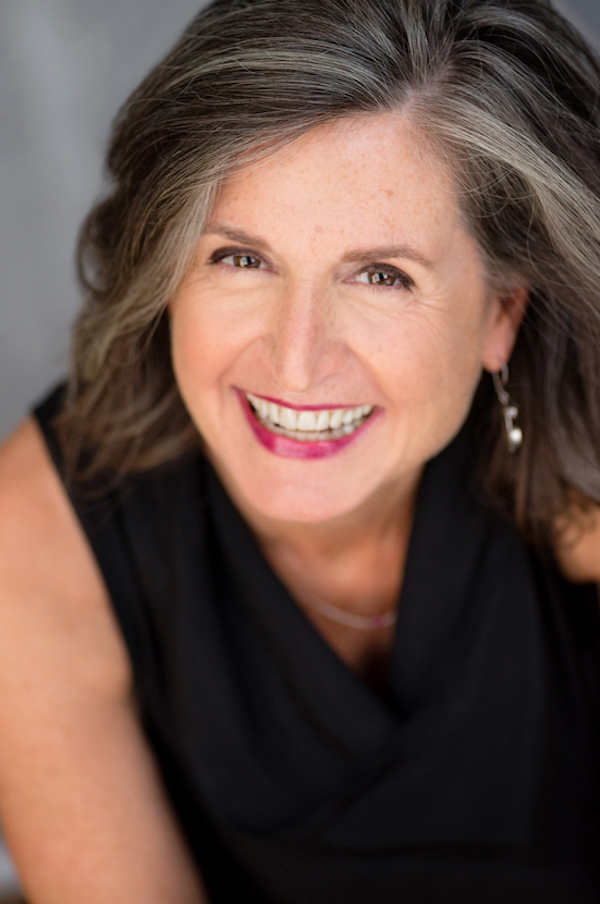 While in high school in Nantucket, there wasn’t much to do that interested Sobrer, so she decided to try theatre. She found a passion that led her to join a local community theatre group, then to college where she studied acting. While in college, she coached theatre and enjoyed this new way to experience the art. “When you’re passionate about something and pass it on, and your student is successful, it’s so gratifying,” says Sobrer.

After college and gaining more acting experience, she moved to Bloomington and made her home here. “I followed my ex-husband here,” she says, “but I decided to stay because it was affordable, then started a family, and needed to find a steady job with regular hours, unlike acting.”

She decided to get a teaching certificate and was hired a couple of years later as theatre teacher at Bloomington High School North. She often used The Glass Menagerie as a teaching tool for her advanced students, because “it’s a wonderful play for studying characterization, subtext, and script analysis,” Sobrer says. As a teacher, it was remarkable to see students have that epiphany moment. Sobrer remembers one student who had plenty of enthusiasm, but not much natural talent. Finally, with the right role in the right play, everything clicked and suddenly the student was acting. “She taught me something: that you really can teach someone to act,” says Sobrer.

With a full-time teaching job and a busy homelife, it was difficult for Sobrer to dedicate as much time to acting as she would have liked. She performed in Cardinal and Bloomington Playwrights Productions, but sometimes found herself stretched thin. “I’d be exhausted after a full day of teaching, then a full evening of rehearsals,” she says. After many years of juggling family and work obligations, she decided it was time to put her acting career first. With her children grown, her job was the only thing keeping her in Bloomington. So, in 2017, she retired from teaching and moved to Chicago to pursue acting full-time.

The move has already provided numerous new experiences. Almost right away, Sobrer was cast as the understudy for Maria Callas in Masterclass, which provided almost a full year of steady work. She auditions regularly, which is a different process than what she was familiar with in Bloomington. “You never know what the next day will bring, but you have to be ready at all times,” Sobrer says. “You might get just 12 hours notice of an audition, so you have to be on-point.”

Opportunities abound in Chicago, “a city that loves theatre,” Sobrer says. She has found that every night of the week there are plays taking place, in venues large and small. “Every show I’ve been to has been full or nearly full. People love going to the theatre here,” she says. Audiences support theatre, but the industry provides support internally as well. Sobrer sees many of the same actors at the auditions she attends and has found support and enthusiasm from potential competition. The sense of community within the theatre industry and audiences was surprisingly similar to Bloomington.

Of course, there is a major difference between the theatre scenes in Chicago and Bloomington, most notably the sheer number of opportunities. But some of the creative ventures that Sobrer has witnessed in the larger city could translate to a smaller town. “I’ve seen plays take place in empty storefronts,” says Sobrer. “These small, low-cost productions allowed for actors, writers, directors, everyone involved, to develop their craft without needing a huge budget.” She would love to see something like this happen in Bloomington. “It would create more opportunities for artists and audiences.” 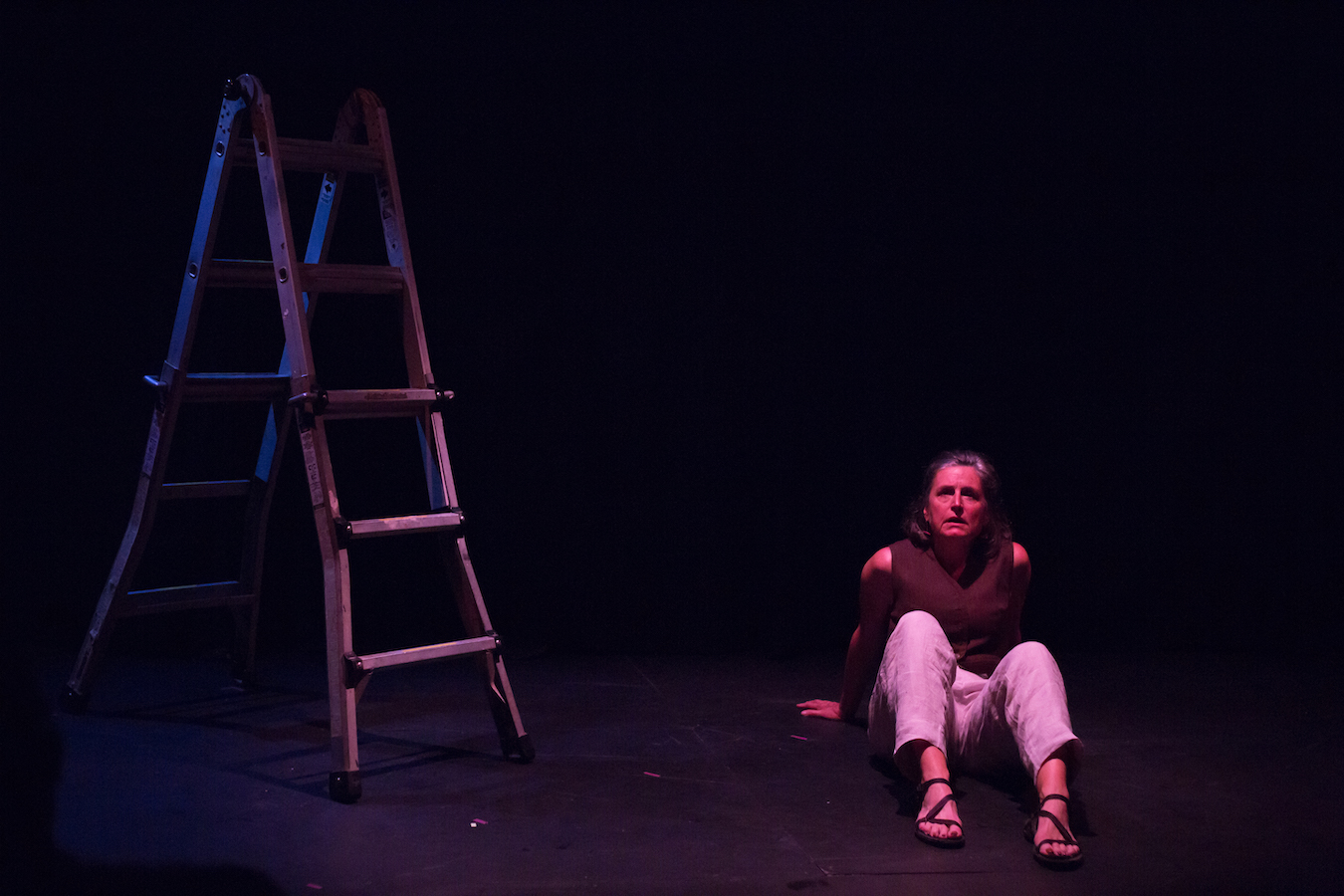 Now living in Chicago, Sobrer auditions regularly, which is a different process than what she was familiar with in Bloomington. “You never know what the next day will bring, but you have to be ready at all times,” she says. “You might get just 12 hours notice of an audition, so you have to be on-point.” Here, Sobrer performs in 2018 in a BrownPaperBox production of ‘Everybody.’ | Photo by Zach Dries

Though she’s enjoying Chicago, Sobrer is excited to be back in Bloomington and working with Cardinal Stage. This is the third Cardinal show she’s been a part of and has been impressed by the professionalism of the company. “We’ve had great communication, and I’m excited about the direction we’re taking with the play,” she says. The play will be expressionist, which Sobrer believes aligns with how Tennessee Williams wanted it to be. “The story is told from Tom’s recollections of events, which is distorted to his perspective, and the play will reflect that,” she explains.

Preparing for this role has been a reflective process for Sobrer. In addition to years of experience in Bloomington and new experiences in Chicago, she has real-life knowledge to draw from, including that of a mother of grown children. “I now look at the play from Amanda’s point of view, not just as it’s written from Tom’s memories of what happened,” says Sobrer. “I have a new appreciation of the poetry and lyrical quality of writing when reading just her lines.” She is precisely the right actor for this role because of her unique perspective, and she’s grateful for the opportunity. “When I get to perform, it’s like a little piece of me goes out into the universe,” she says.

The Glass Menagerie will be presented March 21–April 7 at the Ivy Tech John Waldron Arts Center. Find more information about this show and other Cardinal Stage shows and programs at CardinalStage.org.