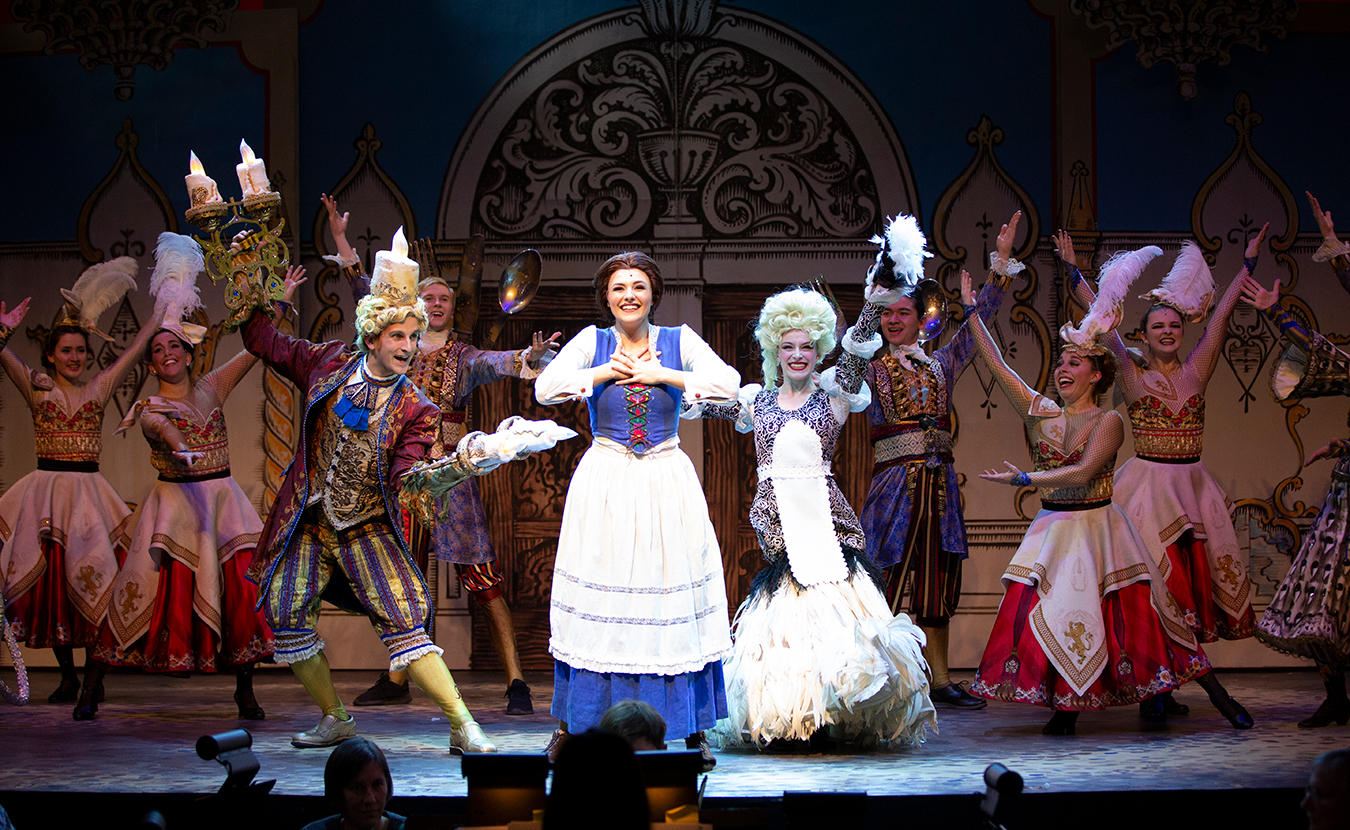 Cardinal Stage’s recent production of ‘Disney’s Beauty and the Beast.’ Musicals “can cost anywhere between 50 to 200 percent more to produce on average than a straight play with a similar cast size,” says Gabe Gloden, Managing Director at Cardinal. Cardinal is committed to bringing quality professional theatre to the region and finding the funding to make that happen while keeping ticket prices affordable. | Photo by Blueline

The value of art is subjective, yet a general idea of monetary worth can be established using the same formula every product or service uses: what are the costs involved and how much are people willing to pay. Unlike most products, art can provide an incalculable benefit to those who experience it and, in many cases, costs much more to create than will ever be recouped through sales.

This is certainly true with theatre productions, particularly local and regional theatre. In a recent survey, Cardinal Stage asked attendees what they thought the average Mainstage show costs to produce and a reasonable cost for a ticket. The results of the survey showed that theatre-goers valued the shows Cardinal produces but lacked knowledge of the true cost of those productions. 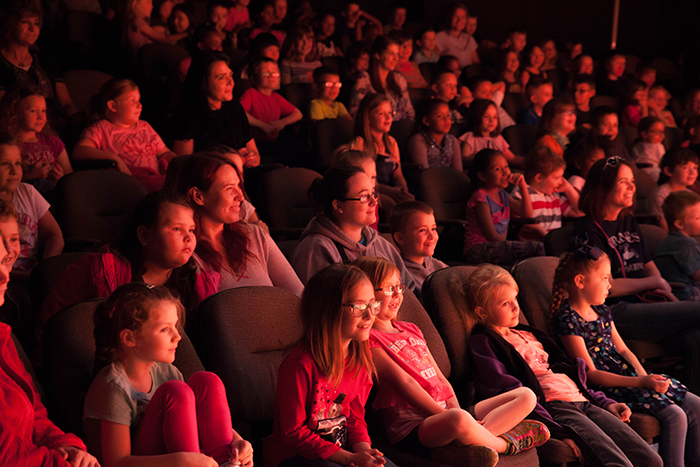 Cardinal provides free and discounted tickets, such as with their Cardinal for Schools program. Here, an audience enjoys the show ‘Elephant and Piggie.’ | Photo by Blueline

Nearly 52% of respondents thought the average cost to produce a Mainstage show was either $10,000 or $20,000. Considering just the first two shows of the current season, The Christians and Beauty and the Beast, the average cost of production was over $109,000. Large-scale musicals are more expensive, in this case three times as expensive, but even small productions, like the two-man comedy Rounding Third, cost over $35,000.

These costs include venue rental, costuming, set construction, and paying the many actors and support staff involved in the production. It does not include the salaries of the year-round staff at Cardinal, all of whom work on every show, so the actual cost is even more. This is a huge discrepancy between actual production cost and what theatre-goers believe it costs, particularly with musicals.

“Bloomington audiences love big-cast musicals, and we do too,” says Gabe Gloden, Managing Director at Cardinal. “The economic downside is that they can cost a theatre anywhere between 50 to 200 percent more to produce on average than a straight play with a similar cast size. Since audiences are simply unable to pay 200 percent more for a ticket to see these shows, the reality is stark and sobering.”

Musicals cost more to produce because they typically have larger casts, music directors, and musicians. However, they do sell well, usually bringing in more money. Beauty and the Beast was the best-selling show in Cardinal history, generating high ticket sales. Like many of the holiday shows, the revenue from this show outpaced costs, but the overage was used to cover other company costs, including other shows. The cost to produce The Christians was more than $13,000 more than ticket revenue. This means that not even the best-selling shows make a profit for the company.

Business sense would dictate increasing ticket prices to cover costs. However, the survey results showed that 39% of respondents thought a reasonable ticket price would be between $15 and $24. Another 31% would pay up to $29, but history has shown that tickets at this price point do not sell well. In fact, nearly 38% of respondents who had never purchased a season subscription said the factor that would most motivate them to subscribe was a larger discount on tickets. People don’t want to pay high ticket prices but enjoy the high quality they are used to seeing from Cardinal.

These two programs, and the rest of the budget shortfalls, are funded through other methods. Gloden explains: “Theatre companies have to hustle harder to raise additional funds through sponsorships, grants, and other contributions.” Researching and applying for grants, finding and wooing sponsors, and hosting special fundraising events takes a great deal of time and energy. None of it is guaranteed, so theatre companies like Cardinal work year-round to secure funding sources.

The average cost of production of ‘The Christians’ (left) and ‘Disney’s Beauty and the Beast’ was over $109,000, while nearly 52% of respondents in a recent Cardinal survey thought the average cost to produce a Mainstage show was as either $10,000 or $20,000. Cardinal is committed to making their shows affordable through a variety of programs. Community Access Tickets (CATs), for example, provides free tickets to families who wouldn’t otherwise be able to attend. | Photo by Blueline

Thankfully, Bloomington is a community that appreciates and supports the arts. “We’re grateful to operate in a community where our private sector leaders and donors understand the educational, economic, and place-making value of the performing arts,” says Gloden. That makes fundraising in Bloomington a little easier, but it is still a tremendous amount of work, especially when competing with other local arts groups or for regional and national dollars.

It is worth the effort when audiences experience the joy and sorrow of theatre together, connecting with their neighbors or seeing things from a new perspective. It is worth it when kids see their first live production, their faces lighting up from the magic created by elaborate sets and fabulous costumes. It is worth it for actors and craftspeople honing their skills and earning a fair wage. This is what theatre offers, and it’s well worth the costs.

Cardinal is committed to bringing quality professional theatre to the region and finding the funding to make that happen and keep tickets affordable. “The goal in the next 10 years is to work with philanthropic organizations, businesses, and government towards a model where our arts organizations can not only keep admissions affordable for the general public but can also provide a livelihood for professional artists and arts administrators,” says Gloden.