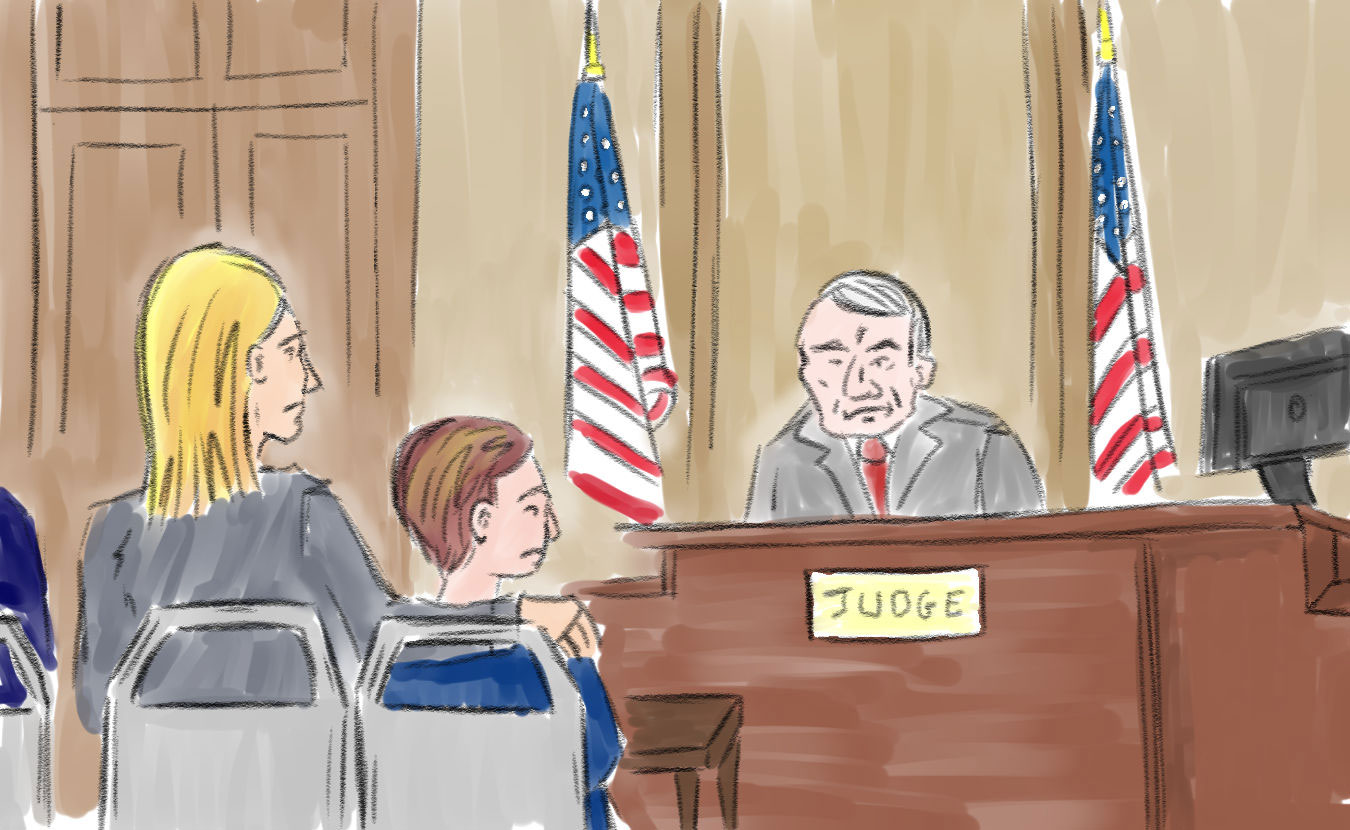 Four years ago, Kim Bomgardner says she and her ex-fiancé split up due to his developing a drinking problem. After she was told he had been sober for a while, they agreed on joint custody of their 7-year-old son, Bryce, in December 2015.

A few months later, Bomgardner drove to her ex-fiancé’s house to drop off snacks for her son. When she arrived, she says, it was obvious the father had been drinking. Things got out of hand, and eventually the police were called.

“I don’t know how many times he had him and was drinking — and doing God-only-knows what with him,” she says.

Following that night, her next step was to file for full custody of Bryce. She tried to file for an emergency hearing by herself, but the court refused her request because she was technically in contempt by keeping Bryce from his father, she says, breaking the joint-custody agreement. At that point, Bomgardner knew she needed a lawyer.

Even with her full-time job and the additional income from her current fiancé’s job, she says there was no way she could afford a lawyer. But at the same time, they were making too much money to qualify for the free public-defender projects in town, including District 10 Pro Bono Project and Indiana Legal Services, Inc.

“I was stuck in this limbo of either not having a lawyer because I make too much money or go pay an outrageous amount for a lawyer I can’t afford,” Bomgardner says. At the courthouse, Bomgardner was referred to Justice Unlocked, a local nonprofit attorney service that bases what their clients pay on a sliding scale, depending on the client’s income.

Founded in December 2015 by Jamie Sutton, who is now its executive director, Justice Unlocked has worked with nearly 100 clients in its opening year. Sutton says their small group is one of a handful of sliding-scale firms focusing on civil cases in the country.

“For me, it’s important work,” he says. “These are child-custody cases. These are divorces. These are Department of Child Services cases where there’s been abuse. These are cases that are life altering for the people involved in them, and many of them don’t even understand what’s going on because they have no legal education, no legal training, and they’re by themselves.”

Michael LoPrete, Justice Unlocked’s only staff attorney, heard about the project in mid-2015 when he came across Sutton on Twitter. Although Justice Unlocked hadn’t opened its doors yet, he says he was interested in the model, which aims to bridge the financial gap in the current justice system.

“Lots of people can identify the need, but it’s rare that a plan is articulated in order to overcome that need,” he says. “Talking to Jamie, he sounded like he really had his head on straight. He really had thought and planned this out. It wasn’t an off-the-cuff idea.”

In late April, Bomgardner met with Sutton and LoPrete. After looking at her income, they agreed on a rate of $50 an hour, compared to the state average of $233 an hour for an attorney. While the number of hours attorneys work on cases like these vary greatly, Sutton says Justice Unlocked generally works 8 to 15 hours on a case.

“The American legal system has problems, and I think everybody knows that, if they’re paying any attention at all,” Sutton says. “The majority of people are living paycheck to paycheck, so asking them to pay $233 an hour for an attorney is ridiculous.”

With that rate, Bomgardner was happy she was able to afford an attorney while not sacrificing quality.

Public defenders have developed a stigma for not being up to par with private attorneys in both quality and sincerity. However, LoPrete says this often isn’t true and that the issue lies in how overloaded with cases public defenders usually are, which is another reason Justice Unlocked began.

“Their hands are often tied in how much time they can give to their clients,” he says. “I don’t doubt that they would love to be able to spend more time and sit down with each of their clients more. But as a practical matter, is that doable? No, probably not at all.”

Bomgardner says they began working on her case immediately following their first meeting. Taking paralegal courses herself at Ivy Tech, she had already done much of the footwork and compiled plenty of evidence. Despite this work, she says she wasn’t confident in handling the case alone. Although she was stressed and worried about her son’s wellbeing, Bomgardner was relieved by Sutton’s and LoPrete’s confidence and dedication to her case.

“I must’ve had five million questions for them about some of the most ridiculous things,” she says. “Any time I emailed them, they emailed me back right away. If I called, they’d return my calls, and we would have phone meetings.”

“For attorneys, a paternity hearing on Wednesday in court is just another Wednesday, and it may be one of seven cases we’re doing that week,” Sutton says. “But for the mother about to lose custody of her child, or the father about to go to jail on a drug charge, it could be, potentially, the most important day of their lives. And we don’t want them to face it alone.”

Justice Unlocked filed for another emergency hearing in early May, which was approved and held 11 days later. During their main hearing this July, Bomgardner says Bryce’s father signed the agreement in the courtroom, granting her full custody minus unsupervised visits every other weekend.

Although Bomgardner might have been able to win without the help of Sutton and LoPrete, she says wouldn’t have gotten the desired outcome without them.

“If we hadn’t won, the parenting time would’ve stuck as is, and my son could potentially not be here right now,” she says. “His dad could’ve driven off with him drunk in the car and killed him — and even the judge said that.”

With a bare-bones staff of Sutton, LoPrete, and a handful of interns and volunteers, Sutton says Justice Unlocked is still in its early stages of development.

LoPrete says he wouldn’t be surprised if they brought on a second staff attorney soon due to the caseload.

Because Justice Unlocked is a nonprofit, the rates the attorneys give their clients are just enough to keep them in business and pay their salaries. However, they also use online donations and local fundraisers to help the organization grow and continue to help those in the financial gap get the legal help they need.

“Ultimately, you don’t join an organization like this if you want to get rich,” Sutton says. “For most of us, we’re here because we like to help people, because we see the need in our community and have difficulty saying no to people who need help.”

TJ Jaeger is a reporter, writer, filmmaker, and musician in Bloomington. He worked as a writer for the Indiana Daily Student and WIUX while studying in the Indiana University School of Journalism and currently writes for NUVO. TJ has also worked on movie sets for The Good Catholic and Stardust and Moonbeams.

Penina Gal is an illustrator, cartoonist, painter, and a graduate of The Center for Cartoon Studies (yes, it's real). Penina currently lives in Providence, Rhode Island, after a delightful stint in Bloomington, and has had comics and illustrations published in Cicada Magazine, Narratively, and Seven Days, among others, and a prize-winning comic published by Paper Rocket Minicomics. More art, comics, and things can be found at penina.net and housebat.studio.
Tagged
Comments