Behind the Curtain: The Joy of Summer Theater 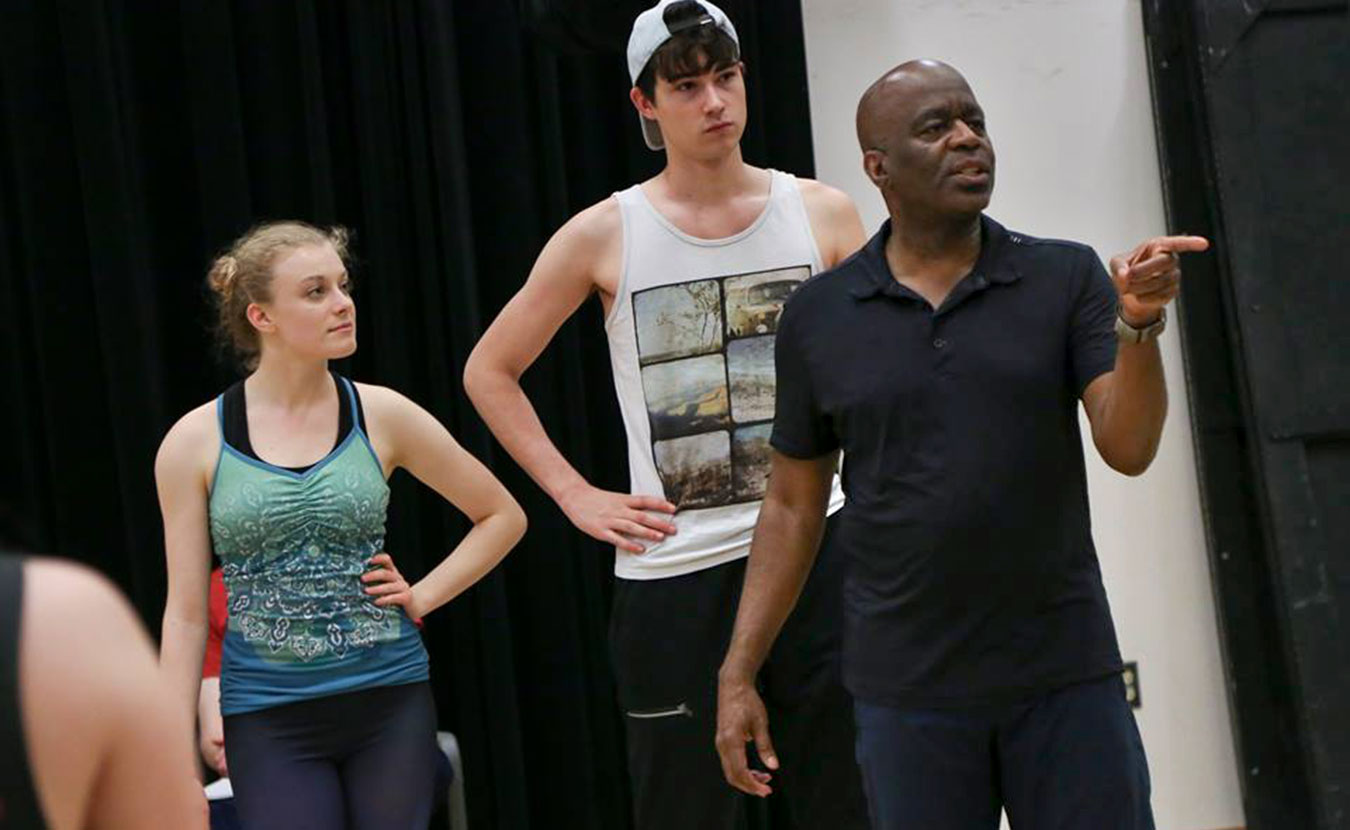 I love summer, and not just because my Texas roots make me crave the heat. Oh no. I love summer because summer theater productions have something uniquely joyful, festive, and refreshing about them. Summer allows us to slow down and truly enjoy the moment. We are allowed to fully immerse ourselves in the play.

Many of my fondest Bloomington summer memories include seeing a play followed by ice cream in the park. While there are plenty of theater companies in Bloomington and the surrounding area, Indiana University Summer Theatre has been instrumental in creating these memories. This summer, the IU Department of Theatre, Drama, and Contemporary Dance brings four productions to the Wells-Metz Theatre: Dames at Sea, Love’s Labour’s Lost, Persuasion, and Joe Schmoe Saves the World.

The season opens with Dames at Sea (June 2-18), a bright and lively musical originally performed in 1966 but based on the lighthearted movie musicals of the 1930s. Modeled after Gold Diggers and 42nd Street, Dames at Sea tells the story of Ruby, an innocent girl from the Midwest who shows up in New York with “nothing but tap shoes in her suitcase and a prayer in her heart.” There she meets Mona Kent, a Broadway diva, Joan, the wise-cracking chorus girl, and Dick, a sailor and aspiring songwriter. Through hard work, determination, and some fantastic tap choreography, Ruby gets her chance to fall in love and be a Broadway star.

According to Director and Choreographer Kenneth L. Roberson, Dames at Sea celebrates the movie musical of the 1930s. Musicals created during the Great Depression offered “an escape, a respite from everyday life” and continue to be the perfect escape from the troubles of the world. These musicals, he says, are constructed for “that type of wink, that type of hope.” Brett Ryback, who will be workshopping his musical “Joe Schmoe Saves the World” at IU. | Courtesy photo

For July, IU will stage a repertory-style William Shakespeare’s Love’s Labour’s Lost and a play adaptation of Jane Austen’s Persuasion. According to Director Jonathan Michaelsen, Love’s Labour’s Lost “pokes great fun” at the illusion that the natural desires of the body can be denied in order for the individual to be governed by his mind. In the play, Ferdinand, King of Navarre, and his two friends vow to abstain from the company of women in order to devote themselves to scholarly studies. However, their plans are thwarted when the Princess of France visits Navarre with two of her ladies.

Love’s Labour’s Lost has some unique differences to Shakespeare’s more well-known comedies. The greatest divergence is that Love’s Labour’s Lost does not end with the expected marriage scene. Though completely infatuated with each other, the lovers must part at the end of the play and delay their wedding celebration. “It’s a lovely, challenging script to work on” because it is rather bittersweet, Michaelsen says. “The sense of loss at the end of such a silly play” makes the love affair more “moving and touching.”

While Love’s Labour’s Lost ends with lovers separating, Persuasion tells the story of two lovers reuniting after many years apart. There is “a reliable theatrical appeal of Jane Austen,” says Production Director Dale McFadden. Her works are full of “eccentric and forceful characters and an appealing, humorous love story.”

Persuasion boasts the most mature heroine in Austen’s works. At 27, Ann is unmarried and trying to help her family through financial hardships. She reunites with Wentworth, her former fiancé. According to McFadden, “Persuasion in this story is not a positive force. It is the social force, the coercion, and the strong pressures put on young women and men regarding class, money, and marriage.”

The season finishes in August with the Premiere Musical Workshop. Each summer, IU provides musical writers the opportunity to workshop their newest creations with the help of IU faculty, staff, and resources. This year, IU welcomes Brett Ryback and his work Joe Schmoe Saves the World. Ryback’s musical is set during the 2011 Arab Spring, an era of revolution that began in Tunisia and spread to five other countries in the Middle East and North Africa. Ryback says these events inspired him to create a work that explores the question, “What is the responsibility of young people creating art in a political world?”

To answer that question, Joe Schmoe Saves the World tells “two parallel stories of an indie rock duo in the US and two students in Tehran on the eve of revolution,” Ryback says. “In both situations, the two women are struggling against institutions where their voices are not being heard.” The characters share their struggles and collaborate mainly through social media during the course of the musical. Ryback says one of the great advantages of this workshop is the ability to work with professionals at IU, figuring out how to stage a musical in which social media plays such an important role that it essentially becomes a fifth character.

This year’s IU Summer Theatre season is packed with productions. If you’re interested in checking out their shows, or exploring more summer theater opportunities in the area, check out the links below. You might just make some lasting summer memories of your own.

No Replies to "Behind the Curtain: The Joy of Summer Theater"