Dismayed by the conspicuous absence of nurse-midwives in local hospitals, the newly formed Bloomington Consumers for Birth Choices (BCBC) recently petitioned IU Health Bloomington Hospital to provide local families with “a network of fully supported certified nurse-midwives.” The hospital has been “actively addressing this need,” but first, it must recruit enough obstetricians to support a midwifery program. | Photo courtesy of bies, Creative Commons

Whenever I find myself trying to explain Bloomington — usually to inquisitive strangers seated next to me on a plane, a bus, or at conferences — I usually describe it as a tiny blue oasis in what is otherwise a very red state. Folks in surrounding towns don’t call it the “People’s Republic of Bloomington” for nothing. With its early adopted smoking ban, miles of bike paths and designated lanes, devotion to slow and organic food, sensitivity to the local LGBTQ and gender-queer populations, and a blue million yoga studios, Bloomington is fairly crunchy-granola.

But say you want a certified nurse-midwife (CNM) to deliver your baby in a hospital setting? You’ll have to venture far from town to access these highly skilled, natural-delivery experts. And that’s just what some Bloomington-based parents-to-be are now doing. Ash Vega and her growing family drove about 45 minutes each way to the Southwest Health Clinic in Indianapolis for such care. “The nurse-midwives are doing all they can to help you have the natural birth you want to have,” Vega explains. “They will strip your mucous membrane [as a way to encourage labor to begin] when a doctor wouldn’t even offer to a lot of times. They will suggest things like that. The most you get from a doctor is, ‘You’re not dilated [enough] yet.’” 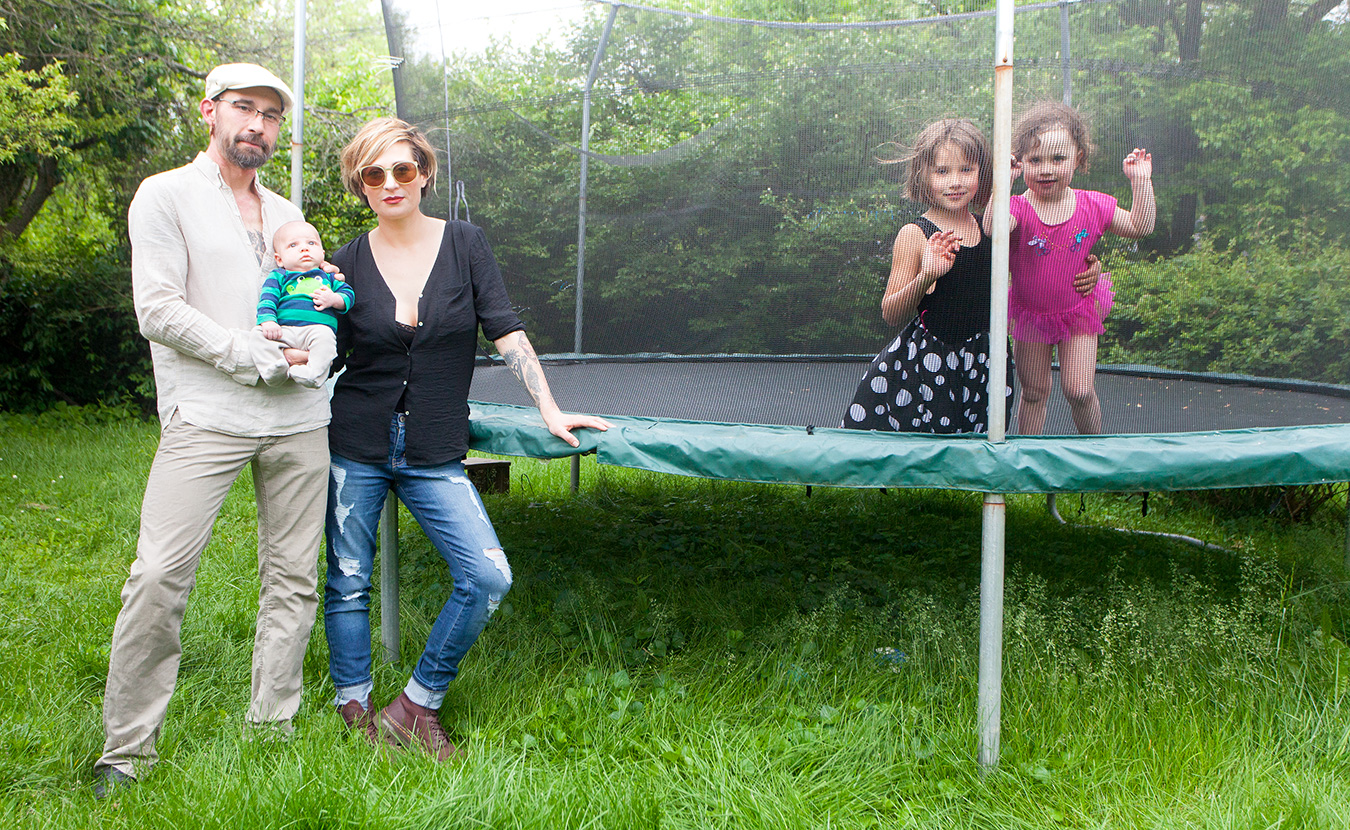 Nurse-midwives also assist with pre- and postnatal care, advising on hormonal balance, emotional health, milk production, and much more. Just as important to Vega? Feeling heard: “What I’ve run into with doctors is ‘Yeah, yeah, yeah. Okay.’ There wasn’t any actual discussion. … I felt more like a cash cow than a patient. And, with a nurse-midwife, you’re going to get a whole lot more of that holistic wellness with Western medicine combined. You’re going to get medical information along with ‘Yeah, go ahead and start using evening primrose oil’ or ‘Yes, it’s great that you’re drinking raspberry tea.’

“You would think Bloomington is way more into homeopathic-based medicine,” she continues. “We only have midwives who work in your home or we have doctors. We don’t have any in-between with nurse-midwives [in the hospital]. That’s incredibly surprising.”

At one time, it was possible to access at least one nurse-midwife within the confines of Bloomington Hospital; however, she was not a hospital employee. According to Teri deMatas, vice president of marketing and community relations for IU Health South Central Region: “The most recent midwife in the community worked for Dr. [John] Labban. Only patients in his practice had access to her services. In fall of 2014, she decided to move to a practice at IU Health Methodist Hospital so she could have a greater volume of cases and become a part of a larger midwifery group.” 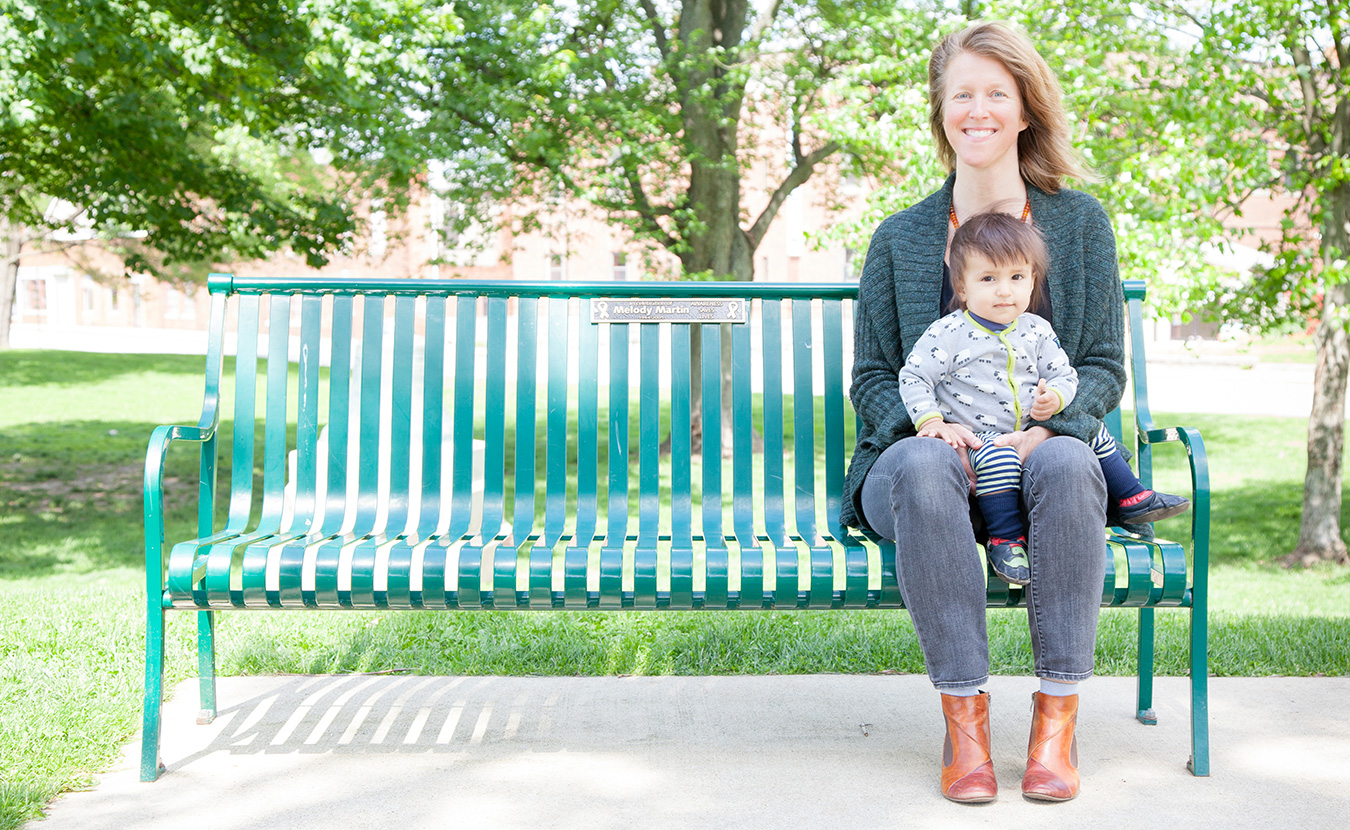 Julia Valliant, pictured here with her son Xavier Valliant, is a co-leader of the newly formed Bloomington Consumers for Birth Choices. | Courtesy photo

Co-leader of BCBC, mother, and public health researcher Julia Valliant says, “It’s perplexing, because there’s demand for [nurse-midwife] care and outcomes from their care are excellent, in terms of the mother’s health, the baby’s health … and it being the standard of care in other places.”

It’s true that midwives often handle low-risk pregnancies, passing higher-risk cases on to obstetricians as needed. Interestingly, though, a systematic review of research conducted between 1990 and 2008 analyzed outcomes for both CNMs and physicians attending to pregnancies with equivalent risk levels and found CNM patients were less likely to have induced or augmented labor. CNM patients also had lower C-section rates and were much less likely to suffer third- and fourth-degree perineal tears. They had higher breastfeeding rates, too.

But fewer interventions for mom and baby may mean less revenue for healthcare systems from insurance companies. (C-sections, in particular, typically bring in higher reimbursement rates than vaginal deliveries.) Stephanie M. VanderHorst, president of the Indiana chapter of the American College of Nurse-Midwives, says that part of the problem is that there are many different classifications in midwifery and not all paths to certification are the same. | Courtesy photo

“There are a lot of financial incentives to do an intervention,” says Stephanie M. VanderHorst, a registered nurse (RN) and CNM. “Each individual physician, I think, in general, truly believes that they are doing the safest, best thing for their individual client, but we can put hospitals head-to-head and [see] a huge difference in outcomes.”

Just as hospital systems differ, so do midwives. VanderHorst also serves as president of the Indiana chapter of the American College of Nurse-Midwives (ACNM) and acknowledges the paths to midwifery are by no means equal: “It is incredibly confusing, not only for physicians but also for hospital administrations and consumers, because there are so many [acronyms] that midwives use.”

The ACNM represents professional CNMs and certified midwives (CMs) throughout the U.S. Both of these designations require an advanced degree, rigorous medical training, continuing education, and recertification every five years.

Indiana legislators also recently created a less-demanding midwifery certification route — and yet another acronym. Certified professional midwives (CPMs) do not have to be registered nurses in order to practice midwifery. The law requires CPMs to “possess at least: (A) an associate degree in nursing, associate degree in midwifery accredited by the Midwifery Education Accreditation Council (MEAC), or other similar science related associate degree; or (B) a bachelor’s degree; from a postsecondary educational institution.” “So now we have this category of CPMs, but the hospitals are saying, ‘Wait a minute, their education and training have not met the minimum standards that we require to be on our medical staff, to be a provider at our hospital,’ because they all have their own standards. So, it’s kind of a clash [between] the two sides,” VanderHorst says.

Adding to the confusion, these and still other midwife designations have different meanings in different states.

Back by popular demand?

Finding the right combination of physicians and midwives for a Bloomington network may take time, but it sounds as if IU Health Bloomington is open to the idea. Outgoing CEO Dan Evans responded to BCBC’s original letter and petition. The missive, IU Health’s deMatas notes, “demonstrated his support for the practice of midwifery and explained that due to retirements there is a shortage of obstetricians.”

IU Health is “actively addressing this need through recruitment,” deMatas continues. “[Evans] explained that it is our future direction to create a midwifery option in Bloomington and [we] are first working to re-establish the overall complement of supporting physicians needed for coverage. He also encouraged the group to work with our local leaders directly.”

Hospital officials cite two logistical issues: “Attracting and retaining midwives who want to practice in Bloomington” and “Having a full obstetrician complement to support midwifery. … Midwives are not trained to perform surgery, so should an emergency C-section or other surgery be needed, an obstetrician must be available to perform this procedure.”

Aside from bringing more than one midwife into a Bloomington-based network — such that the burden of patient calls can be shared — the obstetricians hired will need to be CNM-friendly. “Some medical schools and residency programs actually have midwives that help co-teach some of the obstetrical component,” VanderHorst says. “Others truly do see [midwives] as direct competition.”

But should the right pieces fall into place for a local, in-hospital midwifery network? Vega doesn’t hesitate: “If we had the same kind of care here, I would stay in Bloomington.”