In 2020, according to the Centers for Disease Control and Prevention, Indiana reported 2,268 drug overdose deaths, a 33 percent increase over 2019. These are the folks that didn’t have naloxone available to them in time. 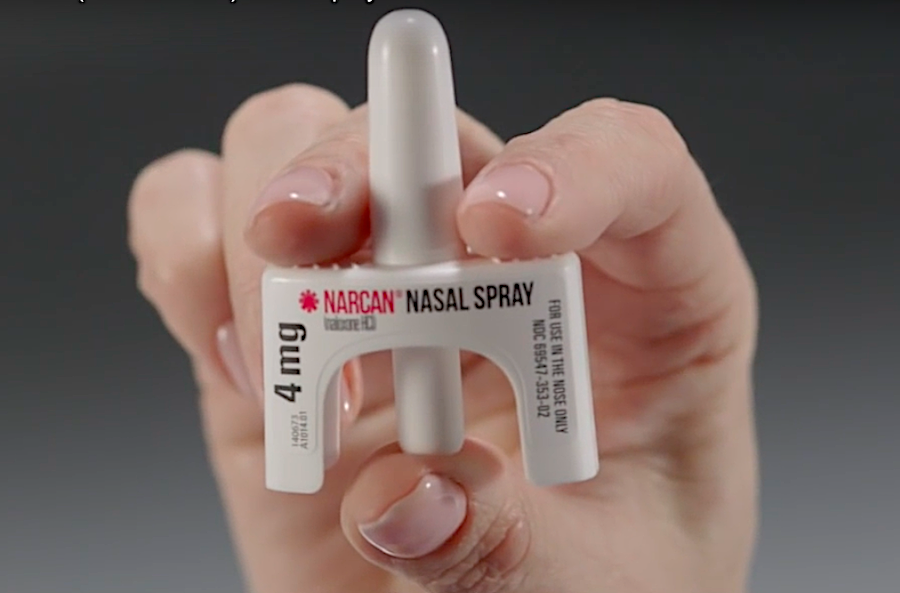 Narcan, the brand name for the drug naloxone, can reverse the effects from an overdose of opioids and prevent a person from dying. | Courtesy photo

When a person begins to overdose from too much opioid or too many opioids in their system, their breathing slows, sometimes to less than ten breaths per minute. They may not realize that their breathing has slowed. Anyone who witnesses an overdose may notice that the person’s hands are cold or that they have vomited or experienced nausea. With slowed breathing, a person’s heart rate slows, suppressing neurological signals. Their oxygen levels may drop dramatically, and their heart may begin to beat erratically, sometimes resulting in cardiac arrest. Their brain becomes starved for oxygen. Getting help for that person in that timeframe is critical.

Because naloxone is not a controlled substance, it is widely available. It can be administered via injection or through the nasal passages. Typically, pharmacists, physicians, first responders (such as EMTs), a NaloxBox, or addiction services have supplies of naloxone.

Naloxone’s effect is almost immediate. The person suffering from opioid use disorder can then go into complete withdrawal, so it is essential for a person who discovers someone who has overdosed to immediately call 911 for emergency services.

But getting first responders might be harder than you think. Some rural EMTs that partner with another county may not be able to get to the overdose victim in time because they may be attending other victims who are miles from where the victim is overdosing. In densely populated urban areas where emergency medical services are in constant demand, obtaining quick service may also be challenging. These are all issues that the Indiana University School of Public Health’s Opioid Rapid Response System, or ORRS, is considering.

ORRS is a collaboration between the school’s Prevention Insights and Real Prevention, LLC. As with cardiac events, citizen responders are a critical piece for fighting overdose deaths. Using advanced technology and a public health focus, the program recruits, trains, and links citizen responders to first responders when EMS cannot respond quickly enough. These citizen responders use PulsePoint, an app initially developed for attending cardiac events that needed a defibrillator. Currently, more than 4,000 communities throughout the U.S. use PulsePoint. Cris Henderson leads the study as principal investigator for IU.

Clark County has long struggled with the opioid epidemic and had the third-highest number of HIV cases attributed to injection drug-use in Indiana in 2015. From 2014 to 2016, Clark County saw its number of drug overdose deaths continue to climb. According to Overdose Prevention Strategies, Clark County recorded 356 overdoses in 2020, an increase of 53 percent from 233 overdoses in 2019.

Clark County Health Officer Dr. Eric Yazel was testing this concept in Clark County when he and Henderson became acquainted. Henderson was working for the Indiana State Department of Health when she first met Yazel. He started working with the PulsePoint app in December 2018, and it has been a success since. As of June 2021, he says, “we have 1,122 active CPR responders and a total of 7,084 active users, those who have accessed the PulsePoint app at least once during the reported month.” While those trained to provide CPR may also be trained to provide naloxone, not everyone is trained for both. “Our goals and many of our community engagement events are for this purpose,” Yazel says, “to attract new users and cross train current ones for both.” 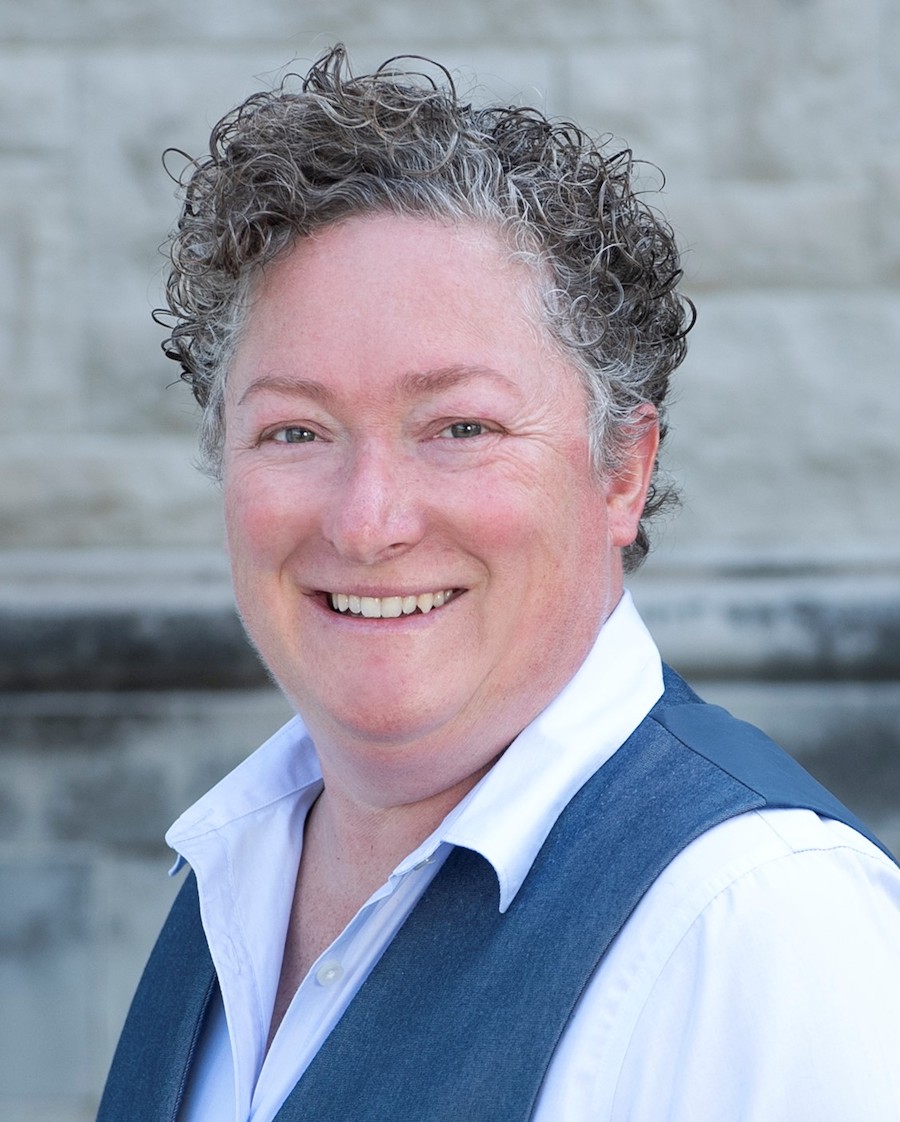 Cris Henderson, an evaluation specialist and research associate at IU’s Prevention Insights, has created a standardized training program for citizen responders and is working to expand the PulsePoint program statewide. | Courtesy photo

These citizen responders then administer naloxone while waiting for EMS to arrive at the scene. With the involvement of local citizens, this treatment method also helps minimize the stigma surrounding the opioid user and epidemic, Yazel says: “Engaging citizens to deliver lifesaving care, and be a part of the solution for our community, has helped immensely with community perception.”

Since Clark County started the program, Yazel estimates that they have saved between 25 and 50 lives. “The program has been huge in fighting the opioid epidemic,” says Yazel. “Previously, when we trained hundreds of people in naloxone administration, it still depended on someone who was with the patient to provide a dose of naloxone or hope that someone naloxone-trained just happened to come across the overdose.”

When Henderson met Yazel, she asked him to take her along with him through Clark County. “The program in Clark County was inspiring,” says Henderson. “They had a 300-square-mile graphic footprint, and they were trying to reduce the time it takes to get on the scene with an overdose, but they couldn’t increase the number of first responders.” Instead, Henderson says, Clark County folks decided to increase the number of people trained in CPR and naloxone administration countywide.

For Henderson, the question became whether the PulsePoint program could be expanded statewide. Henderson teamed up with Dr. Michael Hecht, CEO of Real Prevention, through IU’s Prevention Insights, then applied for and received a $213,000 grant from the National Institutes of Health to study, improve, and expand it in Boone, Hancock, Monroe, Dearborn, and Madison counties. They began recruiting for the clinical trial study in February 2021, starting with Boone and Hancock counties.

Since then, Henderson has created a standardized training program for citizen responders as part of the study. The training is online with eight modules that, on average, take 20 to 30 minutes to complete, says Henderson. “They must pass the training with 80 percent or better,” she says. “Each person who completes the training receives a certificate of completion and a free naloxone kit to use.” Citizen responders must be 18 years old or older, live in the county where they will respond, and complete pre- and post-test training.

Initially, each citizen responder receives a kit from ORRS with two doses of naloxone and a 3-by-4-inch laminated card with opioid overdose symptoms and emergency first aid tips. The county health department will replenish the supply of naloxone once used.

According to the Monroe County Health Department’s webpage for naloxone distribution, the department can provide the nasal spray for free, along with a brief training on how to use it. (Call 812-349-2722 for more information.) The Indiana Recovery Alliance (118 S. Rogers St.) provides injectable naloxone during outreach hours and by appointment. Pharmacies and other naloxone providers in Monroe County and throughout the state can be found at optin.in.gov.

For those who do respond to the notification, citizen responders are covered by Indiana’s Good Samaritan laws, which protect a person from civil and criminal liability when providing emergency medical aid. In 2015 in Indiana, Aaron’s Law was enacted to allow access of naloxone to laypersons, including family members and friends of those individuals at risk of an opioid overdose, without civil or criminal liability. To be protected under Aaron’s Law, a person responding to an overdose must do four things: Administer naloxone to the person suffering from an overdose, contact EMS, wait for them and police to arrive at the scene, and, finally, cooperate at the scene and provide all relevant information requested by law enforcement. The law honors Aaron Sims, a 20-year-old man who passed away from a heroin overdose in 2013. His mother, Justin Phillips, championed the law that would allow ready access to naloxone. A 2016 amendment then permitted access to naloxone without a prescription.

Since February 2021, the ORRS program has been expanded into three more PulsePoint communities: Dearborn, Madison, and Monroe counties. According to Henderson, they have recruited 85 people across the five counties with a goal of reaching a total of 220 persons trained by mid-October.

For Monroe County, “the ORRS program provides a low-barrier avenue that people can use to access naloxone and overdose training that they can use to save lives,” says Penny Caudill, administrator of the Monroe County Health Department. Currently, 57 people in Monroe County have expressed an interest in participating in the ORRS program, of which only 24 have completed their training.

“The ORRS program does not stop the epidemic,” says Henderson. “But what it does is helps save a life in a meaningful way by engaging a broader part of the public. Through an education process, we are equipping [citizen responders] with knowledge and a feeling of competence, capability, and readiness that they wouldn’t otherwise get.”

This, in turn, saves lives that would not otherwise be saved.

“Having more people trained and equipped with naloxone who can respond to an overdose is definitely a benefit to our community,” says Caudill.

Rebecca Hill is a freelance writer who writes on science and technology, education, health, and science ed issues. She has been published in numerous national and online publications, including OZY magazine, Purdue University’s Envision magazine, Robotic Business Review, and other publications. She is a graduate of Purdue University and holds a J.D. from Valparaiso University School of Law and a master’s in Library and Information Sciences from IUPUI. She is currently a member of the Purdue University Dean’s Council for Libraries, the League of Women Voters Bloomington Monroe County, the Limestone Post Board, the Association of Health Care Journalists, and the National Association of Science Writers.
Tagged
Comments