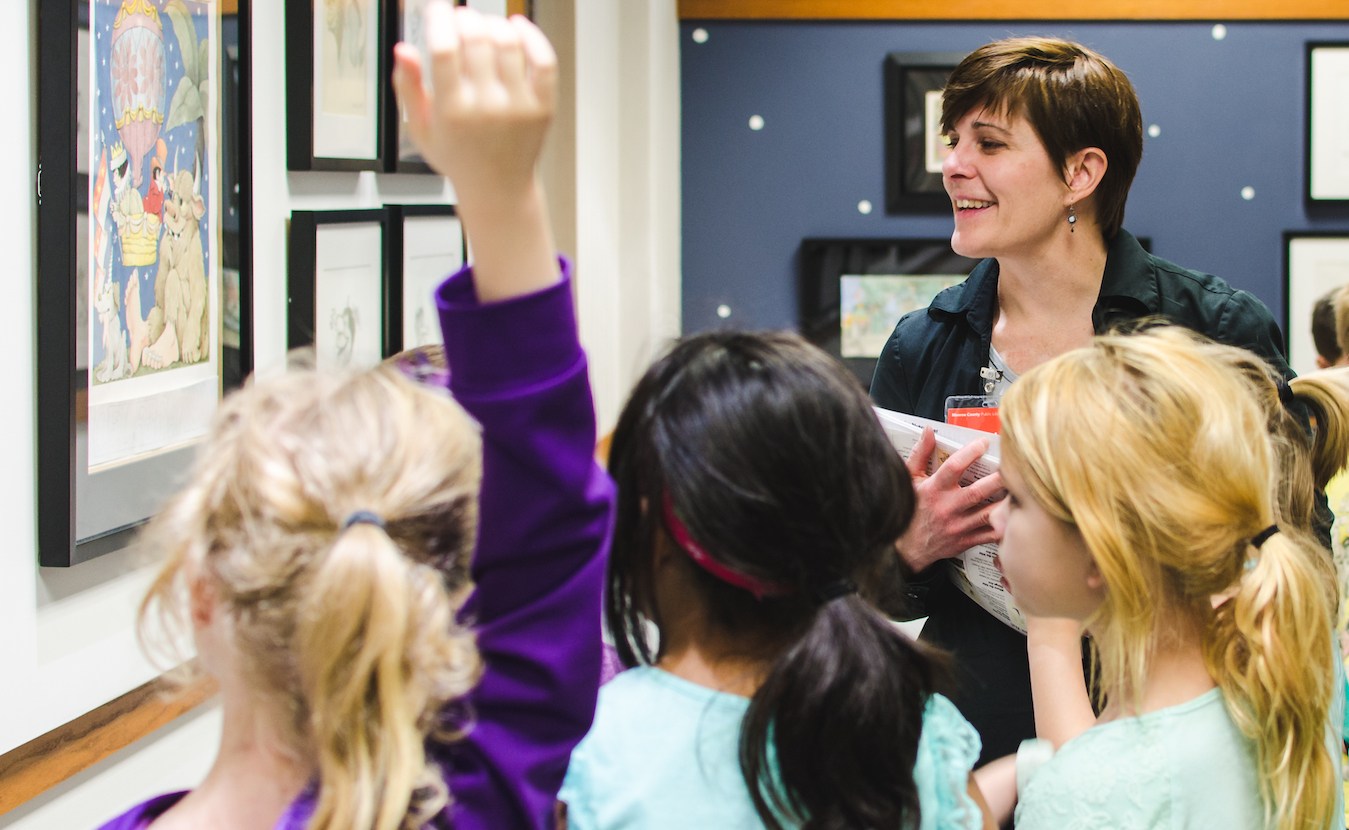 Cardinal Stage has developed many resources for kids to expand on their experience of seeing live theatre. Lisa Champelli (top) is the Children’s Strategist for the Monroe County Public Library and also sits on Cardinal’s education committee. She creates learning opportunities for the Cardinal for Kids shows, including the upcoming production of ‘The Musical Adventures of Flat Stanley.’

Most children love the drama of live theatre: the fantastic sets, the dark theatre and bright lights, the storybook characters come to life, the shared emotions among the audience. It’s a special experience, especially when they’re surrounded by friends or family, creating memories and feelings that stay with them longer than their favorite quote or song from the show. A good show will also create questions and opportunities to learn.

To help enhance the experience for young people, Cardinal Stage has developed several resources for kids to expand their experience beyond the sheer entertainment of a show. A key partner in this is the Monroe County Public Library (MCPL), with Children’s Strategist Lisa Champelli coordinating the library’s efforts. Champelli also sits on Cardinal’s education committee, a team that creates additional learning opportunities for the Cardinal for Kids shows, including the upcoming production of The Musical Adventures of Flat Stanley, May 10–26 at the Ivy Tech John Waldron Arts Center Auditorium. 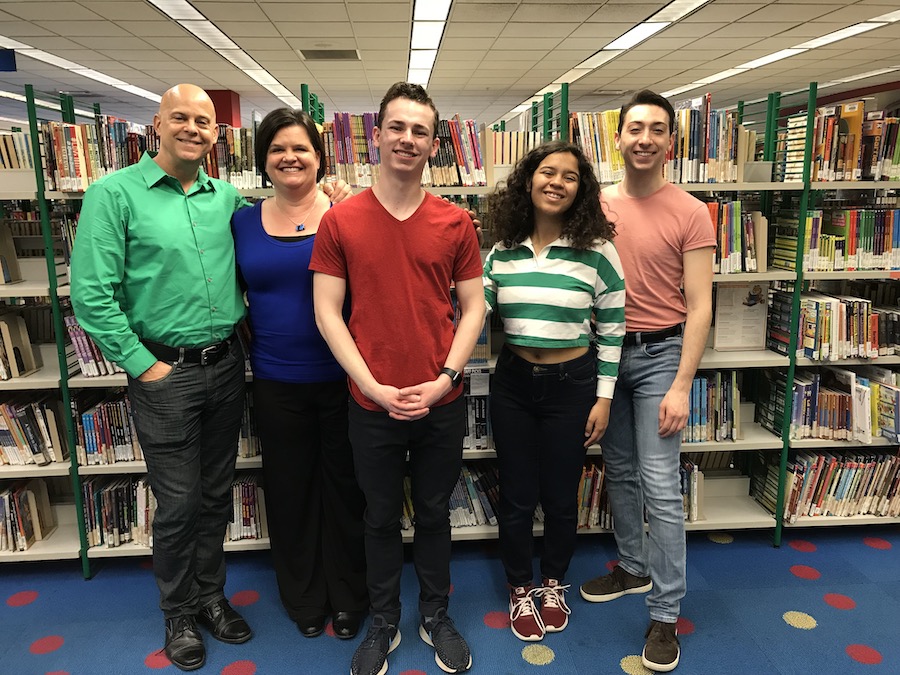 For over ten years, MCPL has worked with Cardinal to help introduce theatre to children. It started with preview performances at the library, a chance for children to see a selection of a show for free. “The previews are a great way for families, especially with young kids, to see what the show will be like, see if the story interests them, and test whether they are able to sit through an entire show and enjoy it,” says Champelli. Kids can catch a glimpse of The Musical Adventures of Flat Stanley on April 27 at 4:30 p.m. at MCPL.

A few years after teaming up with MCPL for the preview performances, Cardinal partnered with IU Credit Union to create the IUCU Education Initiative, with the goal of developing a love of theatre in children by providing increased and innovative points of access. This includes free tickets to families who might not be able to afford them, and the Cardinal for Schools program that provides lower cost admission to special weekday matinee performances. This program has allowed hundreds of school kids to see plays at little or no cost to their families.

Beyond providing access to shows, the Cardinal for Schools program offers teachers study guides created by the education committee. These guides can be used in the classroom to provide talking points about the show to start discussions, plus additional context or background about the show or author. “We’ve heard from teachers that they appreciate the discussion prompts, which get the students talking about the main themes of the show,” says Champelli.

Having teachers on the education committee is also helpful when creating the study guides. “We get a better understanding of what can be useful in a classroom and what time or resource restrictions they might have,” Champelli says. “We try to create something that provides new learning opportunities that teachers can actually utilize.”

Of course, learning doesn’t happen just in the classroom. MCPL is a valuable community resource with numerous tools for children to use. For each Cardinal for Kids show, Champelli and her staff develop activities and present information that connects to the production. The simplest, and often utilized, method is a display of various books and materials that relate to the show. “For Beauty and the Beast, we had different versions of this very old tale,” says Champelli. “As with most children’s plays and films, the story is based on a book.”

Special events are also popular, like arts and craft activities the library offers at certain times during the run of a show. There are also digital resources at MCPL that kids can use to research a topic, and Champelli often incorporates the library’s online tools in the activities surrounding a show. “We have some valuable and reliable resources that provide a better starting point than just Googling something,” Champelli says.

(left photo) Sanderson (left) and Winston try out the activities that Champelli and her staff developed for the show ‘Flat Stanley.’ | Courtesy photo. (right) Children can use a dedicated computer workstation in the children’s area to learn about the different countries and cultures that Flat Stanley visits on his trips. | Photo by Julie Warren

For The Musical Adventures of Flat Stanley, Champelli has coordinated multiple interaction points. There will be an online activity at a dedicated computer workstation in the children’s area. This activity centers on the different countries and cultures that Flat Stanley visits on his trips. “These stories are great introductions for kids to learn about other places and the people that live there,” says Champelli.

To celebrate Stanley’s two-dimensional physique, MCPL will have plenty of cutouts of the character for kids to color and take on an adventure of their own. “It’s fun for kids to imagine what it’s like to be flat, what would be possible, and what would be challenging if they were as thin as paper,” says Champelli. “There’s a nice duality of imagination and realistic fiction with Flat Stanley.”

With so many books featuring the character, it was not difficult to find numerous options for a display and for kids to check out. “Flat Stanley has visited numerous countries, giving kids a nice primer into history, geography, and the people and places around the world,” Champelli says.

For this show, as with the many shows they collaborate on, MCPL will provide young Cardinal audiences with opportunities to learn more about the various aspects of the show, and also the world around them. “We want to enhance the show and help kids connect what they see on stage with what happens in real life,” says Champelli. “It also helps cultivate a love of reading.”

For more information on The Musical Adventures of Flat Stanley (May 10–26 at the Ivy Tech John Waldron Arts Center Auditorium) and the IUCU Education Initiative, visit cardinalstage.org. To see the many resources and programs available at the Monroe County Public Library, go to mcpl.info.