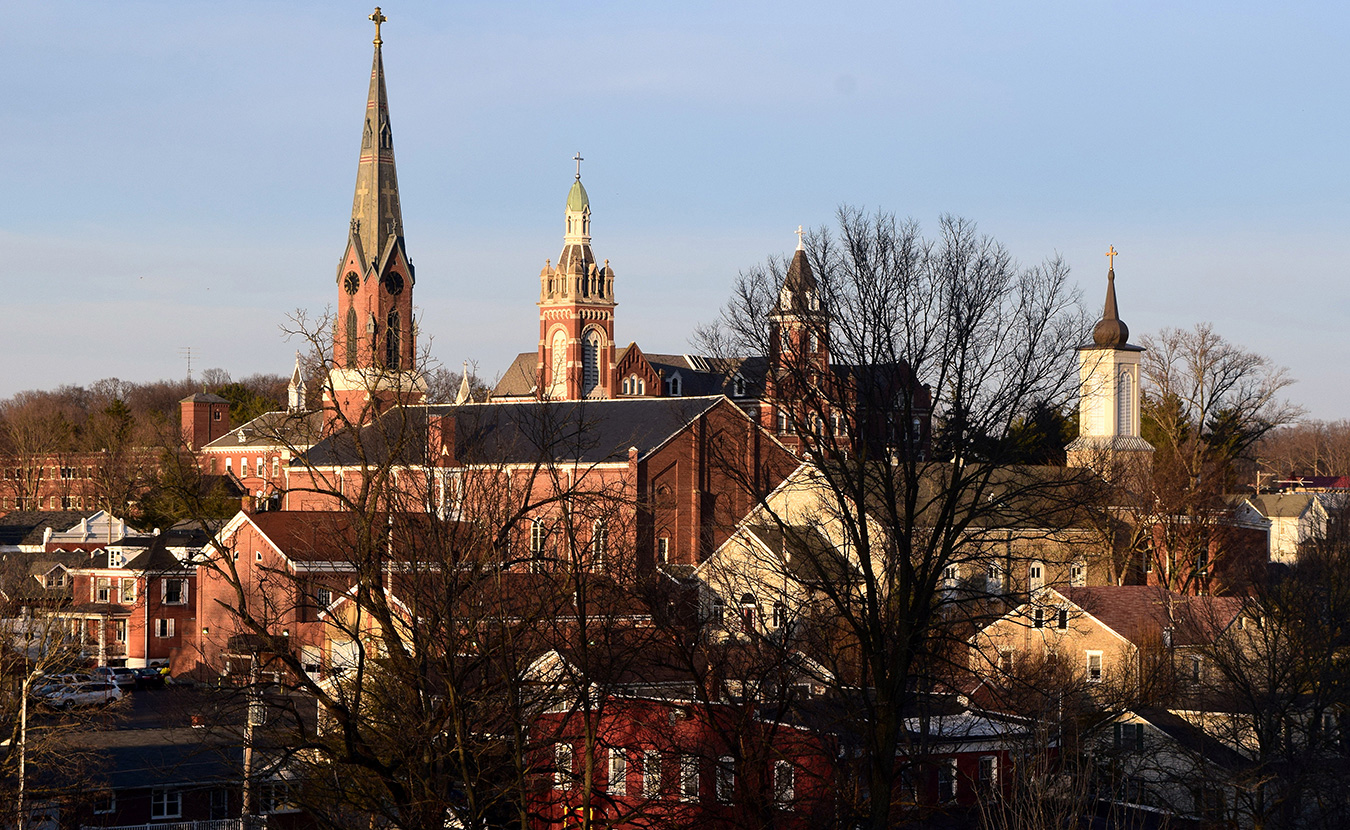 In our newest series, “Destination Small Town,” adventure travel writer Michael Waterford explores unusual or intriguing places for day or weekend trips in central and southern Indiana. Waterford says, “Weekend vacations are an underused and sadly unappreciated allowance that often goes unspent. In a country where supposedly everybody’s ‘working for the weekend,’ to see so many 48-hour stints go without appropriate exploration of one’s surroundings is, to speak bluntly, a crime. And upon the rare occasion we get to break away from the norm — to go and see and do in someplace new — trying to fit everything in can turn into a monumental snafu. But do not torment yourselves over the particulars, because against the advice of family, friends, and most bank tellers, I will travel the world in an effort to sort out the details for you.” As founder of The Mountain Folk, which he calls “a team of explorers,” Waterford has organized outdoor adventure trips around the world. Born and raised in Bloomington, he says his home turf offers some of the best cultural and natural destinations anywhere. In its beginning years, Oldenburg had a master tinsmith who accented many hand-carved brick buildings, such as this one, with tin trim. | Photo by Michael Waterford

Weekend mini-vacations are an underused commodity in my life. But, given the opportunity, I jump at the chance to stray a bit outside my normal course of averageness to get a taste of someplace new. Recently, I was lucky enough to stray into the ludicrously pleasant small town of Oldenburg, Indiana, in Franklin County. It calls itself the “Village of Spires” and was recently proven to contain more charm, per square inch, than Brad Wilhelm. For this reason, I’ve decided it worthy of a wayfaring weekend to drink up some of what this small town has to offer. The Sisters of St. Francis convent is an anchor to the community. | Photo by Michael Waterford

Oldenburg was plotted and established in 1837 by German speculators out of Cincinnati, Ohio, who named it after their home in the Old World. The subsequent German Catholic heritage is no surprise and is clearly prominent. Today, the city proudly preserves many hand-carved stone and brick buildings and displays bilingual street signs. In the early days, the town even employed a master tinsmith, whose work still accents the facades of many buildings.

Locals shared stories of the spire competition with the neighboring town of Batesville, which built its own spires towering over the treeline separating the two towns. By 1849, the people of Oldenburg had adopted their constitution of 13 articles, which include little gems such as “beer and cider allowed in the afternoon,” “all fowl at large may be shot,” and “all drunkards and those that commit nuisances on the street shall be punished.” Strict penalties were often enforced for heinous transgressions and often resulted in fines of “five to five-hundred cents.”

Beautifully occupying the rolling hills and pastures along State Road 229, just north of Interstate 74 between Indianapolis and Cincinnati, Oldenburg’s 700 residents live in a mere 115 homes, 80 of which were built before 1900. Visitors on a budget wanting a weekend here can expect to spend a modest $200 per person — a figure I chose to exceed due to my craving for insobriety and pan-fried poultry. Sadly, the people of Oldenburg have yet to collaborate with AirBnB, so there are no rooms to rent within the city limits. Nevertheless, just south of town by the highway, you can find a couple of hotels for reasonable rates. Oldenburg is filled with historic buildings and good food. | Photo by Michael Waterford

The Franklin County visitor’s commission has little on the Oldenburg “Things To Do” tab of its website. (In fact, I think that they’ve all but given up advertising the small town due to their silence after my multiple attempts of reaching them.) Nevertheless, when the sun is out and the church bells are tolling, nothing beats the Free Walking Tour. I picked up two maps at the central building of the Sisters of St. Francis convent on Main Street — one a map of town, the other for the grounds of the nunnery — and started walking. Over the next couple of hours, I walked the cobblestone streets, matching my surroundings with the historical elements and factoids of my brochure.

I hadn’t yet hit the grounds of the convent when I got hungry. Luckily for me, the people of Oldenburg leave a traveler spoiled for choice when it comes to annihilating hunger. And please believe me, annihilation is the proper term. Oldenburg is included on the random, but real, Southeastern Indiana Chicken Tour. Two restaurants in town — The Brau Haus and Wagner’s Village Inn — boast the greatest fried chicken around and serve portions that would calm the “hangriest” of travelers. Not a fried chicken fan? Try the other town favorite, sauerkraut balls with Düsseldorf mustard. Wash it all down with a stein of dunkel beer, and consider me a happy man. I finished my day by trying to walk off the chicken along the Corpus Christi path that leads out of town and into the woods behind the nunnery. Wagner’s Village Inn is one of two restaurants on the Southeastern Indiana Chicken Tour. Each of the cast-iron skillets of fried chicken serves two patrons. | Photo by Michael Waterford

The next morning, I was able to finish my “Franciscan Adventure” around the convent before my caffeine addiction led me to The Kessing Haus Café. This purposely Wi-Fi–free café serves organic coffee and pastries and is perfect for a refreshing morning pit stop. After chatting with the locals, I headed to Main Street looking for a souvenir for my mantel. There are a number of suitable shops for pillaging, but my favorite is the combined museum, ice-creamery, and trinket garrison, Carriage House Antiques. Ask politely and the proprietor, Jim Meyer, will give you a tour of the building — which at one time was a bank — and help you pick out your favored memento. Lastly, I can’t leave Oldenburg without visiting the lovable Pearl Street Pub. I stopped in for another stein of beer and homemade grub before I set off for home. Carriage House Antiques is a combination of a museum, ice-creamery, and a trinket garrison. The proprietor, Jim Meyer (pictured here), provides tours of the building, which was once a bank. | Photo by Michael Waterford

What intrigues me most about Oldenburg is how such a small town can have so many cultural treasures and make you feel like you’ve stepped into another time. In July, during Freudenfest, the streets fill with vendors, and visitors enjoy wine-tasting, dachshund races, a beer garden, and more. The community also manages multiple parks, a holiday celebration in December, and community-supported agriculture, and the Oldenburg Academy Auditorium puts on shows throughout the year.

Simply put, when I’m not there, I want to be. Small towns like Oldenburg hold a special place in my heart … and stomach.

Join me next time for another installment of “Destination Small Town.”