My Dad Voice: Saying ‘I Love You’ Out Loud 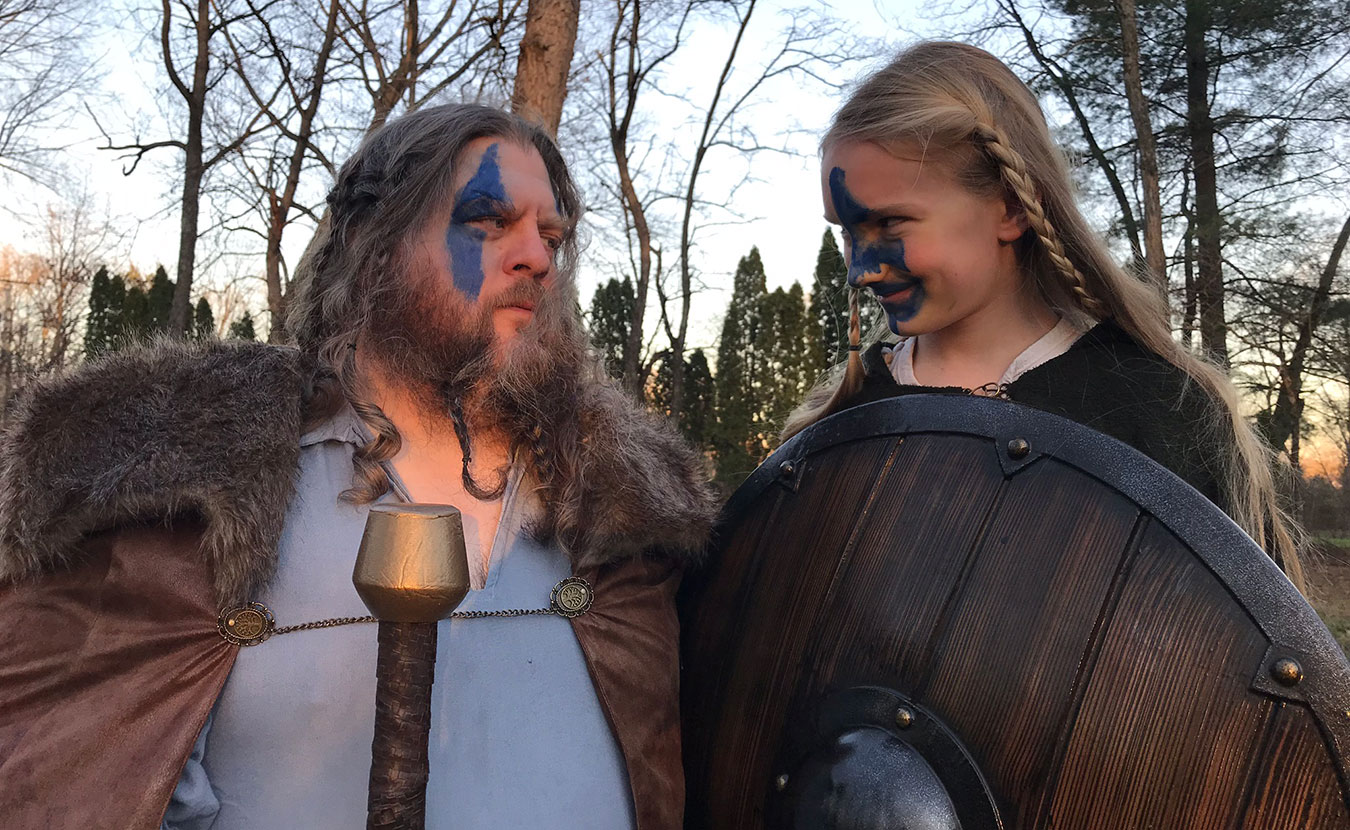 Showing emotions shouldn’t be off limits for anyone — especially fathers. In this first article for his new Limestone Post column, Troy Maynard, pictured here with his son, explains the various ways a parent can show love, and why it’s okay to cry — even if you’re a boy. | Courtesy photo

My son crawled under his big fluffy comforter, flopping onto his back. I leaned over and gave him a long, snuggly hug, then stood up.

“Good night, my boy. Get some good sleep. I love you. You’re smart and strong and kind and funny and hard working. I’m proud to be your dad,” I said, turning to leave.

He pulled the big blanket up to his chin. “Yeah, but you’re my dad. You have to say that.”

I stopped and turned back to him. “No, actually, I don’t,” I replied. “In fact, many dads never say those things. I think most of them think it but don’t feel comfortable saying it out loud. So they say it in other ways.”

His brow furrowed. “Why don’t they say it?”

“Well, the truth of the world is that people are weird about how a man should act,” I said, trying not to sound too judgmental. “A long time ago, boys were taught to not show their emotions at all. They were told that especially showing sadness or crying would make them seem weak.” I shrugged my shoulders. “Even when I was little, I was taught that boys shouldn’t cry.”

He rolled toward me with confusion on his face. “But Mom says crying is good for you.”

“It is good for you,” I said confidently. “No, I very much disagree with the idea that boys can’t cry.” I scooted him over a bit and sat on the bed next to him. “I think showing emotion makes us stronger and happier in every way. In fact, I’m trying very hard to raise you without restrictions on showing your emotions or how you get to feel or not feel.”

I tousled his hair a bit. “But I’m sure in sixth grade you’re already getting a different story from friends at school.”

“It’s a hard line to draw. Men are expected to be strong, but actually we have to let out our emotions, too,” I said. “And that’s exactly why I talk about my emotions with you. I want to show you that big, strong men absolutely talk about our feelings. We can be sad and mushy and proud and whatever we want.”

“That does seem better,” he said, contemplating my words.

“Yeah, it’s not always that simple, but I think it’s a good place to start.”

We sat for a while without speaking, just listening to the night sounds in his darkened room. Eventually, he asked, “So other dads don’t say those things?”

“I think most don’t say them out loud. Neither my dad nor my step-dad ever said those things to me when I was growing up. I think most dads don’t actually say the words as much as they probably should.”

Maynard and his son bond over a Viking photo shoot. | Courtesy photos

“Huh,” he said with a tone of surprise.

“Don’t get me wrong. Dads all show their love in other ways, like making up silly nicknames and roughhousing in the living room.”

His face lit up with recognition. “Is that why you make up so many names for us?”

“Yes, Rufus,” I chuckled. “That’s exactly why I call you so many different names.”

He broke into a mischievous smile. “Why did you call me Rufus, you Big Butt Face?”

“Gosh, I don’t know, Smack Daniels, why do you think?”

He giggled. “Because you love me, Poop Face.”

He launched a surprise attack, lunging at me to wrestle. We locked arms and tussled a bit before I broke away. “Okay, okay, ” I said with my dad voice. “No more wrestling. It’s time to wind down for sleeping, not to get all worked up.”

He settled back and pulled the cover back up protectively, still flush with the thrill of battle.

I patted his head. “You know, kiddo, most dads are more comfortable showing their love by working hard at their jobs to provide for their families and by being strong and protecting their kids.” I tucked his blanket under his chin. “Those are ways that almost everyone agrees that dads should show their love.”

“Those are good ways,” he said.

“They sure are. Also, remember that most dads are more athletic than I am, so they do sports things with their sons, like taking them running, or coaching their soccer teams. That’s their way of showing their love. I buy groceries and cook food for you guys. That’s more my way of showing my love.”

“And you teach us how to cook,” he said brightly.

“Absolutely,” I said. “That is definitely one of the ways I show my love.”

He sat for a bit, pondering. “But other dads don’t say the words?”

“So why do you say all that stuff?”

“Because kids need to hear those things,” I said. “Really, everyone needs to hear those things, but especially kids. Too much of your life will be the whole world telling you what’s wrong with you. I want you to start life with a nice solid foundation of knowing what is RIGHT with you. Doesn’t that sound better?”

His brow furrowed as he carefully chose his answer. “I like it, but only if you really mean it.”

“Yes,” I replied. “I really, really do. I mean it more than you will understand until you have your own kids.”

I stood up from his bed and faced him. The room was still and peaceful, as moonlight played across his comforter. The ceiling fan purred quietly above us, humming its long, simple song.

“Good night. I love you, Garbage Face,” he said softly.

“I love you, too, beautiful boy. Get some good sleep.”

[Editor’s note: Troy Maynard will be on Michael G. Glab’s WFHB series, Big Talk!, during the 5 p.m. Daily Local News program on Thursday. Maynard will be discussing the release of his new book, How to Raise Viking Children and Other Tales of Woe, (Very Vocal Press, 2017), where this story, originally named “Guy Talk,” was first published.]

Troy Maynard is a giant viking, foodie, geeky gamer, father of three, and master of none. Between taking frequent pictures of meals and occasional pillaging (alleged), he writes his thoughts on life from his Mead Hall in the rolling hills of southern Indiana. Ransacking passing ships doesn't pay the bills, so he also works in the software industry, where he gets to use his tantrum-management skills on a daily basis. You can read more of his stories and thoughts on parenting at his blog, VeryVocalViking.com, and in his new book, How to Raise Viking Children and Other Tales of Woe.
Tagged
Comments