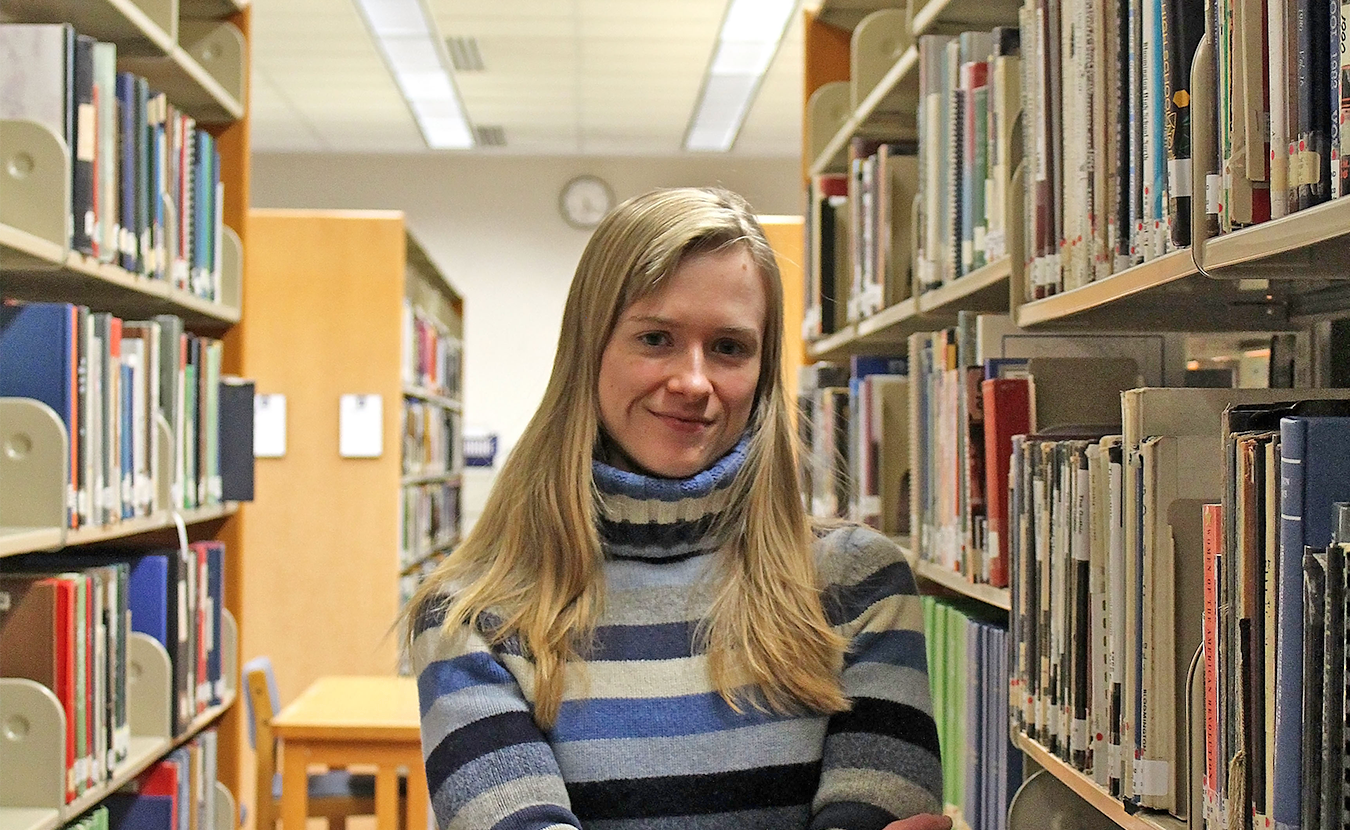 While strides have been made toward income equity between men and women, Indiana ranks 49th in the country in gender wage gap. Amanda Stephens (pictured), a lawyer and Ph.D. candidate in gender studies, says, “We need to look at what is going on in our society that allows this pay gap to persist.” | Photo by Nicole McPheeters

In 1963, the annual median wage for women in the United States was 59 percent of their male counterparts. By 2018, that disparity had improved to 79 percent. According to the Institute for Women’s Research, at that rate the gender wage gap between men and women will not close until 2059. Julie Thomas, president of the Monroe County Board of Commissioners, recalls when this became apparent to her.

“I remember when I was at a political event awhile back where somebody had old, vintage political buttons for sale. They were a bit rusty, and among them was one that simply said ‘69 cents.’ That was the wage gap in Indiana in the early 1970s.” 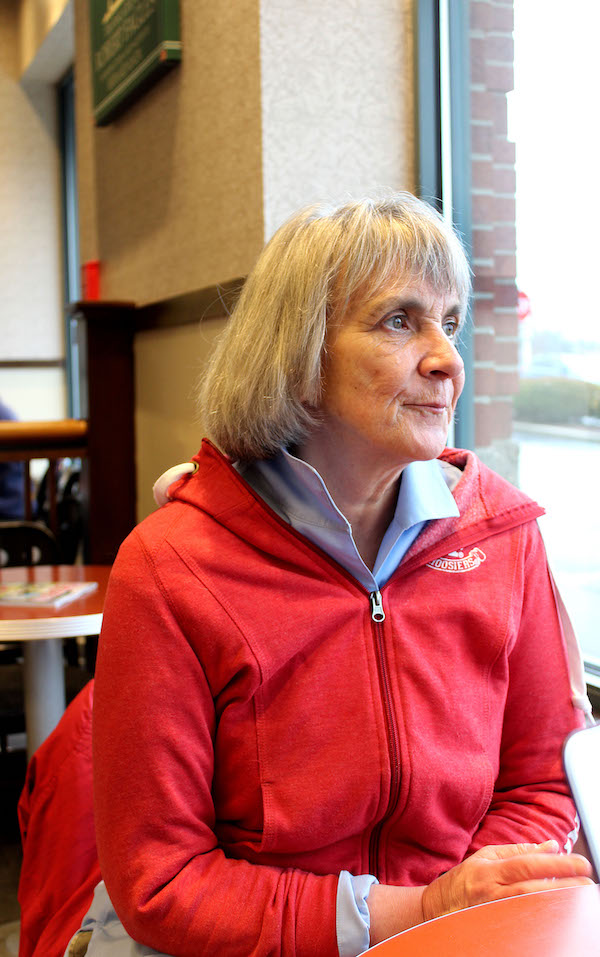 “As of now, you cannot set a higher local minimum wage than what is set by the state, but the cost of living in Monroe County is on the high end,” says Julie Thomas, president of the Monroe County Board of Commissioners. | Photo by Nicole McPheeters

The gender wage gap is a measure of pay equity that compares the median earnings of women who work full time, year-round and men who work full time, year-round. If a man and a woman in the median earning spots for their respective gender earned the same amount, the earnings ratio would be even and the wage gap would be zero. In 2016, the median earnings of white men in Indiana was $49,157 and the median earnings of white women in Indiana was $36,440, equating to a wage gap of 74 cents. Wage gaps exist in each of Indiana’s 92 counties. In Monroe County, the gender wage gap is 80 cents on the dollar. A report by the American Association of University Women in 2018 on gender pay gap ranks Indiana 49th out of the 50 states and the District of Columbia.  [UPDATE: For more recent information, visit Careerswiki.com.]

A portion of this gap is due to occupational segregation, in which male-dominated professions such as engineering and information technology pay more than traditional female jobs such as nursing or teaching. Amanda Stephens, associate attorney at Ferguson Law and a Ph.D. candidate in gender studies at Indiana University–Bloomington, explains this issue is not often viewed through the correct lens.

“If we look at it on an individual level, where we see Bob is being paid $100,000 and Sally is being paid $50,000 for the same job, then we know that’s a clear case of a wage gap. We all know that is bad. That’s easy,” Stephens says. “So we have to look at the issue from 1,000 feet up. We need to look at what is going on in our society that allows this pay gap to persist.”

In 2016, Black and biracial women made 36 cents for every dollar made by a white Hoosier male, and the gap between Latinas and all white Hoosier men who work full time was 44 cents for every dollar. These women of color experience smaller gaps when compared to men within their own racial or ethnic group, but this is because men within these groups earn considerably less than their white and Asian counterparts. Currently, more than 6 in 10 minimum-wage workers in Indiana are women, and in 2017 the U.S. Bureau of Labor Statistics found Latina and Black women made up 20 percent of this full-time minimum-wage labor force. This is a high concentration considering Hispanic and Black women make up only 7 percent of the Indiana labor force. This pay gap widens further in the service industry, where women make less per week than women working full-time across all occupations.

Today, the hourly self-sufficiency wage for one adult and one preschooler in Monroe County is $20.44. This would be the income the household would need to meet their basic necessities such as housing, child care, food, transportation, miscellaneous expenses, and taxes. As the president of the Monroe County Board of Commissioners, Julie Thomas plans to work closely with state representatives to move toward a change in Indiana’s statewide minimum wage of $7.25 — specifically for Monroe County.

“As of now, you cannot set a higher local minimum wage than what is set by the state, but the cost of living in Monroe County is on the high end,” says Thomas. “We are a very diverse state in terms of income. It doesn’t make sense to have one wage across the state.” 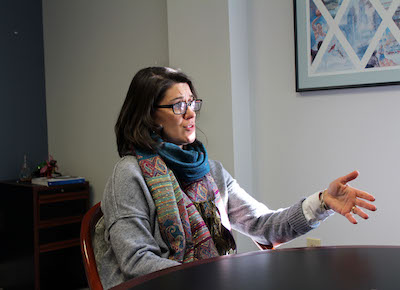 Erin Predmore, president and CEO of The Greater Bloomington Chamber of Commerce, believes affordable childcare is also a factor in the wage inequality in Indiana. “Because of the way we have roles within society, women are much more likely to take care of children. A woman who does not have children is more likely to make the equivalent of their male counterparts. A working mother is often faced with a choice between her career and childcare.”

A report from Child Care Aware of America ranked Indiana as the fourth most expensive state for average toddler care, which costs $10,885 a year. With the median salary at $36,440, a Hoosier woman may have to spend 30 percent of her annual earnings on childcare alone. The same report indicated 45 percent of working parents miss work due to childcare cost and availability, averaging four days every six months. This comes to $28.9 billion in lost wages by families who do not have access to paid leave or affordable childcare. Of companies that offer childcare services or assistance, 54 percent have reported a positive impact on reducing missed days and employee turnover.

“It is an economic issue that impacts men as well because it influences the income for their family and added stress,” says Predmore. “As a society, we have made great strides to have equitable opportunities at work, but it’s about having time at home with family, and having equal footing for promotions.”

In efforts to help local businesses ensure they are offering equal opportunities to both men and women, the Bloomington Chamber of Commerce published a how-to guide for reducing the gender wage gap. The guide, for example, advises against requesting an individual’s previous salary.

Stephens emphasizes the importance of empowering women to negotiate effectively for equal pay. “We should be teaching young girls to create leverage and fight for themselves,” she says. | Photo by Nicole McPheeters

“If an individual was underpaid in their previous job, and shared the salary [with a prospective employer], there is a chance they will be underpaid again — it causes a cycle of lowered salaries,” says Predmore. “We have so much available data on going rates and salaries of positions. By not linking the salary directly to the applicant, we can allow the salary be linked to the job.”

She says women are less likely to ask for a salary raise than men are. Rather, women are more inclined to wait to be offered a salary raise or promotion. Likewise, managers feel more uncomfortable when women ask for raises. In the how-to guide, Predmore warns businesses against perpetuating a “double-bind” in the workplace. For women, the double-bind is the choice between being liked or being confident. While a man’s likability frequently has a positive correlation with his presumed confidence, a woman often has to walk a razor’s edge of likability.

To combat this mentality, Stephens emphasizes the importance of empowering women to effectively negotiate. She recommends keeping clear documentation of everything — accomplishments, reviews, volunteer work, and writing samples. “It is important for women to position themselves to confidently speak to their skills and accomplishments,” says Stephens. “We should be teaching young girls to create leverage and fight for themselves.”

Thomas echoes this sentiment and believes there is a need for women in leadership. In 2018, she was one of three women who made history as the first and only all-female board of commissioners in Indiana. She recalls what it was like when she realized that this was a first for the state. “It was pretty amazing, one of those pinch-me moments,” says Thomas. “We are standing on the shoulders of giants who have inspired generations of women, and we hope to continue that momentum.”