Changing the ‘Us and Them’ Feeling in Bloomington Is ‘Imperative’ 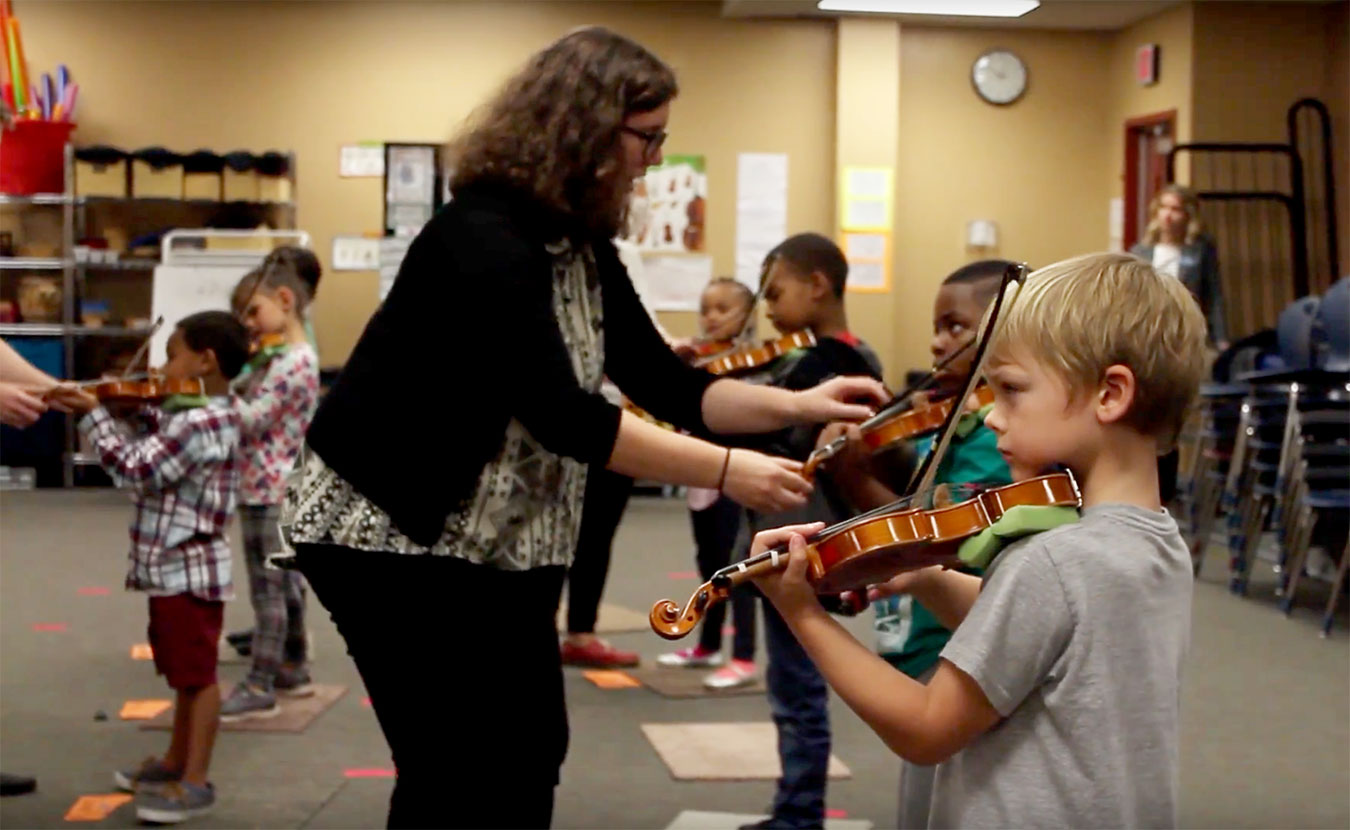 Through the ONE Community Initiative, the Bloomington Volunteer Network and six local nonprofits — such as Fairview Elementary School, pictured here — are trying to change the “us and them” feeling in the community. | Photo by Miles Reiter

It’s time for a paradigm shift in Bloomington — at least where the concept of volunteerism is concerned. The City of Bloomington Volunteer Network and six partner organizations are trying a new tack. But it isn’t simply about increasing the number of bodies and hours spent serving marginalized pockets of the population. Instead, through its ONE Community Initiative and online Virtual Volunteer Fair, the Bloomington Volunteer Network hopes to effect systemic change in the community by connecting the right people and giving them context for the work they’re doing.

“On the website there is a very clear way to access the opportunities and a description of the initiative,” explains Bloomington Volunteer Network Assistant Director Lucy Schaich. “What we want to have is an explanation of what we’re up to, why it’s important, why it’s called ‘ONE Community’ versus ‘Hey, Come Volunteer!’ because we [already] have a whole website with hundreds of opportunities to come volunteer. We’re focusing on this particular initiative and these particular organizations, because we feel it is imperative for our community.”

More a function of the sheer magnitude of need in our community than of operational inefficiencies, the six organizations involved in the ONE Community Initiative have rarely had the luxury of stepping back to consider what they could use from a more engaged volunteer base, according to Schaich. Funded by a Serve Indiana grant awarded last spring, the initiative, in part, will target highly skilled volunteers and pro bono professionals to integrate with the staff of these organizations. In particular, corporate involvement is a significant lever that the Bloomington Volunteer Network hasn’t always pursued to the degree that it would like to — until now.

“We have a rich workforce that can contribute,” Schaich says. “We’re giving them another avenue to reach out and engage in the community in a meaningful way — not just have a T-shirt and a tagline and one Saturday a year [to] come out and do something, and then have everybody go, ‘What was that? We feel good, but we don’t know what we did.’”

Here are the ONE Community Initiative partners:

Ditching the ‘Us and Them’ Dynamic

To give volunteers context for their work, the Serve Indiana grant also covered production of a 15-minute video that the partner organizations can use to orient viewers to economic disparity. “What we heard from the [partner] organizations involved is that it feels like there is a segregation or a separateness [from] the population in Bloomington that is experiencing economic disparity. There’s kind of an ‘us and them’ feeling,” Schaich says.

As another part of the initiative, those effects will be carefully tracked and reported online over the next several years.

Pointing to Pets Alive as an example, Schaich suggests lasting, positive changes take place when volunteers get engaged enough to think about the needs behind the need. While Pets Alive’s original focus was warehousing animals that had been slated for euthanasia, the group soon needed to rethink its mission. “At some point they just stopped, and said, ‘Wait a minute! This is never-ending! Animals are just going to keep coming, and we can’t house them all,’” she says. “They switched their focus from being auxiliary shelter volunteers to advocates for spaying and neutering, and they have changed the landscape, [reducing the number] of animals coming into the [Shelter.] They kept their eye on the prize.”

Deeper volunteer engagement with ONE Community partner organizations might yield similar results. “It’s not about having more volunteers at Fairview or more volunteers in the after-school programs. It might be about having quality programming and an advocate-level volunteer above that is working on systemic change,” Schaich says.

“There’s this dominant narrative in the United States that life is fair, and, if you’re not succeeding, it’s your fault. … But these stories are more complicated, they’re more nuanced, and they’re affected by larger political and economic systems,” she adds.

Schaich notes this concept applies locally, too. Consider: One in five Bloomington children is food-insecure. “Why is that a problem?” she asks. “It’s a problem, because, if you are hungry, you can’t learn. Well, then we send that child to Fairview, and we blame the teachers for not getting them to focus. It does go back to systemic issues. As we scratch the surface a little deeper, I think we’re going to come up with different solutions and more engagement and advocacy.”

Editor’s note: Limestone Post is proud to support City of Bloomington Volunteer Network’s ONE Community Initiative. Click here for videos on how to help each of the partner nonprofits.

When she's not writing, Brackney tends her small greenhouse and gardens. “I'm gradually eliminating my lawn. It's good for bees, but, also, I'm lazy! Mowing's just always seemed Sisyphean to me,” she says.
Miles Reiter

An informatics and media major at Indiana University, Miles Reiter is a part-time videographer and photographer. He has built up a small following on YouTube, posting videos ranging in style and topic from consumer electronics reviews to vlogs to cinematic nature videos. When he's not working on a new video, Miles tends to be studiously keeping up to date on the latest products and trends in the tech world. Miles' YouTube content can be found at YouTube.com/MilesReiter.
Tagged
Comments