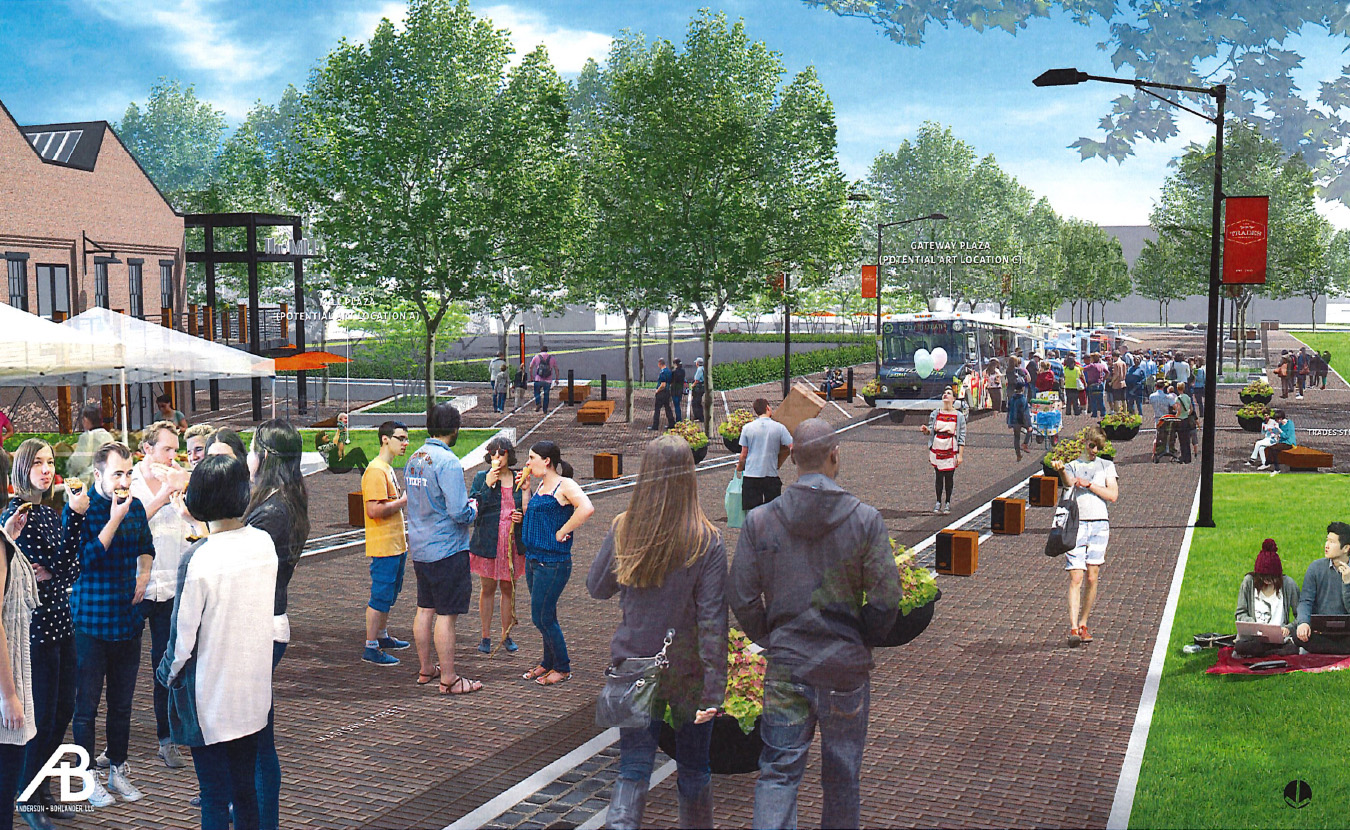 A nonprofit called CDFI Friendly Bloomington offers financial support for underserved communities, including projects in the "creative sector." One possibility is to help fund public art in the Trades District, as shown in this rendering prepared for the City of Bloomington by Anderson + Bohlander, LLC. | Courtesy image

Affordable housing, small businesses, community facilities, and the arts and culture sector all have at least one thing in common: the need for more funding and financial support. With banks’ traditional rules and regulations, which often lead to discriminatory lending practices, it can be difficult for low-income and underserved communities to receive financial support for important community-development projects. More than 20 years ago, a group of activists in Washington, D.C., came together to find a solution to increase economic access and opportunities for otherwise overlooked public and community-focused projects. Through this group, Community Development Financial Institutions (CDFIs) were created to bring financial investments to these underserved communities.

In 1993, current City of Bloomington Mayor John Hamilton worked with this nonprofit group while living in D.C. to establish City First Enterprises, in which he became president of the organization and led the effort to grow the new financial model, the first CDFI. The organization was charged with the mission to promote social justice by increasing economic access and expanding opportunity for low-wealth communities. 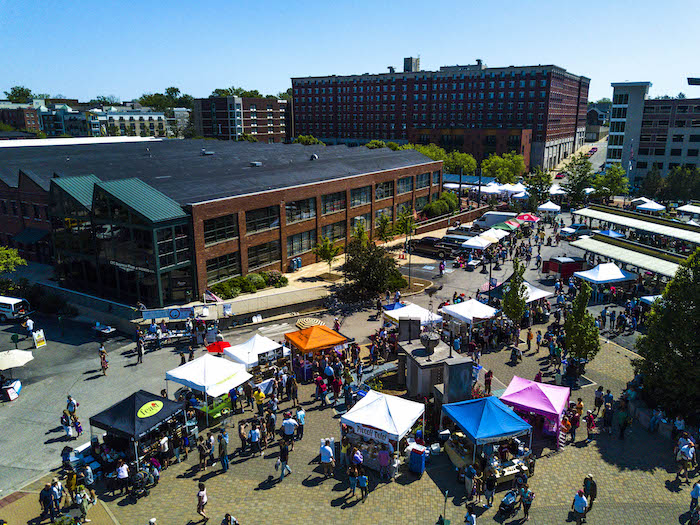 CDFIs usually focus on large cities, so Bloomington became the first “CDFI Friendly City” in the country. | Photo courtesy of City of Bloomington

Since then, CDFIs have transformed the financial sector and become an asset to communities across the country. However, most CDFIs have focused on Chicago, New York, Los Angeles, San Francisco, and other cities with much larger populations than Bloomington. That’s about to change.

In 2017, the Hamilton administration met with CDFI specialists, community bank representatives, and local community members to discuss bringing this innovative financial model to Bloomington in order to support community-based projects and initiatives. From that conversation and extensive research, Bloomington became the first “CDFI Friendly City” in the country, establishing the nonprofit CDFI Friendly Bloomington in 2018, which facilitates dialogue between projects happening in the city and already existing CDFIs around the country.

Let’s back up for a minute. What exactly is a CDFI?

“Think of traditional banking as the hole inside a donut,” says Alex Crowley, director of economic and sustainable development for the City of Bloomington. “The banking sector has these rules and requirements for lending to projects, entities, et cetera. Either you fit the rule and are in the donut hole or you don’t. If you don’t, then you’re not getting financing and you’ve found yourself on the outside of the donut hole [and in the donut]. Now, imagine a circle around the outside of the donut hole [a circle that doesn’t capture the entire donut]. This circle captures some of the more traditionally risky local candidates that the banking sector won’t fund but that are still reasonably able to be supported. That’s where the CDFI operates.”

With that in mind, individuals and businesses that land on the outside of the donut hole tend to come from low-income and underserved populations, where banks have traditionally not lent financial support due to systemic discrimination through rules and regulations. It’s important to note that many local banks are actually in support of the CDFI model, because they understand their lending limitations based on the established rules and regulations. 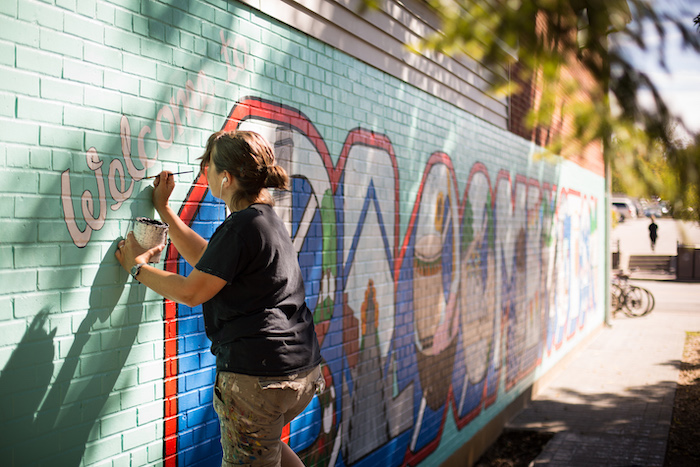 “CDFIs are not as focused on return on investment like traditional banks,” says Brian Payne, assistant director of small business development for the City of Bloomington. “They’re profitable, but not profit-maximizing. Profitable enough to be sustainable but community minded.”

CDFIs don’t fund everything. They focus on projects and initiatives that have a public benefit and contribute to community development, such as affordable housing, small businesses, community facilities, and arts and culture projects. CDFIs exist around the country and often specialize in one of these fields.

“We looked at a few options for bringing the CDFI model to Bloomington,” says Crowley. “Do we create a CDFI of our own and have it here? Do we try to attract a CDFI from a different city to set up a field office here? Or is there another way?”

If Bloomington were to establish its own CDFI, it would take a long time to build up the capital reserves needed to invest in projects, plus it would have to specialize in one market over another (i.e., only affordable housing or only arts and culture). That idea was ruled out. A second option — to bring in a field office of an already existing CDFI — addressed the need to build capital reserves, but that CDFI would likely still be specialized. So the team found another way. 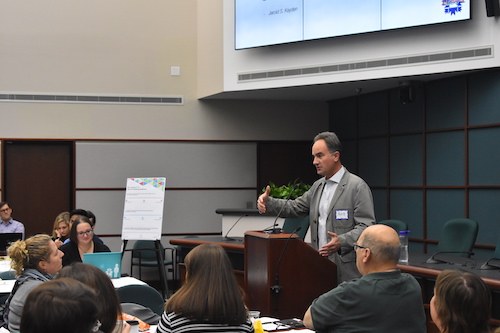 Crowley says that with the help of Mark Pinsky, a leader in the CDFI industry, “the administration came up with the idea of creating a new organizational structure — not a CDFI, but a nonprofit organization in Bloomington that allows outside CDFIs to do business here in a much more efficient way. That’s CDFI Friendly Bloomington.”

This means CDFI Friendly Bloomington will operate as a nonprofit. It has a board of directors and is in the process of hiring at least one staff member, including an executive director. The organization will pair community development projects with CDFIs based in other cities, bringing new investment and capital to Bloomington while allowing investments to cross sectors. This means CDFI investments can be leveraged for affordable housing, small business development, community facilities, and arts and culture projects.

It’s clear to see how developers might use this tool to get upfront investments for affordable housing development, or how a small business may reach out to a CDFI for a loan to help establish their business, but how can the arts and culture sector leverage the CDFI model?

A good example is AltCap, a CDFI in Kansas City, Missouri. Through their financial investments in arts and culture, they’ve created ARTcap specifically for artists. The CDFI provided funds to help a creative studio expand its clothing line, a maker village renovate an abandoned building, and a potter grow her online store and wholesale business.

“When you look at what AltCap is doing, they’ve provided new investment for creative-sector businesses through low-interest loans,” says Sean Starowitz, assistant director for the arts at the City of Bloomington. “They did a study that found that, out of all artists they lent money to, none of them defaulted on their loans. But these artists had been unable to get funding from traditional banks. So they have more of a creative-sector focus. My hope is that we can also get a few CDFI-funded projects in the arts here.”

Starowitz is already working to establish this relationship in Bloomington between artists and CDFIs through CDFI Friendly Bloomington. “As part of the 1% for the Arts Program, the Bloomington Arts Commission (BAC) has guaranteed budgets based on various projects,” Starowitz says. “Currently, we are in the process of commissioning a $100,000 public art project in the Trades District. The challenge with these larger projects is that we have a state mandate that says we can only provide payment upon completion. So where would an artist find liquid capital to even begin a project of this size?”

Now, they are able to get upfront capital from a CDFI for the Trades District project specifically; information on CDFI funding was made available in the Request for Qualifications that was distributed. This lowers the barrier for individual artists to enter the public art field and submit proposals for projects that exist in public space.

The current Trades District commission of $100,000 is the largest the BAC has ever overseen.

“Traditionally, we’ve commissioned projects on the lower end of the 1% program when compared to the rest of the country,” Starowitz says. “On average, the range for 1% projects across the U.S. is between $175,000 and $380,000. That’s just an average. Bloomington is only now doing our first six-figure public art commission, and that’s really exciting.” 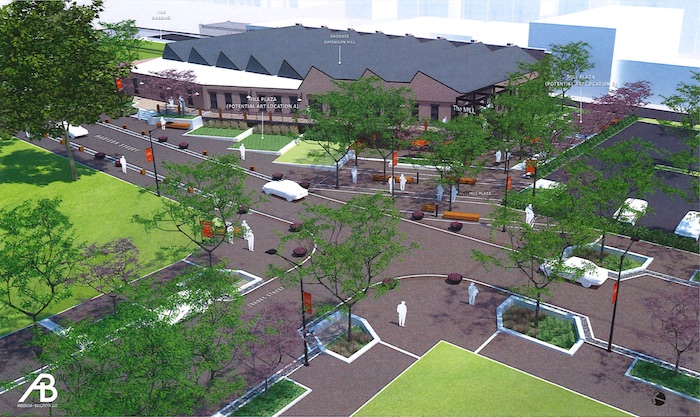 The Bloomington Arts Commission is in the process of commissioning a $100,000 public art project in the Trades District, says Sean Starowitz. Now they are able to get upfront capital from a CDFI to help the artist get started. | Courtesy image

Once the BAC selects an artist for the Trades District project, upfront liquid capital could become a challenge (i.e., having money on hand to start purchasing materials and begin fabrication). As noted earlier, the BAC is unable to provide funding in advance of the project; rather, it must have proof of completion during different phases before an artist can be paid for their work.

Through the CDFI model, these artists can now receive low-interest loans upfront to begin a project, knowing that they will receive payment from the BAC as a project’s phases are completed. With this knowledge, the City of Bloomington already has partnered with a CDFI based in Indianapolis that’s willing to support the Trades District commission.

“For artists who are interested, this is a tremendous opportunity for them to professionalize themselves in the public art field,” Starowitz says. “For nonprofit arts organizations, this can provide an opportunity for growth through a variety of ways, such as the purchase of a building. As CDFIs also focus on affordable housing, there could be the opportunity in the future to look into artist housing too.” With this new funding tool, creative sector individuals and organizations now have the opportunity to work with a liaison at CDFI Friendly Bloomington to seek outside investment for large-scale projects.

To learn more about this program, contact Brian Payne in the Economic and Sustainable Development Department at the City of Bloomington.

Rachel Glago is a member of the Bloomington Arts Commission.