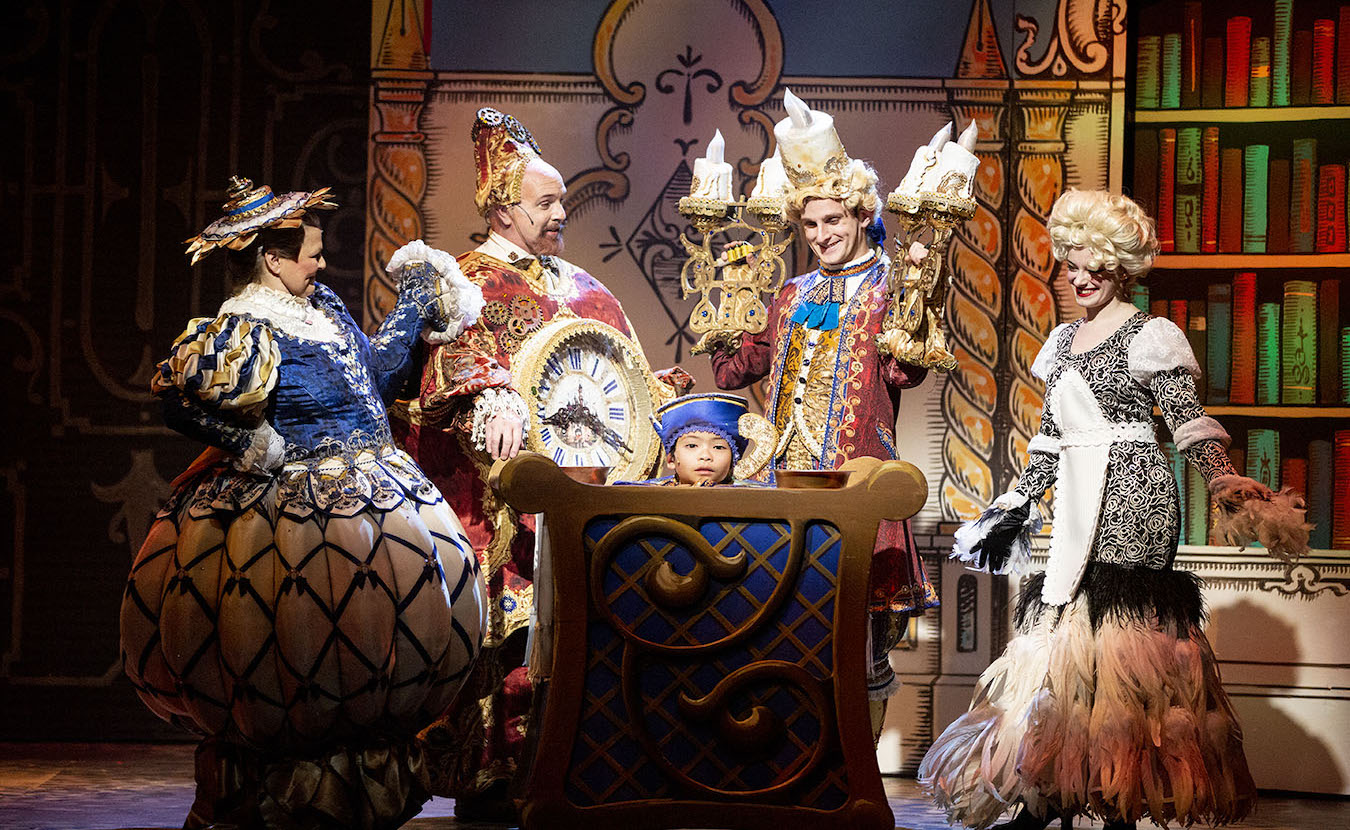 In choosing shows for Cardinal Stage’s season lineup, the top priority for Artistic Director Kate Galvin is the strength of the story. “Even if there are things about the content or style that are appealing,” she says, “if the script is weak it’s not a worthwhile trade-off.” This scene is from ‘Disney’s Beauty and the Beast,’ which ran last December and became the best-selling show in Cardinal history. | Photo by Blueline

Each theatre season brings a series of shows that allow audiences to enjoy a new perspective. The experiences of the characters can be comfortingly relatable or wildly eye-opening. For the 2019-2020 season, Cardinal Stage has selected shows that cover a wide range of experiences and settings, but all are similar in that the main characters explore their identity or challenge how others view them. Audiences will watch Gatsby hide his broken heart with an extravagant persona in The Great Gatsby; they’ll cheer for Jack and Katherine as they reveal secrets and their true selves in Disney’s Newsies; they’ll laugh through the pain with Hedwig as she recounts her life and love as a transgender woman in Hedwig and the Angry Inch. (See below for the full season lineup.) 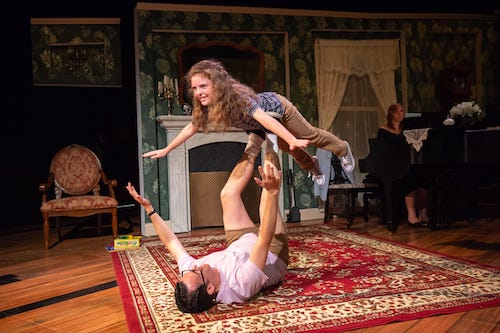 “We try to create a mix of shows over the course of the season that balances popular, known pieces with great plays or musicals that are new to our audience,” says Galvin. ‘Fun Home,’ shown here, was selected for the 2018-2019 season. | Photo by Blueline

The shows weren’t chosen based on this similarity, because when considering which shows to produce, the top priority for Artistic Director Kate Galvin is simply whether it’s good or not. “Even if there are things about the content or style that are appealing, if the script is weak it’s not a worthwhile trade-off,” she says. Galvin knows that Cardinal audiences value quality shows with thought-provoking and entertaining dialogue, not just what’s trendy or follows a chosen theme. 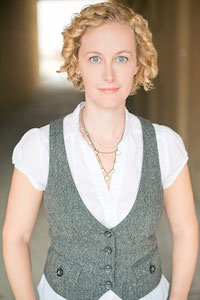 When choosing shows, the decision ultimately comes down to Galvin. But she knows that Cardinal audiences love variety and she doesn’t want the season to be only what appeals to her. To get other perspectives, Cardinal gathers input from long-time patrons and artists through surveys. They also use the For Your Consideration scene showcase, which Galvin introduced when arriving at the company. “It offers Cardinal fans a chance to weigh in on what they might like to see,” says Galvin. “Last year, we showcased The Christians and it did very well, which helped us decide to include it last season.”

Even with input from patrons, artists, and staff, selecting shows can be challenging. In a large city with numerous theatre companies, each company is more successful if they find their niche and stick to it. But being the largest professional theatre company in the region, Galvin recognizes that variety is critical because the audience base is so varied. “There are so many different types of ticket-buyers, with different levels of exposure to theatre and different tastes,” she says. “We try to create a mix of shows over the course of the season that balances popular, known pieces with great plays or musicals that are new to our audience.”

Still, the challenge is balanced with excitement as Galvin and the staff consider their options. “There’s nothing easy about picking a season,” says Galvin, “but the most fun is reading scripts and talking to our smart and creative staff about how different projects might work together.” That creative brainstorming is the start of many months of hard work and talented artistry that provide entertainment and enlightenment for theatre-goers throughout the year.

Each show is unique, but they all have a character going through an identity-changing experience. The Mainstage Season starts with The Great Gatsby (September 5–22). This classic book is one of Galvin’s favorites, and she is “excited to explore the glamour and grit of the 1920s as we bring Simon Levy’s faithful adaptation to stage.”

The annual holiday musical comes next, and this year Cardinal will present Disney’s Newsies (December 12–29), inspired by the newsboys strike of 1899 when young workers stood up to the powerful publishers Joseph Pulitzer and William Randolph Hearst. It seems particularly poignant in 2019. “In a time when we see young activists making real change in our world, it will be great to introduce families to this story,” says Galvin. The show has an inspiring message with catchy music and high-energy dancing that will thrill audiences of all ages. In fact, it won the 2012 Tony Awards for Best Original Score and Best Choreography. 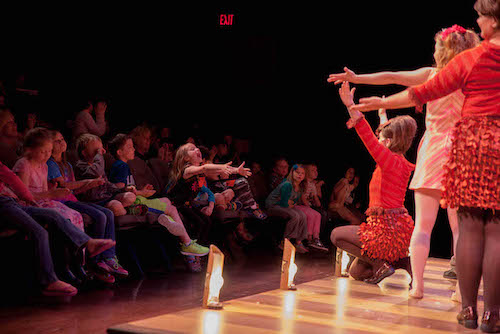 The Cardinal for Kids season will have children and their parents laughing during ‘Charlotte’s Web’ (October 18–November 3) and ‘The Stinky Cheese Man’ (May 1–17). | Photo by Blueline

To kick off the new year, Cardinal will produce the dark comedy The Roommate (January 30–February 16). The show is smart and funny and features two memorable characters who find themselves living under the same roof through chance. Galvin says, “This show had a great response at this year’s showcase, and it has a lot of really delightful surprises.”

In the spring, Cardinal will present Ada and the Engine (March 26–April 11), the story of Ada Lovelace, the Victorian era mathematician who is now considered to be the first computer programmer. As more encouragement is given to girls to study sciences, this play seems particularly important. “This is a fantastic play about one of the most important women in science, written by Lauren Gunderson, who is one of the most widely produced playwrights in America today,” says Galvin.

The season ends with the rock musical Hedwig and the Angry Inch (June 11–28), which has “a wonderful mix of amazing music and creative storytelling,” says Galvin. The main character escapes East Berlin by having a sex change (which is botched) and eloping with an American. First a movie, the show was adapted for the stage and generated a cult following after showing on Broadway with Neil Patrick Harris as Hedwig. Finding her identity and peace within herself is the pronounced theme of the show. “Through song, she takes us along for her incredible journey of adaption and redefinition,” says Galvin.

For younger audiences, the Cardinal for Kids season will feature Charlotte’s Web (October 18–November 3) and The Stinky Cheese Man (May 1–17). Kids will love seeing Wilbur the pig figure out who he is while making friends, including his best friend, Charlotte the spider, in the funny and sweet Charlotte’s Web. They’ll laugh (along with their parents) at the silly fairytale parodies of The Stinky Cheese Man.

The upcoming season for Cardinal Stage promises to bring excellent theatre events to Bloomington, where every theatre-goer is sure to find a character they can connect with. “I love every show that we are doing next season, and they are all about identity in some form,” says Galvin. “The characters we are spending time with are all seeking to define or reinvent themselves, through their own eyes or in the eyes of others.” It’s a universal human experience set on stage, connecting every audience member with the characters and humanity.

Find more information on the 2019-2020 season and purchase tickets at CardinalStage.org.