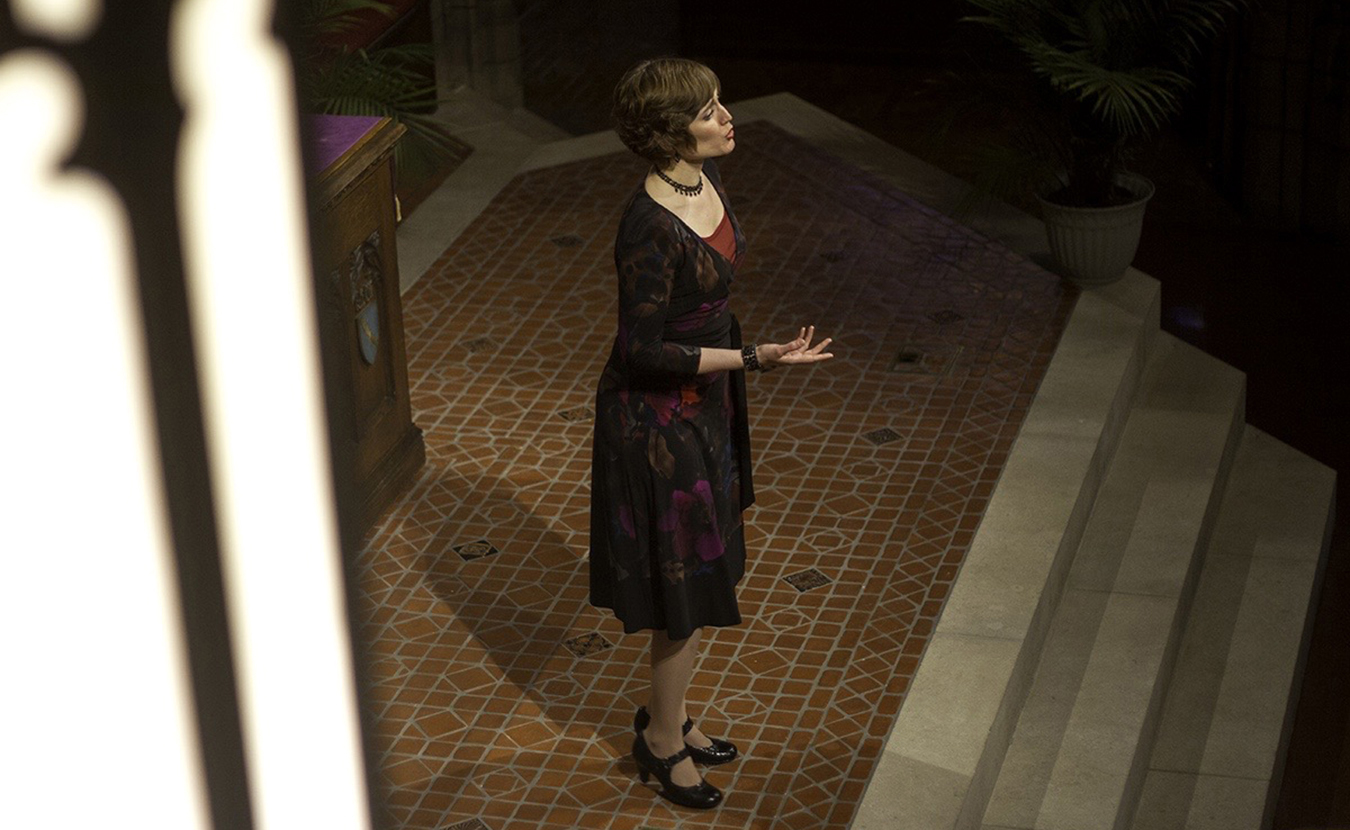 The musical genre art song is a mainstay of vocal performance students, but it is rarely heard outside of practice rooms. Megan Roth, a mezzo-soprano, has a passion for art songs, so last year she founded Calliope’s Call, an organization designed to breathe new life into this little-known genre.

When asked to describe art songs, Roth draws in a breath and her eyes light up. “Art song is musical storytelling,” she says. “The music is designed for the singer and pianist. In a nutshell, it is poetry or prose set to music by a classical composer. Like opera, there is a lot of drama and characterization in the music, but, unlike opera, you don’t have sets or props or costumes — just the singer sharing, with their voice, to the audience. We’re acting!”

A Cincinnati native, Roth holds a long list of accomplishments in opera, oratorio, chorale, and art song. She landed in Bloomington via Boston in 2013 when her husband, Adam McLean, was appointed assistant professor of movement and stage combat for Indiana University’s Department of Theatre, Drama, and Contemporary Dance.

While still in Boston, Roth and friends would stage the occasional art song concert. After settling in Bloomington, she began to design her future around art song performance, raising funds and reaching out to colleagues across the country. Fellow singers were eager to participate, and she was soon booking venues for her inaugural show.

“It’s the poetry and the texts,” Roth says of why she loves art songs. “There is so much music out there in the genre that is not heard. We study it in school. As a vocal major, you take song literature classes but it only scratches the surface. It kind of whets your appetite, and then you graduate and there is no opportunity to perform it.”

Calliope’s Call’s 2015–2016 season, its second, premieres on October 17 at St. Mark’s United Methodist Church in Bloomington with a follow-up the next afternoon at Indianapolis’ Tabernacle Presbyterian Church. An additional show is planned for November 22 in Boston. A second series is planned for April.

This year’s theme is “In Search of Adventure: Cowboys, Gypsies, and Wanderers” and will feature works by Libby Larsen, Antonín Dvořák, W.A. Mozart, Jacques Ibert, Manuel de Falla, Maurice Ravel, and a new commission by Dan Shore. Performances will feature the voices of Roth (mezzo-soprano), Dana Lynne Varga of Boston (soprano), and Thomas Dreeze of Cincinnati (baritone); Shiela Kibbe of Boston will accompany on the piano.

Roth wants to share her passion for art song with everyone. “It is about getting the music out there,” she says. “Our performances are ninety minutes long with no intermission, and the atmosphere is casual. A brief history will be given before each song, and this year I will be projecting translations overhead.” Roth adds that audiences are invited to stay afterward for discussion and refreshments.

One of nine Greek muses, Calliope presides over epic poetry and eloquence. Her name means beautiful voiced. “Calliope’s Call signifies our intent to gather fine performers in this genre,” says Roth, “as well as call together audiences who share our appreciation for the art song recital.”

Here’s a clip from Calliope’s Call’s inaugural concert in February 2015!