Behind the Curtain: ‘Nice Nails,’ A Play That Cuts to the Quick 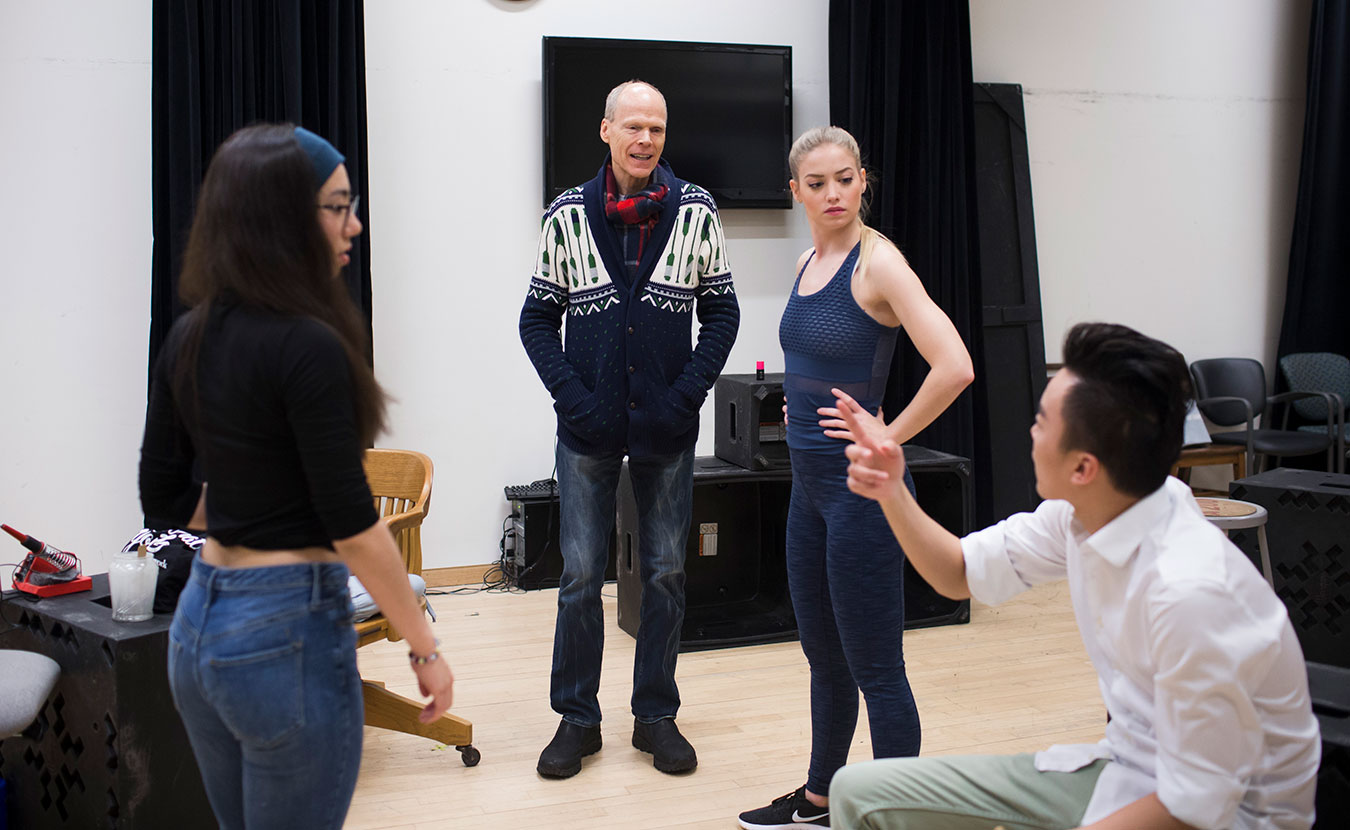 Scrub, file, shape, and polish — a well-manicured set of nails requires time, skill, and work, a fact some of us may take for granted. In Nice Nails, playwright Aaron Ricciardi stages the struggles of the people who make beautiful our chipped nails and chewed cuticles. The play brings together a diverse cast of characters — including a Korean family, a South African immigrant, and a trans man — to explore the personal and political ramifications of labor law violations in Long Island nail salons. 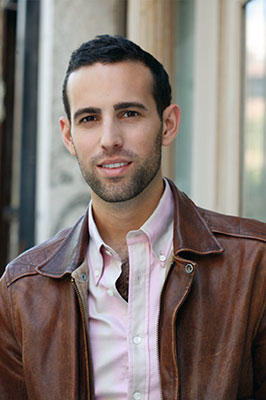 Nice Nails is part of At First Sight, a performance series presented by the Department of Theatre, Drama, and Contemporary Dance at Indiana University. At First Sight is a vehicle for graduate students, like Ricciardi, and undergraduates to stage readings and full productions of their theatrical works.

Recently, a new nail salon, Happy Ending Nails, has opened down the street, drawing away Nice Nail’s customers. To make matters worse for the owners of Nice Nail, the state of New York is cracking down on labor violations. Jasmine struggles to save the family’s nail salon while a relationship blooms between her and Jacob.

Nice Nails is inspired by Ricciardi’s love of salons: “My earliest memories are going to the salon with my mother and drinking complimentary coffee at three years old. I felt like royalty.” While his love has persisted as he’s gotten older, Ricciardi says the power dynamic in such a place is overwhelming. “I’d be so aware of the political charge pulsating through the salon: all these people — mostly white and well-off — getting their nails done by immigrants — mostly Asian and poor. We have no idea what their lives are like.”

The political charge amped up when Sarah Maslin Nir wrote a two-part exposé in the New York Times in 2015 about the exploitation of nail salon workers. Ricciardi, like many others, was upset with the blatant labor violations depicted, and he, too, breathed a sigh of relief when the state took action:

“I’m a proud, outspoken liberal; I think a livable minimum wage is so important. I thought ‘They’re breaking the law, shut them down.’ But then it struck me. The salons are one of the few places these people can get a job. And what’s really interesting, a lot of nail shop owners see themselves as social justice heroes, as helping these poor people that have nowhere else to go. In a way, they are right. That’s why I wanted to write the play, because it’s moments like these where you see life is rarely black and white.” 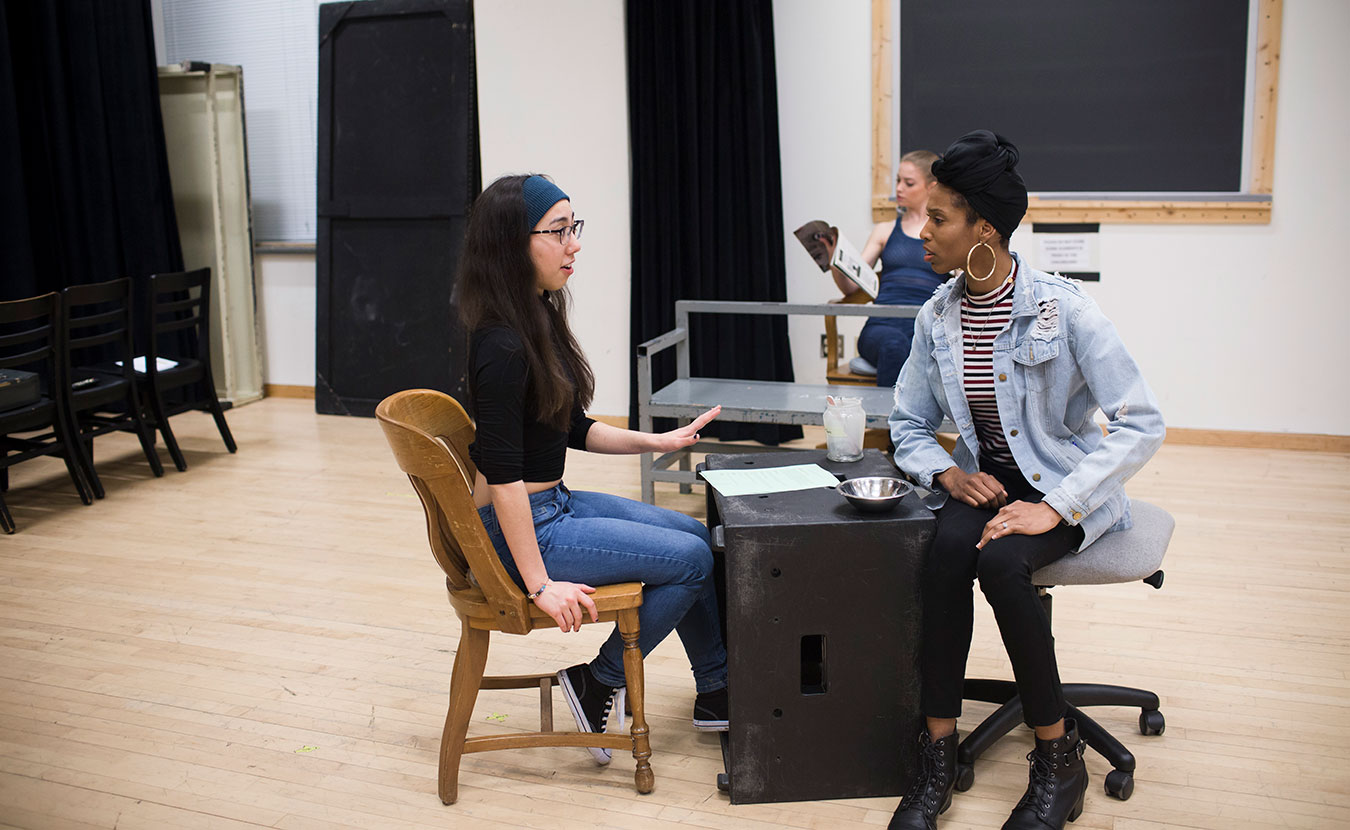 In Nice Nails, this conflict takes center stage. Ariel, Maurice, and even Jasmine are guilty of not paying their workers a living wage. Several times during the play, Nomfundo (Adrianne Embry) — a new employee from South Africa — requests the money she has earned, and Ariel consistently brushes her off. Later, we discover this is not a problem brought on by new competition. Rather, they have routinely underpaid their workers.

Despite the family obviously being in the wrong, the audience has a hard time passing judgment on them. In fact, we are appalled when a female customer (Talia Santia) turns to Maurice, and declares, “You, sir, should be ashamed,” and then continues to degrade him for oppressing his workers while simultaneously touting her own “social justice warrior” pedigree.

This is a gutsy move on Ricciardi’s part. Most playwrights capitalize on catering to the liberal leanings of the typical theater audience. Often in these cases, theater goers leave a bit dissatisfied and feeling like a play “preached to the choir” by presenting a moral or lesson tailored for a specific audience. Nice Nails refuses to do this; it challenges the audience, arguing that easy categories of right and wrong don’t work in this instance, and the implications are felt far beyond the nail salon. 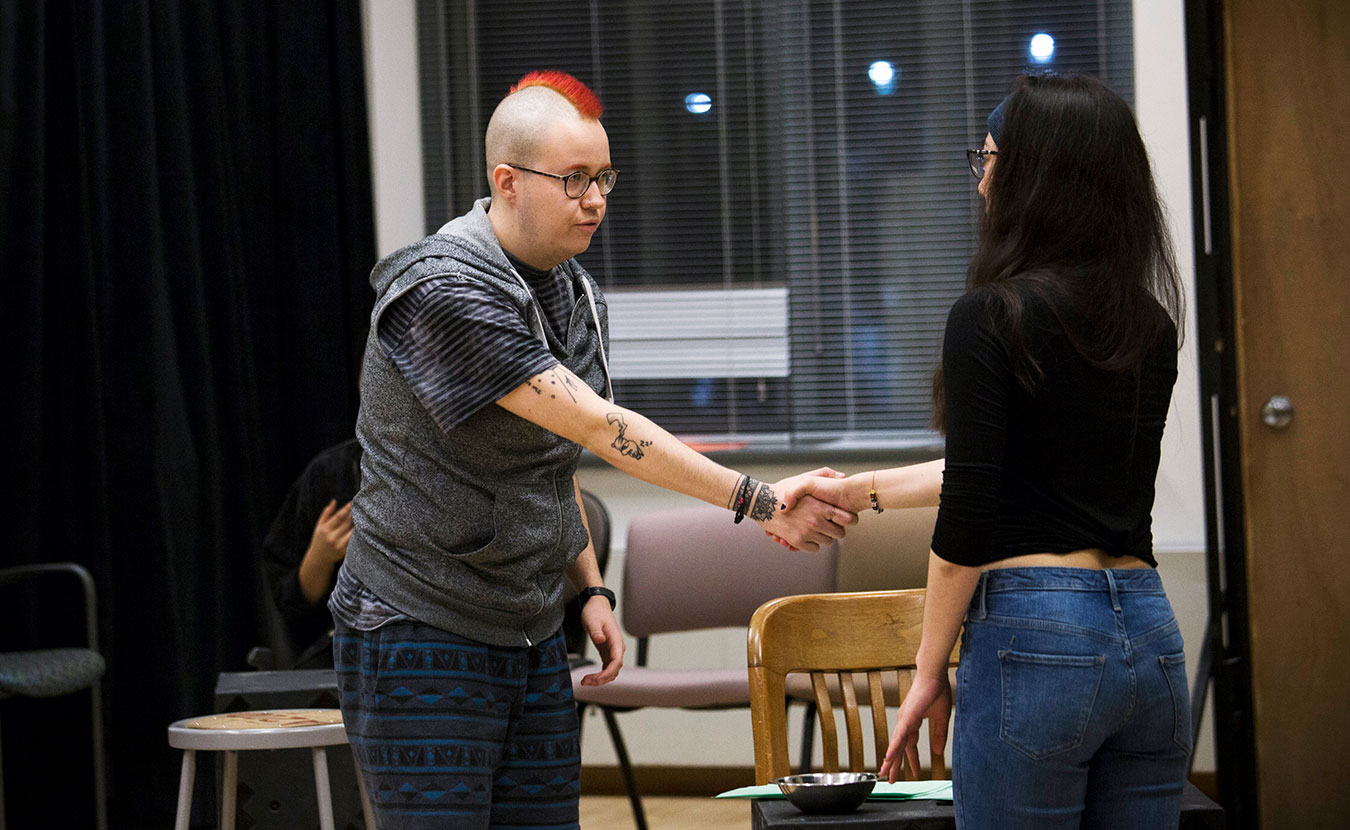 As a trans man, Jacob (Aimes Dobbins, left) has trouble finding their place in the world of the nail salon until their relationship with Jasmine (Nina Donville) starts to grow. | Photo by Chaz Mottinger

The play doesn’t argue against labor legislation. As Jacob argues, labor regulations of the past have led to an overall improvement in working conditions and job satisfaction. Underpaying workers in nail salons, or in any business, is wrong. Action must be taken to change this. But sometimes the right course of action is not always the most compassionate. In this case, it leads to the destruction of Nice Nail and Jasmine and Jacob’s relationship.

Ricciardi’s message penetrates further, thanks to an exceptional — and beautifully diverse — group of actors. All of the performers bring a sense of energy and heart to the stage. Through their dedication, Ricciardi’s fine writing, and Jonathan Michaelson’s direction, we see the fullness of these characters. … No, not characters — people.

A former scholar in Renaissance literature and drama, Jennifer Pacenza has had an enduring love for all types of theater and performance. After coming from Texas to Bloomington in 2009, she was inspired by the wealth of performance talent, organizations, and venues found here. She has been writing about theater for the Limestone Post since January of 2017. When not immersed in the world of theater and performance, Jennifer works in communications at Indiana University and enjoys reading comic books, painting miniatures, and playing fantasy RPGs with her husband and son.
Chaz Mottinger