Stronger Together: Cardinal Stage and BBP Share Resources to Enhance Theatre in Bloomington by Julie Warren 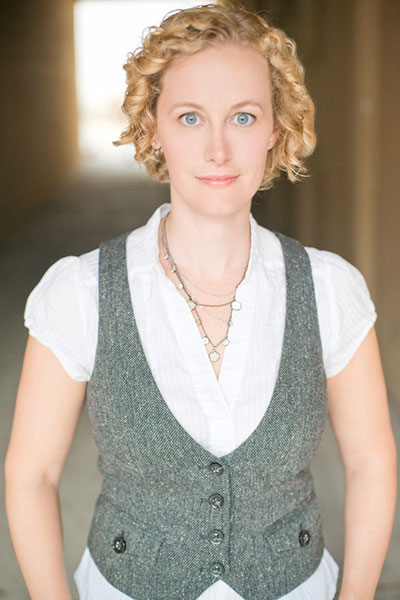 “By creating the infrastructure to work well with another producing theatre, we’re preparing ourselves to take on collaborations of a grander scale,” says Kate Galvin, Cardinal Stage Company’s Artistic Director. | Photo courtesy of Cardinal Stage

Theatre patrons in Bloomington could fill many of their weekends attending the multitude of productions in town. From youth shows to performances by professional companies, there are seemingly endless opportunities to laugh, cry, gasp, and feel connected to humanity through theatre. On a rare evening, we might have to choose between shows by two popular theatre companies, Cardinal Stage and the Bloomington Playwrights Project (BPP).

Though performances may overlap, Cardinal Stage does not consider the BPP a competition but an ally. “Collaboration is at the heart of theatre,” says Kate Galvin, Artistic Director at Cardinal. “A painter can create a beautiful painting all by herself, a composer can write a heartbreaking song in his bedroom, but theatre requires an audience to exist in its intended form.” With this perspective, Galvin looked for new ways to partner with the BPP.

Partnerships are also a priority for Chad Rabinovitz, Producing Artistic Director at the BPP. “Competition is healthy, but community collaborations are even better,” he says. He had also been pondering ways that Cardinal and the BPP could work more closely together. When he learned that Cardinal had hired Gabe Gloden as Managing Director, he knew his former coworker would be receptive. Gloden had been Managing Director at the BPP, working with Rabinovitz for several years during a pivotal growth period for the company. “Gabe and I have very similar values and goals, including partnerships and supporting our community,” Rabinovitz says. He was pleased to discover that Galvin was likeminded, and they began discussing opportunities for partnerships as soon as she took the helm at Cardinal. 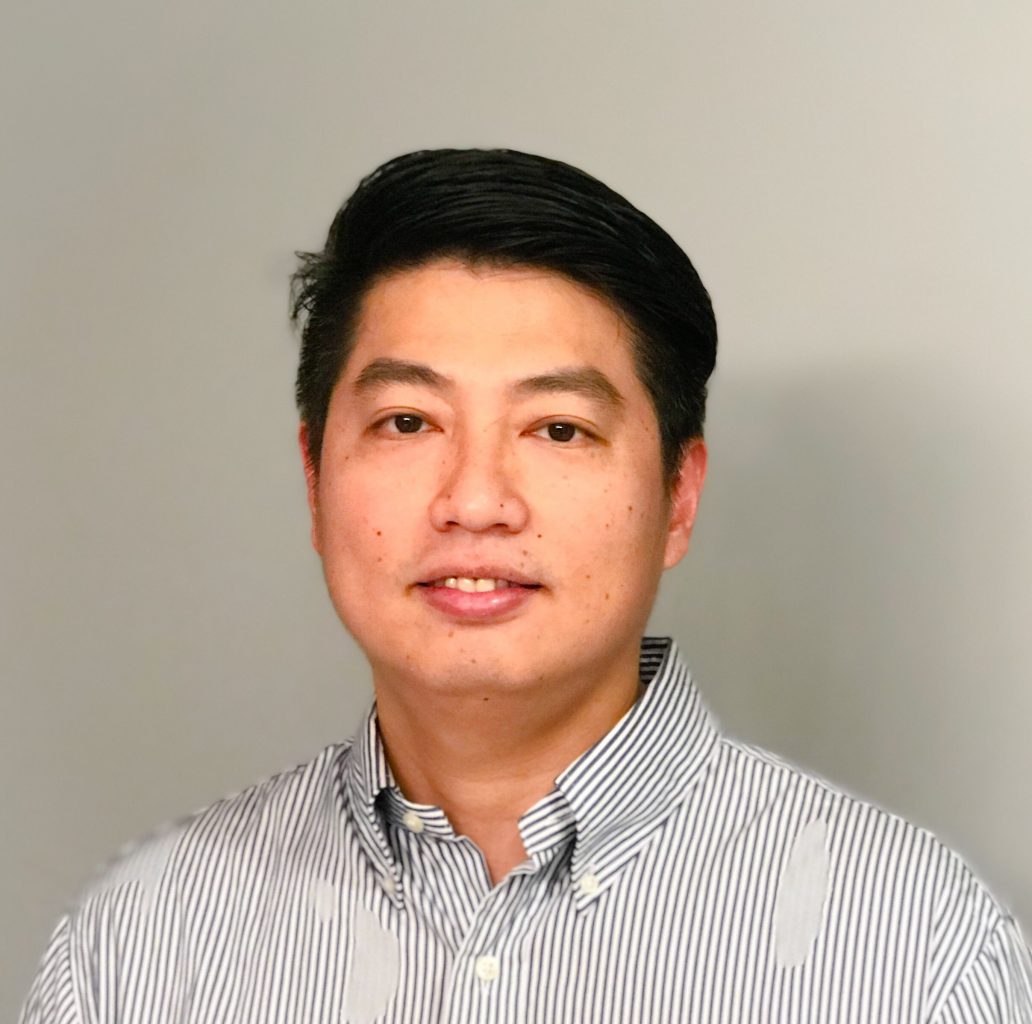 In the spring, they hired Tien-Yin Sun as Technical Director. His job is to create the sets, turning the vision of the director and set designer into reality. As Sun describes it, his usual process involves “budgeting, scene construction, implementation in the theatre, and evaluating and remedying safety concerns during performances.” He works with directors and designers from both companies, as well as part-time staff who help build the sets, which can take a tremendous amount of coordinating, especially when shows are back-to-back. “Thankfully, we were able to coordinate our production schedules to make the work load evenly spread out over the course of the season,” says Galvin, adding, “Tien will be very busy in November and December, though.”

This open communication also allows Cardinal and the BPP to discuss show selections. Rabinovitz notes, “I can send a script that isn’t right for BPP to Kate for consideration, and vice versa. And we are both informed in advance of what shows the other is doing that season.” This helps create complementary theatre schedules that audiences can appreciate.

Still, twelve shows in ten months will keep Sun busy — though that is one of the benefits of this collaboration. Galvin explains that before the shared position, each company would each have to hire someone individually who would have weeks of down time in between shows. “Now, the schedule is full all season long, which means Tien is able to work full-time and be paid accordingly,” she says. 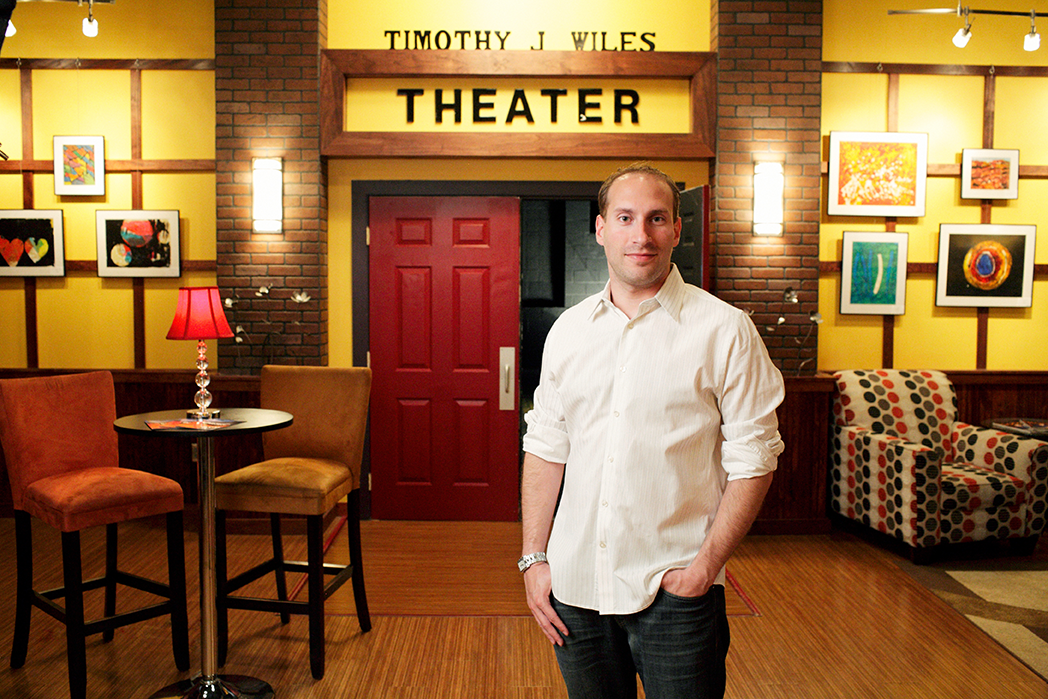 “That’s what nonprofits do — they make life better for the people in our community, and we do that through the arts,” says Chad Rabinovitz, Producing Artistic Director of the BPP. | Photo courtesy of the Bloomington Playwrights Project

Another benefit is the shared resources that come from having a single Technical Director. Sun can use the same tools and equipment on productions and has been able to coordinate a steady part-time staff. “It requires a lot of communication, but I can leverage combined staff time to reduce costs for both companies,” he says.

Both Galvin and Rabinovitz hope this is the beginning of further collaborations. “The BPP has worked with IU Theatre and Ivy Tech on specific programs, and the theatre groups share props and costumes already,” says Rabinovitz. “But sharing a full-time staff person has new and different complexities.” Working through the challenges has helped lay the groundwork for more extensive collaboration. “By creating the infrastructure to work well with another producing theatre, we’re preparing ourselves to take on collaborations of a grander scale,” Galvin says. “My goal over the next few years is to create fruitful, collaborative relationships that will allow us to take more risks and bring exciting artists to Bloomington.”

All of this is meant to further develop the work of Cardinal and the BPP, but it’s also good for the community. “We want to continue to bring quality theatre to the area because it enhances quality of life for Bloomington residents,” says Rabinovitz. “That’s what nonprofits do — they make life better for the people in our community, and we do that through the arts.” But nonprofit arts organizations in this area can struggle to find foundation and government funding, which typically helps keep ticket prices affordable for the market. By sharing resources, theatre companies can provide Bloomington with quality productions and keep costs reasonable. Galvin explains, “Only by working together will we be able to find the means to grow and do the work we all want to be doing.”